North River Boats in Roseburg, Oregon, is one of the largest heavy-gauge aluminum boat manufacturers in the United States with an estimated 10,000 vessels plying the water today. The company offers 12 models of recreational sport-fishing boats and a diverse range of commercial vessels, including pilot boats, patrol boats, crew boats, fireboats, and landing craft. The company continues to diversify, adding the legendary Bristol Bay hull to its lineup. After decades specializing in jet-propulsion vessels, North River Boats launched the Bristol Bay with a conventional prop, powered by a John Deere marine engine. Mike Blocher, director of sales for North River Boats, gives us the lowdown on the company's first production model.

John Deere: What led to the building of this new commercial fishing vessel?
Blocher: We build heavy-gauge aluminum boats. During an International Workboat Show, we were approached to build a bay boat. Our general manager and I traveled to Bristol Bay and started looking at boats, talking with fishermen, and found out what worked and what did not.

John Deere: What did you find out?
Blocher: Bristol Bay is unlike any other commercial fishery. Most fishermen want boats that pack 16,000 pounds (7,257 kilograms) in a fish hold, and they want a recirculating seawater system to get the fish cold quickly. The goal of a lot of fishermen in Bristol Bay is to run fast with as much weight as they can, so that they can get an extra set or two during the tide.

John Deere: How did you decide on the hull design?
Blocher: A proven hull is important, and the one that stood out is the Dick Smitha hull. This boat has great lines, an excellent layout for both comfort and fishing, and works very well with weight in the fish holds. A typical Smitha hull with a single jet and ample horsepower will pack more than 7,000 pounds of floated fish on plane. This is what we were looking for. When I got back from my first trip to Bristol Bay, I called Dick Smitha, who owned NorCraft Marine & Design. It just so happened that he was planning to retire and wanted a succession plan for his design, and we licensed it. 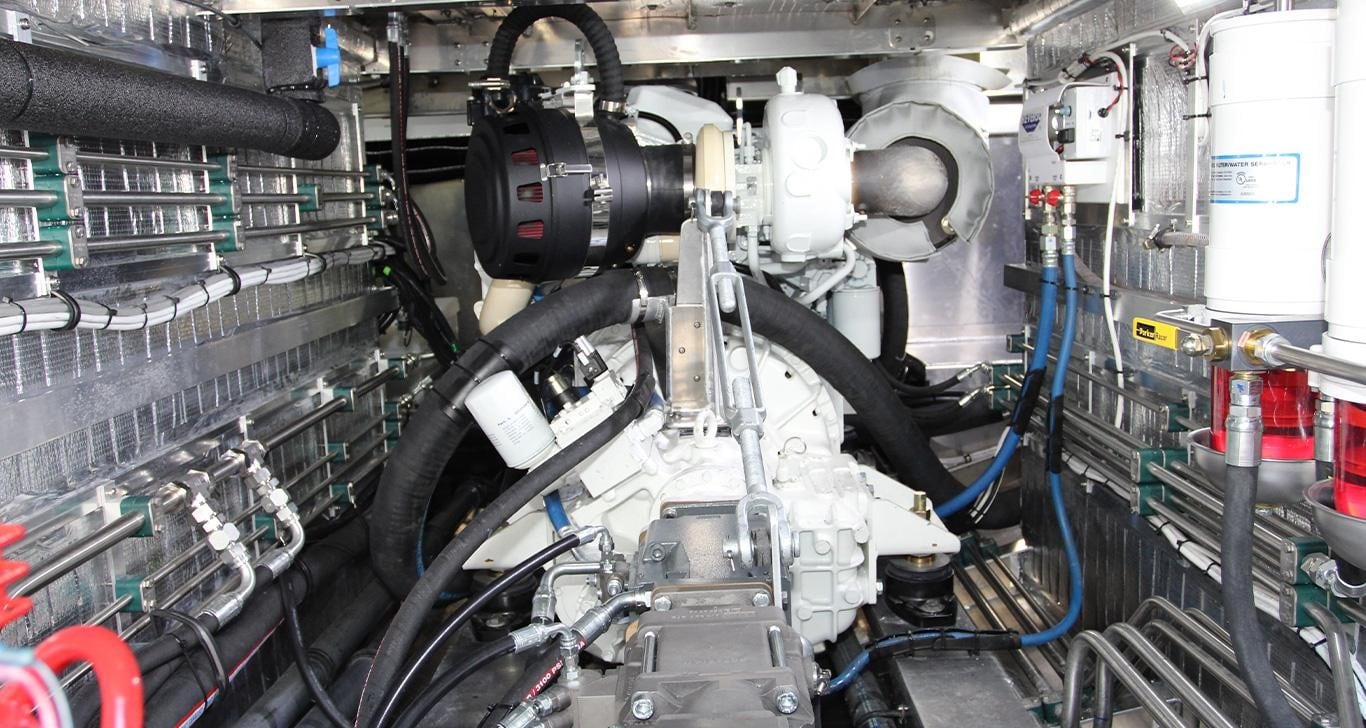 John Deere: Who was your first customer?
Blocher: When the boats came out of the water, I went back up to Bristol Bay and started distributing information about our hull design. I ended up meeting Marty Stevens who had been fishing for more than 30 years and was ready for a new boat.

John Deere: What was on Mr. Stevens' wish list?
Blocher: He wanted a boat big enough to pack a lot of weight and that would chill fish fast, and he wanted a robust steering system that wasn't going to fail. The Bristol Bay has a wheel drive on the deck gear, which provides more pulling capacity and torque so that you can pick fish while towing a net.

John Deere: How was the John Deere PowerTech 6135SFM85 marine engine selected for the job?
Blocher: We've used John Deere engines in other boats we've built, and our customers are very happy with them. The selection of the John Deere engine in the Bristol Bay boat was customer driven, honestly. If you think about it, you're basically putting your entire livelihood in a four- to six-week window, and failure is not an option. The John Deere engine is very robust, and that's what you need for that market.

John Deere:. What was your impression of the boat's performance during the sea trial in Naknek?
Blocher: The performance was incredible. North River Boats installed the marine engine and paired it with a ZF Marine 360A transmission and a 26x26-inch (660x660-millimeter) Pac Master prop. We had 99.4 percent efficiency out of the prop at full power. Lightly loaded, we averaged 17 knots, which isn't bad for a 25,000-pound (11-metric-ton) boat with only 575 hp (429 kW). Loaded with 13,000 pounds (6 metric tons), it still ran 12 knots.

The John Deere engine is very robust, and that's what you need for that market.