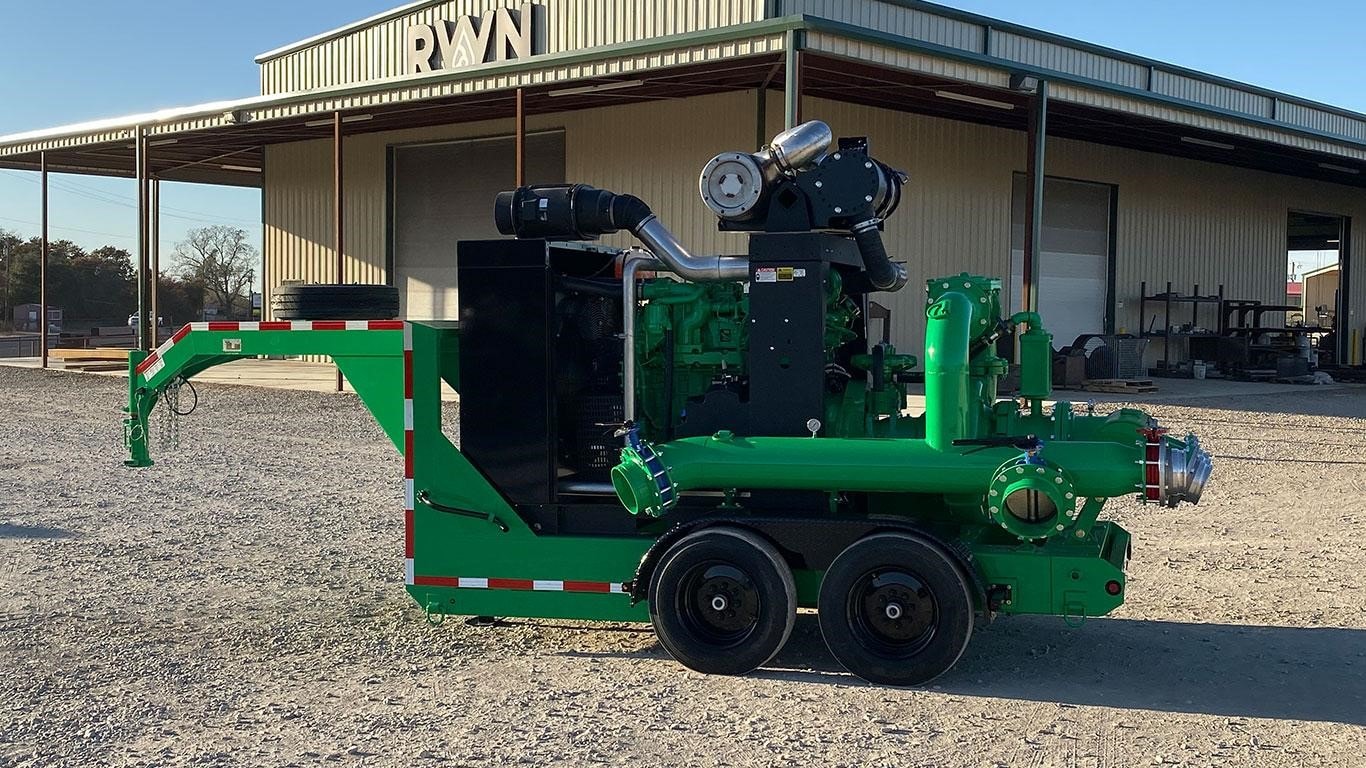 What started as a regular welding job led Robert Naron to a business he never thought possible.

Naron, who owns RWN Contractors, was erecting a new metal building when the welding skills of his crew grabbed the attention of an onlooker who needed water-transfer equipment repairs. One repair job led to another, and over time, others began hiring Naron to build custom trailers for water-transfer pumping units.

"Our welders are top quality with just phenomenal hands; the beads on their welds look just as good as a robot arm," says Naron.

RWN's customers include major rental companies that hire RWN and its welding experts to fabricate oil pump packages, complete with custom-built trailers with integrated fuel tanks appropriately sized for the applications, according to RWN executive vice president Kyle Johnstone. Most pumping units are built to transfer large volumes of water in oil and gas industry drilling and fracking applications.

These include the John Deere PowerTech™ PWL 4.5L and PowerTech PSL 4.5L industrial diesel engines that power a large number of oilfield pumping units. Both engines meet Final Tier 4 emissions standards without the use of a diesel particulate filter (DPF).

"We like a compact, clean-looking engine package," says Naron. "John Deere did its homework; the engineering was on point. I believe it's the best-looking package out there." 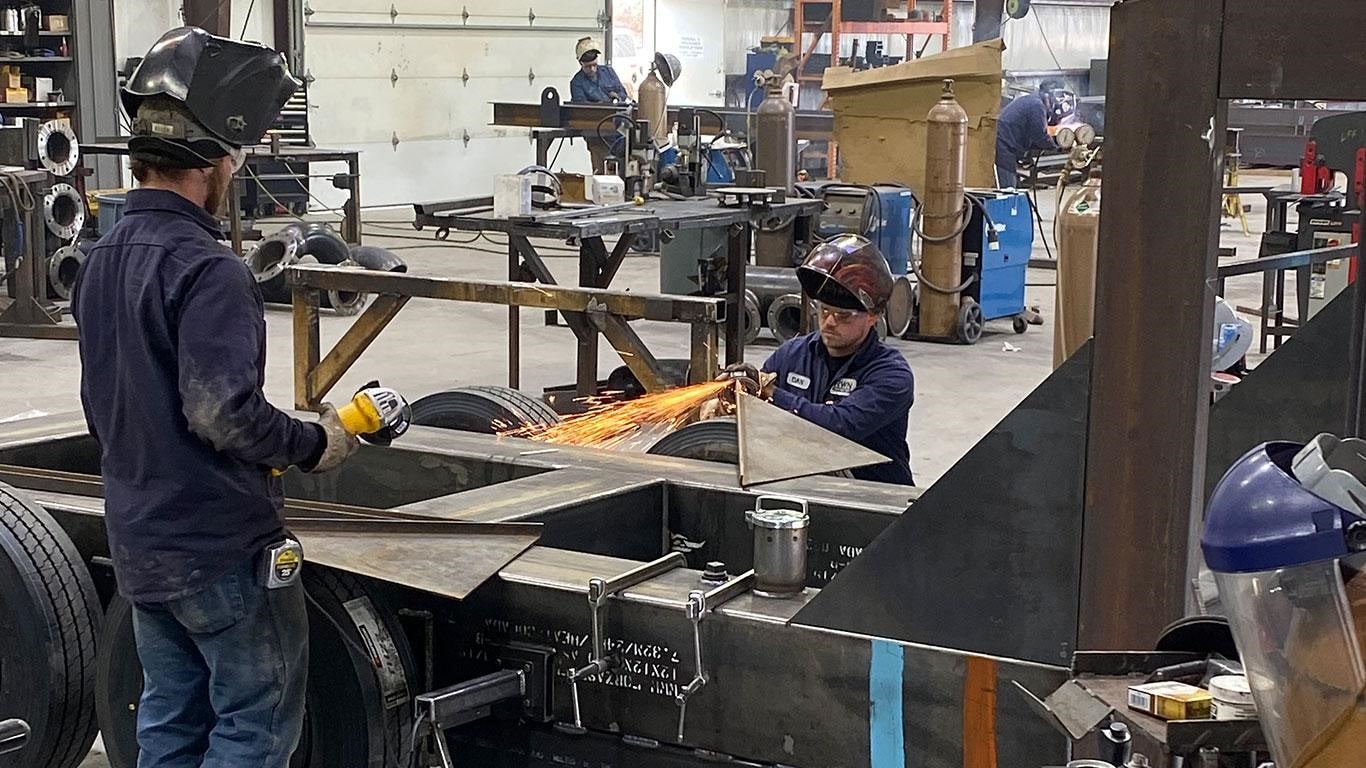 "We send them a spec sheet that includes the kind of paint we want sprayed and the paint thickness, and they do exactly what we ask them," says Naron. "As soon as the engine lands at our facility, we put it on, bolt it up, test it, and it goes out the door."

To accommodate the needs of rental companies, RWN relies on the quick response of engines, inc. "We needed a simple adjustment to the electronic control panel, and we didn't have the software to do it. Who gets on an airplane the next day and gets down there and fixes your software so you get your shipment out? engines, inc., does."

Naron says the product quality, service, and support from engines, inc., align with RWN's own approach to business. "We take very high pride in the products we build. We have a five-year limited structural warranty because we stand by our product and believe in it."

"We run with the best because that's what we try to build. At the end of the day, John Deere is number one in our eyes," says Naron. "It's been around for years, it's proven in the industry, the quality is always there, and the support that engines, inc., gives us is phenomenal. I couldn't ask for anything better."

John Deere did its homework; the engineering was on point. I believe it’s the best-looking package out there.