A set of specific challenges arise when working underground, and a pair of 944K Hybrid Loaders and some 410E ADTs — along with an unflinching workforce — make it possible to master them. 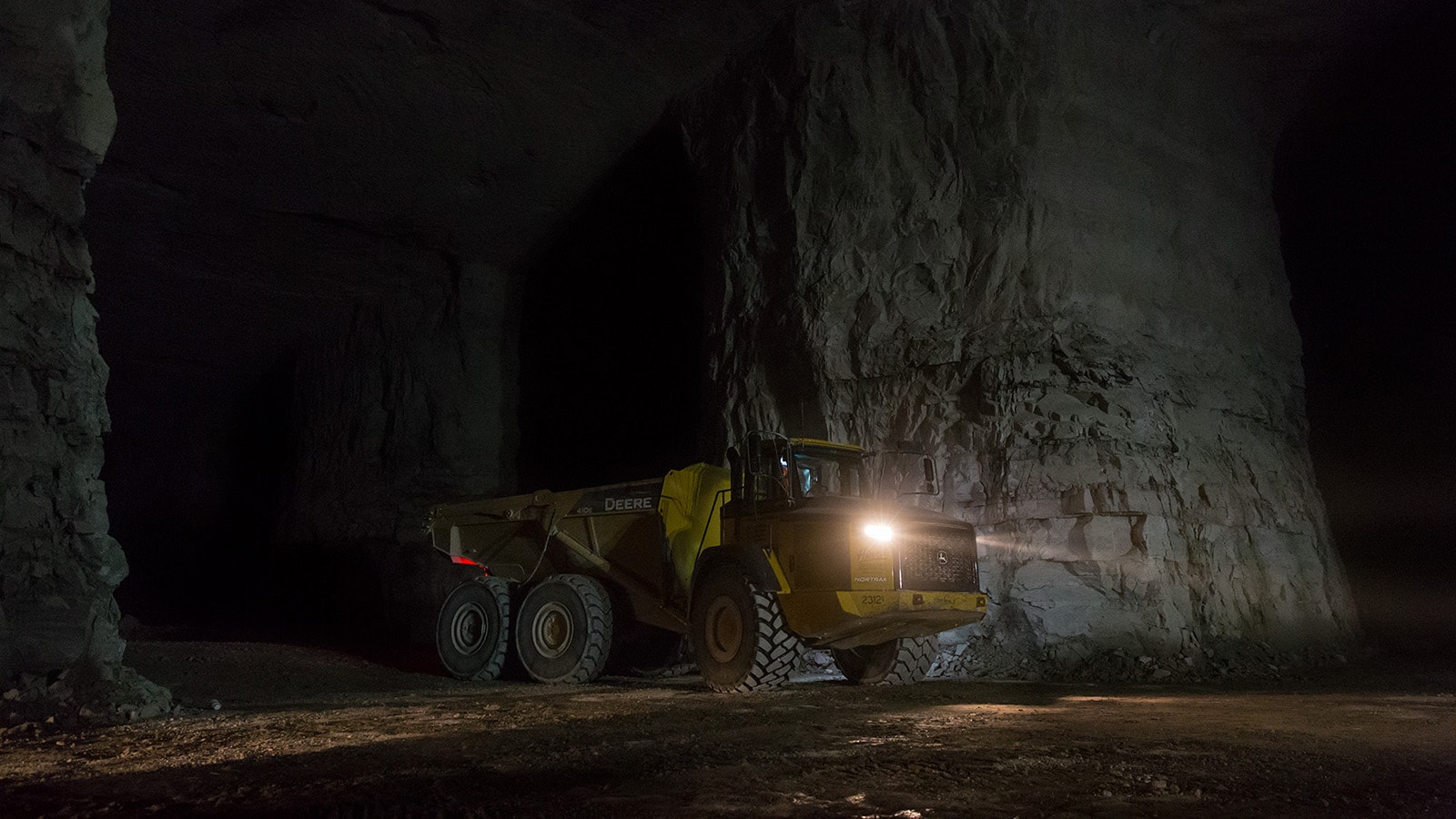 75 Years Strong: Hinkle Contracting Company is a provider of quality construction materials and services in Kentucky and the Southeast.

Winding through misty mountain roads, the stunning landscape softens to rolling hills gleaming with the vibrancy of early spring. Last night's soft frost is losing ground in the warming sun. While most people covet the increasing hours of daylight, it's a luxury nearly foreign to the underground miners of Hinkle Contracting Company.

"Oh, I don't pay it any mind," shrugs Hinkle's East Area Manager Donnie Spencer as he regards the lack of natural light on this jobsite. "You start your shift pretty well in the dark, spend a good 10 hours down there, and come back up about the time the sun's setting. All in a day's work." Easy to say for a man with mining in his blood.

"And honestly, in the winter it's pretty nice. It stays a constant 60 deg. and is relatively quiet, other than the machine noise. Most everyone is in a sealed cab, so the little bit of dust really isn't even an issue. I've never heard any complaints about the work environment or missing the sun. Whether underground or on the surface, miners are a pretty tough breed."

Jagged, cavernous, and colossal, the Bourbon Limestone quarry of Paris, Kentucky, looks more like the ancient ruins of a lost civilization than it does the foundation for our modern one. Even with a map, auxiliary lighting, and hieroglyphic-like markings on the walls, it's easy for a newcomer to get turned around. But coming from a mining family and with nearly 40 years of experience, Spencer serves as a far more valuable guide.

"From where we stand, it's 375 feet straight up to the surface, the ceiling is at 65 feet, and we have about 35 acres of open space down here." Hinkle cuts its headings in 50-footwide slabs, leaving another 50 feet before starting the next. This creates a checkerboard-like pattern of columns that support the tremendous amount of earth overhead. "We blast three or four headings at the end of each day, and try to move most of it all out the next." That makes for an approximate 3,000 yards or 4,000 tons of material processed per day at this location alone, contributing to the company's yearly total of 3.6 million tons from its 16 quarry locations. 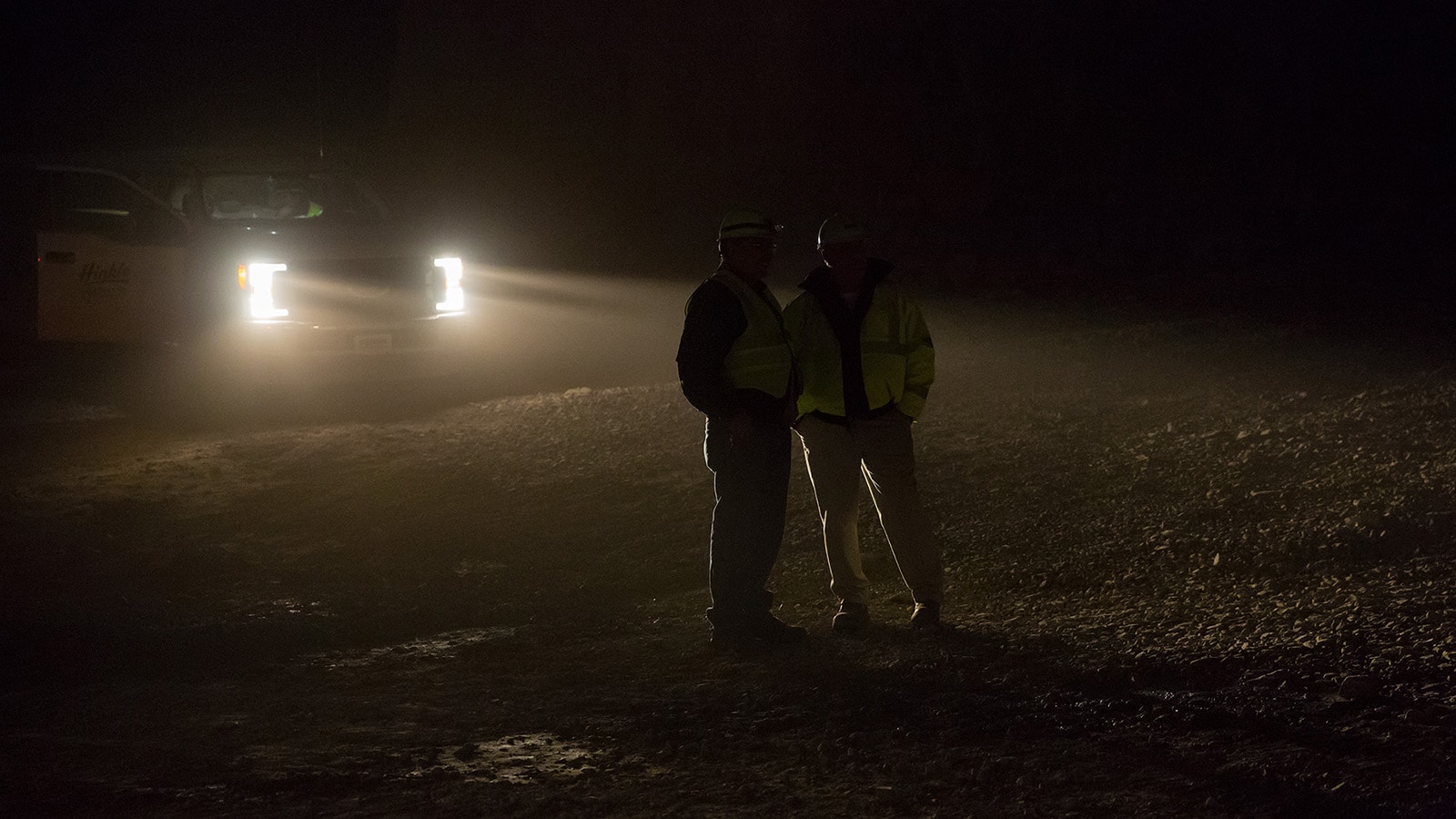 Safety First: Each day at Bourbon Limestone quarry in Paris, Kentucky, starts with a drive through by the foreman looking for loose material, rocks on the road, and safe gas levels.

With no sun to govern its work hours, this crew relies on its own light to get the job done. "The light from the equipment is about all we need," explains Spencer, while Jeff Mingus, Vice President, Equipment Division, adds, "We really love the lighting on the new John Deere models. The optional deluxe LED lighting package on our 944K Hybrid Loader lights up the place like nobody's business."

Having cut his teeth in the Wild West of oil-field construction, where tight deadlines and self-reliance dominate the jobsite, Mingus has just about seen it all. And thanks to Deere engineers, his operators can, too. "The attention to detail regarding illumination alone is pretty impressive. Visibility underground is a huge concern — the better the lighting, the safer we can work. Little touches like the deck, stairway, and ladder lights go a long way. Not to mention the engine bay and other service lights. Since the operator doesn't have to hold a flashlight while doing checks, it's much easier to maintain three points of contact on the machine, helping our workers stay safe." 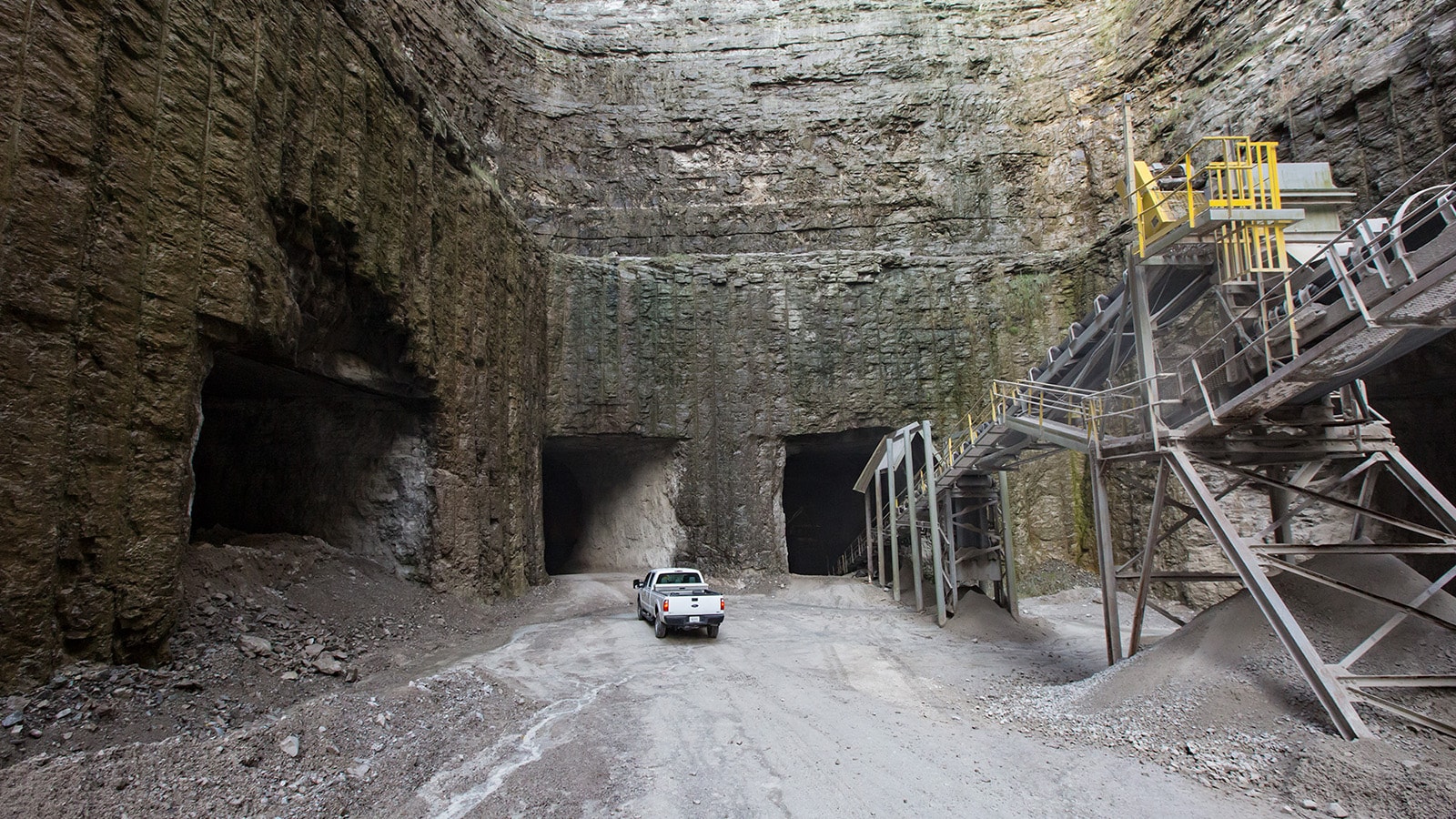 Learning the Ropes: New recruits at Hinkle Contracting Company are required to undergo 40 hours of classroom training prior to entering the mine.

Adequate visibility isn't the only challenge that comes with working underground. Another key aspect is maintaining air quality — which made Hinkle's choice of a John Deere 944K Hybrid Loader all the more fitting. "Our air undergoes constant testing," says Mingus. "We curtain off certain areas and use a number of large fans and ventilation shafts to maintain air-quality levels. The 944K Hybrid Loader has a smaller power plant than most models of its size, so in addition to burning less fuel, the emissions are lower. If there's anything we can do to improve air quality for our people and the environment, we want to do it."

Mingus first saw the 944K at the John Deere CONEXPO-CON/AGG® booth in 2011 and wanted one immediately. And although he wasn’t the first to purchase one, he's proud to be the first to use one underground. Once Meade Equipment, his local dealership, was certified to sell and service the 944K, Mingus ordered two. "Even as a brand-new model, I had complete faith in the product. All you have to do is walk the line at John Deere Davenport Works and talk to the people building the machine. The level of pride they take in their work inspires a lot of confidence in the end product."

Of course, expectations and reality can differ — what's most important is seeing the rubber meet the road. "Meade jumped through a lot of hoops to make this machine purchase possible for us," attests Mingus. "I can't say enough about that organization. We have over 1,000 hours on the machine and have had no real issues. If they ever come up, I know our dealer, Meade Equipment is at the ready to keep us running."