Lyle Newton and Island Pacific Group are helping to revolutionize steep-slope logging in the Pacific Northwest. 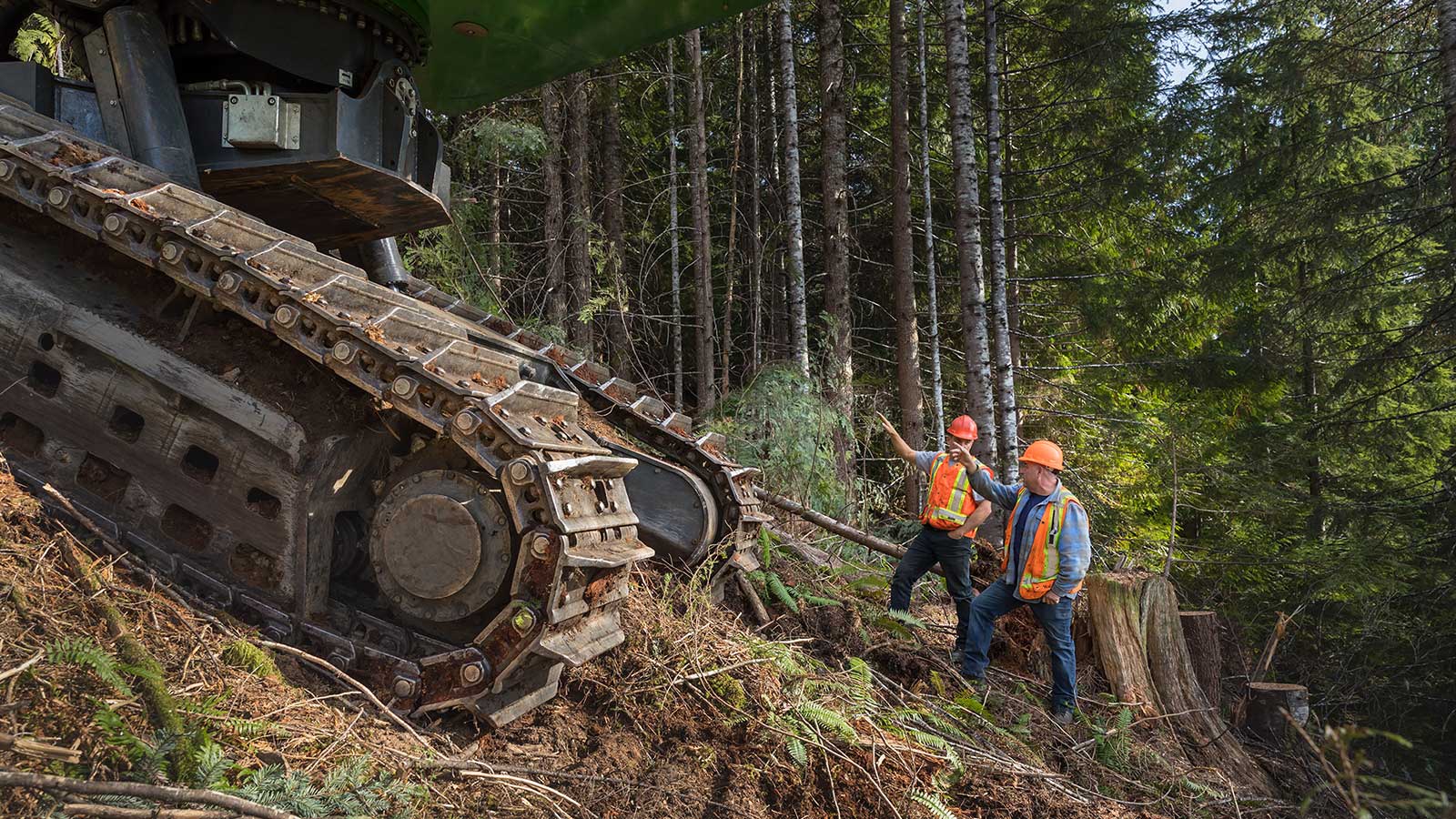 Lyle Newton, owner of Island Pacific Group of Nanaimo, British Columbia, is on the vanguard of this revolution. "The future is steep-slope logging," says Newton. "As logging sites get steeper and steeper, we're going to stay out front and demonstrate how to do things better and safer."

As logging sites get steeper and steeper, we’re going to stay out front and demonstrate how to do things better and safer.

The forestry industry has dominated Vancouver Island's economy since the first sawmills appeared there during the 1860s. British Columbia produces the most softwood timber in North America, and much of it goes through the Port of Vancouver. In fact, 21 percent of all traffic through the Port of Vancouver is forest products, which are shipped to more than 100 countries around the world.

Vancouver Island is home to some of the largest and oldest trees in the world, including the majestic Douglas fir. Historically, old-growth fir was harvested in 80-year rotations, but today 40-year cycles are more common.

Our crew visited Newton at a logging site on the south end of Vancouver Island between the cities of Nanaimo and Victoria. Old-growth stumps were visible among second growth, making it even more challenging to harvest on steep slopes. "It's tough ground," Newton says of logging on Vancouver Island. "The ground was once old-growth timber with big trees and good volume. Now you have smaller trees and smaller volume." 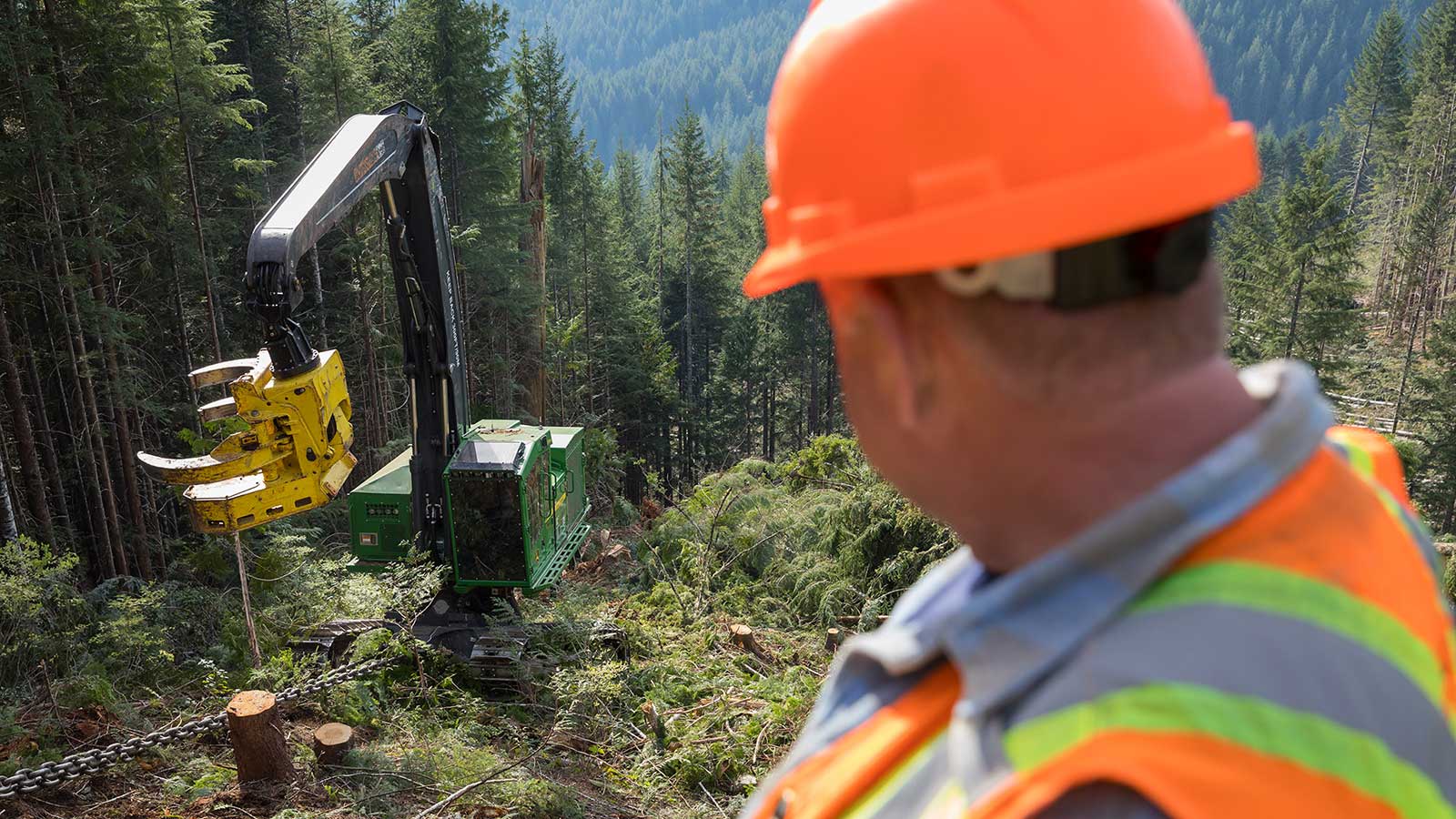 To safely get more production out of its cable-logging operation, Island Pacific Group has needed to innovate. The answer came from the other side of the Pacific in New Zealand.

In recent years, New Zealand's logging industry made major changes to improve the safety of logging on steep slopes. In 2013, the country's largest forest owner mandated that 100 percent of ground-based harvesting and 80 percent of steep-slope harvesting needed to be mechanized. Since then, hand felling has been almost completely replaced by mechanization. But one of the biggest changes — and the one that has improved safety to the greatest extent — is the introduction of winch-assist harvesters. With its strong reputation for safety and productivity, the system is steadily gaining popularity in British Columbia and the U.S. states of Oregon, Washington, and Idaho.

"They've been doing it in New Zealand for over a decade, and the remote-operated bulldozer (ROB) system has been operating for five or six years now," says Newton. "We brought it over here because it makes our operations safer and more efficient. Now instead of four hand fellers, we have one harvester. It's opened up a lot of cutting opportunities because many other companies can't afford to make it work on steep slopes." 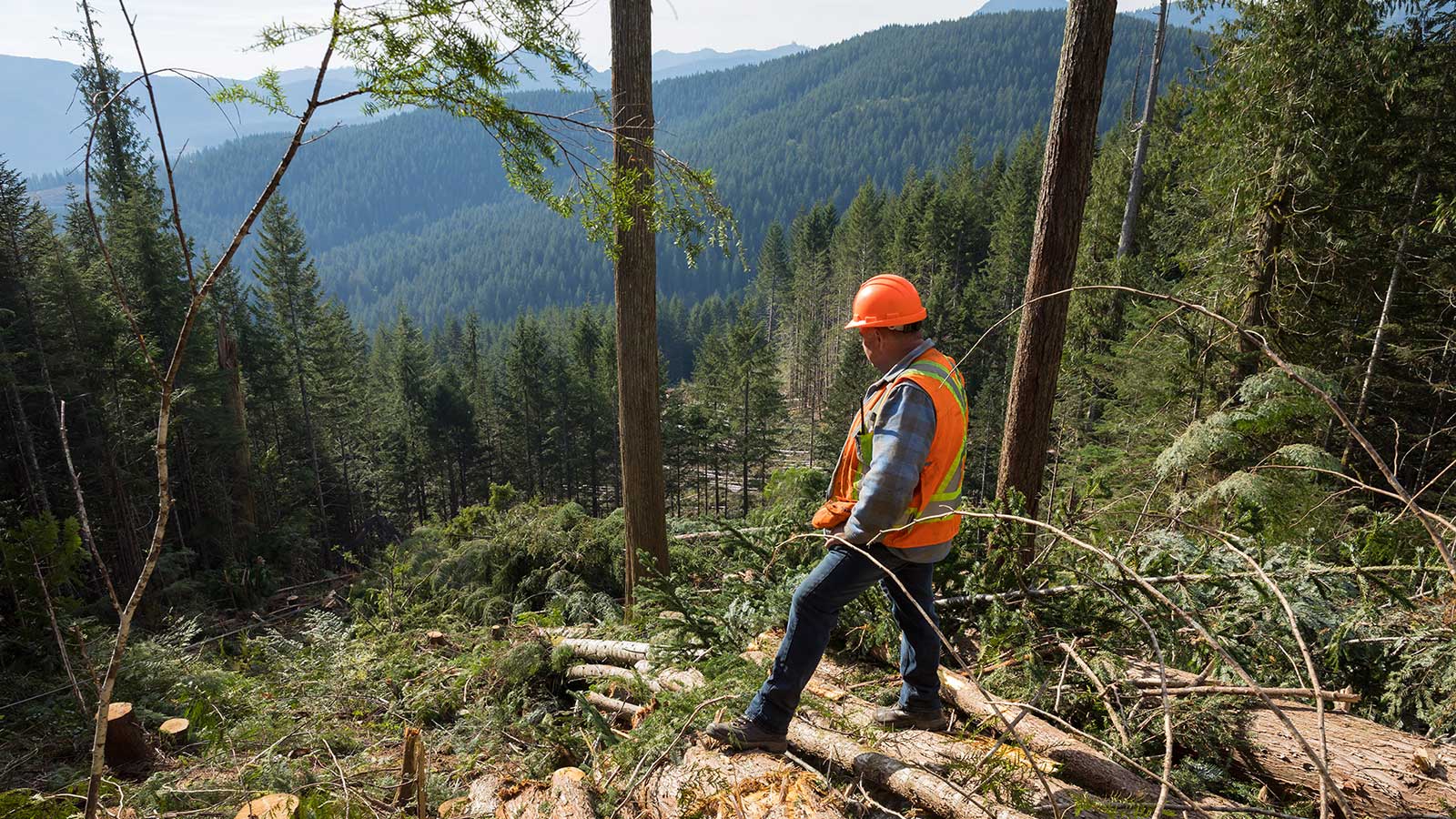 The ROB system the company employs comprises a John Deere 909MH Tracked Harvester tethered to a Deere 850J Dozer, which provides a solid anchor. Twin winches, each capable of supporting up to 21 tons, are mounted on each side at the rear of the dozer. Fairleads are mounted at each end of the dozer's blade, giving the harvester a wide swath to work across. The dozer's hydrostatic drive provides smooth, remote control of the winches by the operator from the harvester's cab. The winch is synchronized with the movement of the machine working on the slope and maintains a constant tension in the cable. "The system provides traction assistance to the harvester by helping keep the tracks flat on the ground," explains Newton. "Without it, the tracks would just spin and you simply wouldn't be able to log on steep ground." There is minimal site damage because of the increased traction of the felling machine.

The founder of Island Pacific Group grew up on Vancouver Island and has been logging for over 40 years. "At the age of 14, I was painting bunkhouses for Frank Beban Logging in the Johnson Straights of Vancouver Island," Newton remembers. "I worked my way up through the rigging to running equipment while I got around to Beban's various logging camps." At the age of 21, he went into business with Randy Harding, who was looking for someone that knew how to run a grapple yarder. "We did stump-to-dump logging and road building on the Queen Charlotte Islands. When the high lead logging started to change into helicopter logging, we made the move to Vancouver Island and the coastal mainland and into a helicopter; adapting to more sophisticated logging methods."

Over the years, Newton acquired company operations, turning them into contractor operations and grew from 12 employees to over 500. At its peak, the stump-to-dump operation logged up to two-million cubic meters in a single year. Today the company has downsized to 140 people. "It's harder to attract young workers and tougher to make money," Newton reflects.

Island Pacific Group annually harvests approximately 60,000 cubic meters of old-growth forest and 500,000 cubic meters of second growth, mostly Douglas fir and hemlock. To get it all done, the company runs four John Deere 2154G Road Builders and four 3156G Log Loader/Processors, in addition to its Deere harvesters and dozers. “The 2154G is super-tough, good on fuel, and builds roads the way we need to build them.” The 3156G Log Loader equipped with a processor head gives the lifting capacity to handle large wood and the reach to sort wood efficiently at the landing.

Newton likes the improved operator stations on the G-Series Swing Machines. “The cabs are really big — lots of room. And visibility is great, which is critical for what we do.” Uptime is essential when the machines are so dependent on each other. When one machine is down, many others often can’t work either. The company uses John Deere JDLink™ telematics to ensure its machines are working — and working properly.

"We can track machine hours and idle time to make sure we're getting the most out of our operators and equipment," says Newton. "Our dealer Brandt Tractor can also monitor and troubleshoot our machines remotely via satellite. They don't have to make a separate trip out to the bush to diagnose the problem. They can come out with the right part the first time, and that's huge when the machine is often hours away."

Newton describes his association with Brandt as a partnership. "We have a great relationship. They provide the parts and service when I need them to keep us up and running."

With reliable machines and strong support, Island Pacific Group plans to keep growing its steep-slope operation. In addition to John Deere harvesters, dozers, and swing machines, the company also owns two Deere 848L Skidders, which it is considering tethering and incorporating into its steep-slope operations. Newton is equipping a new John Deere 950K Dozer with 33-ton winches as the anchor machine for the ROB system and larger machines. This will allow more opportunities including the oil pipeline industry.

"Brandt has been great at delivering the machines we need to keep ahead of the curve," says Newton. "And John Deere makes a good machine we know we can depend on. The two never miss a beat."