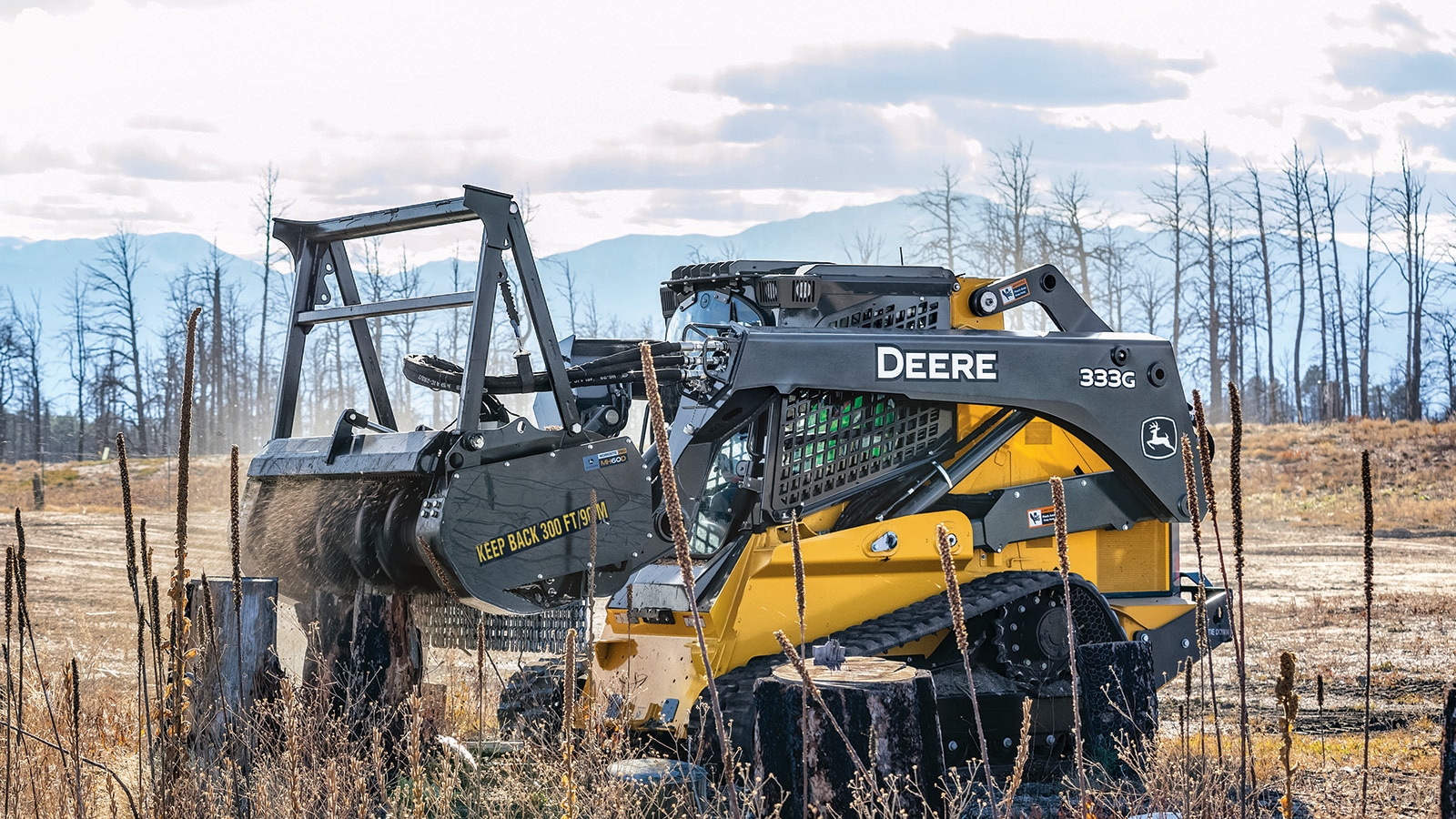 For almost 30 years, G.R. Manufacturing, Inc. of Trussville, Alabama, has been outfitting John Deere dozers and compact track loaders (CTLs) with packages that allow them to help with wildfire suppression and mitigation. These modified construction machines are used by the U.S. Forest Service and state forestry services to help deal with wildfires. G.R. Manufacturing also supplies guarding packages for other applications, including military, waste handling, and demolition.

Protective items are tested and certified to meet OSHA standards. Guarding helps protect the operator and machine in harsh, low-visibility environments where workers are more likely to bump into objects and falling tree limbs are a constant danger. Specially designed guards also protect fittings and components to help keep the machines from breaking down when crews are racing to stay safely ahead of the fire.

The most commonly used direct fire-suppression machine is the dozer. It is also used in pre-suppression mitigation, for example, plowing furrows to create fire lines that prevent the fire from spreading. CTLs are used for pre-suppression activities only, such as the removal of understory, the brush that grows under the tree canopy. They are also used to help remove fuel to create defensible spaces around valuable assets such as subdivisions.