From Flying Fortress to Maine Forest

Logger Dan Melcher is proud of his father’s service in World War II as crewmember on a B-17 Flying Fortress. 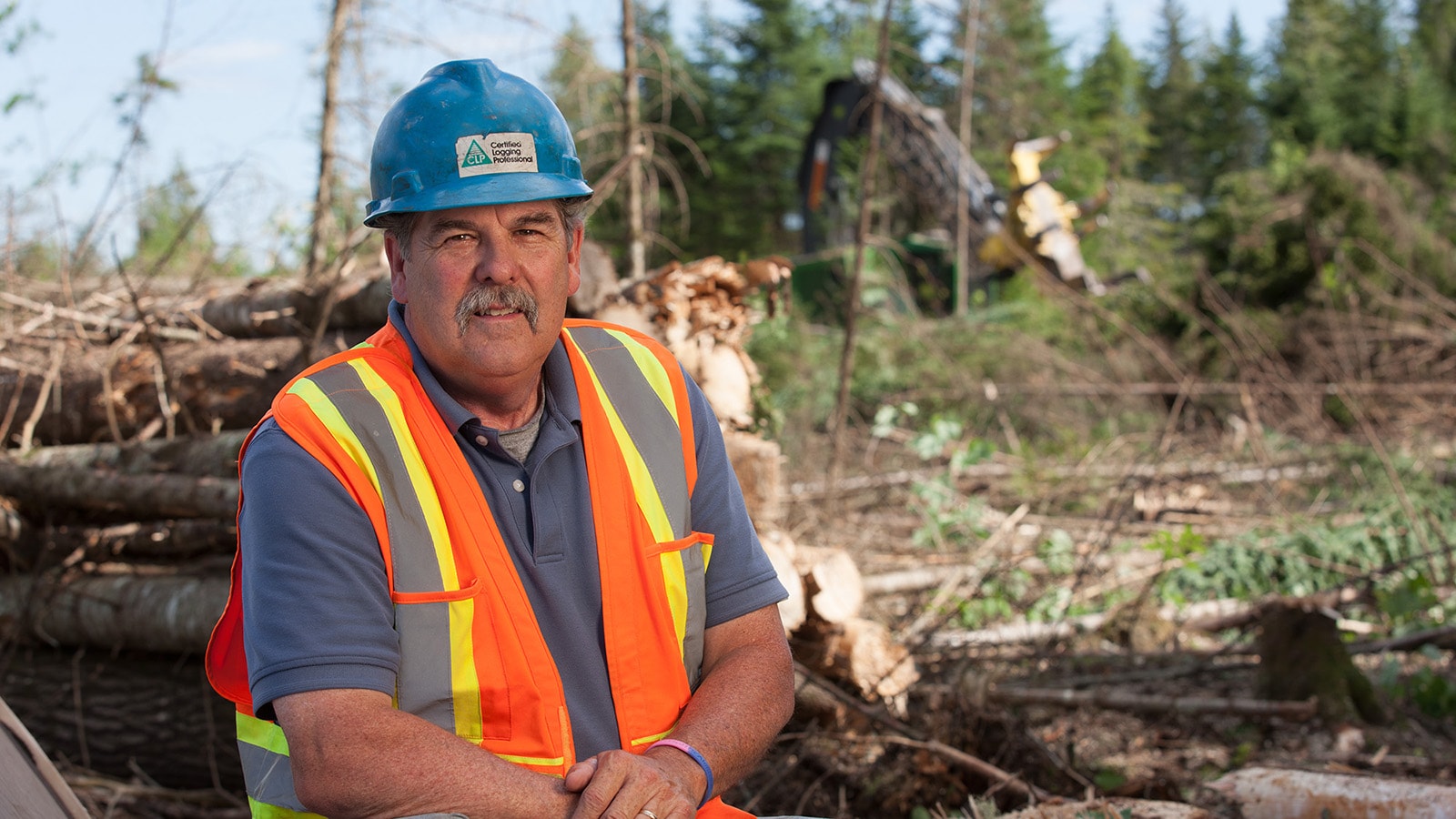 At his office in Bingham, Maine, logger Dan Melcher (featured in the Fall 2017 issue of The Landing), president of Harry H. Melcher & Sons Inc., proudly displays a photo of the B-17 Flying Fortress that his father, Harry, flew during World War II.The iconic B-17 dropped more bombs than any other U.S. aircraft in the war and had a reputation for toughness.

Harry is pretty tough, too. His B-17 survived the war, but he almost didn't. "My father was shot down in another B-17 over Frankfurt, Germany, when he was a substitute for one mission with another crew," says Dan. Harry had not yet completed 25 missions, the number airmen had to fly before they completed their tours of duty.

Like many badly battered B-17s that made it back to base, Harry persevered. After his capture by the Germans, he was held from January until March 1945 as a prisoner of war. The Germans kept moving the prison camp because the Russians were advancing from the east. "The camp actually got attacked at a railroad station by American planes," says Dan. "My father hid out for three days with other prisoners until meeting up with General George Patton's army that was coming the other way. He had some adventures!"

After the war, Henry returned to Florida and started his own logging business. In 1977, he incorporated the business with Dan and his other son, Mike. And the rest, as they say, is history!