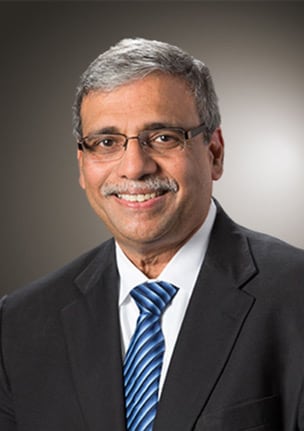 Dipak Jain is the President (European) of the China Europe International Business School (CEIBS), a position he has held since September 2018. Prior to joining CEIBS in 2017, he was Director of the Sasin Graduate Institute of Business Administration from August 2014 to November 2017 and Chaired Professor of Marketing at international business school INSEAD from March 2013 to August 2014. Jain served as dean of INSEAD from May 2011 to March 2013, and dean of the Kellogg School of Management from 2001 to 2009. He joined the Kellogg School of Management faculty in 1986 as an associate professor and became an associate dean in 1996. In 1994 he was named the school's Sandy and Morton Goldman Professor of Entrepreneurial Studies and professor of marketing.

In addition to teaching at Kellogg, Jain has served as a Visiting Professor of Marketing at Sasin Graduate Institute of Business Administration, Chulalongkorn University, Thailand, since 1989 and at Nijenrode University, Netherlands Business School, the Netherlands, since 1995. He also serves as Visiting Professor of Marketing at the Indian School of Business, Hyderabad, India.

In addition to serving as a Director for Deere & Company, Jain is a member of the Board of Directors for Northern Trust Corporation, Reliance Industries Limited, India, and Global Logistics Properties Limited, Singapore.

Jain received a Bachelor's degree in Statistics, and a Master's in Mathematical Statistics from Guwahati University, India. He received a Master's Degree in Management Science and a Doctorate in Marketing from the University of Texas at Dallas.

Deere & Company (NYSE: DE) is a world leader in providing advanced products and services and is committed to the success of customers whose work is linked to the land—those who cultivate, harvest, transform, enrich, and build upon the land to meet the world’s dramatically increasing need for food, fuel, shelter, and infrastructure. Since 1837, John Deere has delivered innovative products of superior quality built on a tradition of integrity. For more information, visit John Deere at its worldwide website at www.JohnDeere.ca.