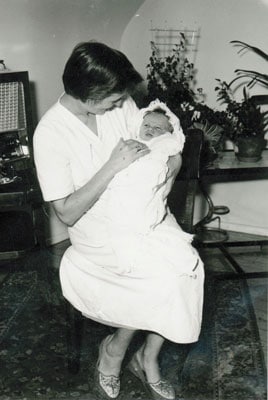 Linda Altherr encouraged her son Gustl's creativity by giving him free reign when it came to building his Lego "masterpieces."

If you asked August Altherr to look back at his childhood and pick a word to describe the younger him, "bold" most likely would not be his first choice. And that would be understandable.

Growing up in Ramstein, Germany, in the 1960s Altherr's mother, Linda, had experienced the joy of several pregnancies. But the heartache of multiple miscarriages meant he was an only child. It also meant that, naturally, his mother worried for his safety, often trying to control his daily life with caution.

There were days when young Gustl would not go to school, not because he was sick, but because his mother wanted to protect him and keep him at home. She watched over him constantly, living in fear that she would lose another baby. The tireless protection had an impact on the boy. It curbed his growth and slowed his learning. For the first 10 years of his life he didn't go outside and play as much as the other children and the days of missed school added up, delaying his education and social integration.

By the time he was 14 his parents agreed, the sheltered existence was not healthy. He was sent away to private school for the next three years, perhaps the most difficult decision his mother ever had to make. It was the beginning of Altherr finding himself. Curiosities grew. Creativity flourished. And, gaining confidence -- getting bolder – took root.

Today, Altherr is known as a fearless innovator, building that reputation in his 33-plus year career at John Deere. Driven by perfection, his keen interest in technology and bringing solutions to customers helped develop the 6000 Series tractor line, the suspended front axle, the S5 tractor, Global Transmission 5000 (GT5), and the 6030 Series with the E-premium and dual clutch transmission.

Those are Altherr's signature programs, but if you think he's the type of engineer that spends his days looking backward you might end up missing his thoughts on the future. He uses words like "digital twin of a field," "artificial intelligence," and "at-home autonomy" with excitement.

"My only regret," he admits, "is I may not live long enough to see these come to be." It's not that he wants to live forever, it's more about turning back his clock. "If I could be a university student now, with all of this in front of us, that would be exciting." 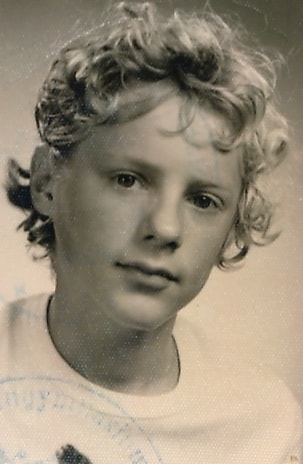 At age 14 August Altherr left home to go to a private school to help accelerate his learning and growth.

Growing up, Altherr had a mind that liked to solve problems and build things. Lego blocks allowed him to tap into both.

"I would take over the whole house," he said, spreading his arms wide.

The description is an exaggeration, but not much of one. His parents owned a three-story home in Ramstein, a city that housed the Ramstein Air Base, the United States' largest non-U.S. military community in the world with, at that time, more than 60,000 soldiers.

The home was split into three apartments with U.S. soldiers occupying two floors and Altherr's family (including his grandmother) living in 1,000-square-feet on another.

He formed friendships with the young troops, spending his days discussing toys, music, and food. His English became so proficient at an early age that it got him in trouble at school because he spoke it with an American accent. In German schools Oxford English is taught. "My teachers said I was doing it wrong and told me to stop," Altherr said.

At age 10 he created his Lego masterpiece, a train station and railway system that sprawled throughout the formal dining room. It was not built on top of the eight-person, dark walnut table but instead from white wall to white wall on the floor. It weaved in and out of the table's thick legs and "in the edges," Altherr said with a sense of pride.

"Actually, I made it difficult to move anything anymore," he added. "But, my mother let me do that. It was set up for three weeks, the room entirely covered. It couldn't be used." 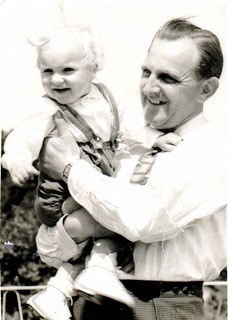 Alexander Altherr ran a successful gas station and Ford dealership and used the family business to teach his son about commitment.

It was this type of creativity that pushed Altherr toward engineering and a decision that still allows guilt to surface 50 years later.

His father, Alexander, didn't acknowledge the intricate plastic architecture. A salesman and not a technician, Altherr said, Alexander owned his own gas station and a Ford dealership. It was a lucrative business that was a source of pride, providing a good income for the family.

"He would shake his head when he would look at it," Altherr said. "Me, I was in my own world and I loved it there. I would just keep building, then modify and build again."

His father had a plan and it involved his son taking over the gas station. Gustl had worked there during his teenage years, often on weekends and late at night. It wasn't "horrible" he would admit, but it really wasn't something a teenager wanted to do when all his friends were doing something else.

So, when he knew he wanted to create for a living he had to tell his father engineering, not the family business, was the future he would pursue.

"I told him I did not want to take over the gas station," Altherr said. "I wanted to invent something. To change things. Renew things. He wanted me to take over the business. I just couldn't. That's not what I wanted. So, he kept working until he got cancer and died."

Altherr barely gets those last words out. He will talk about guilt although he doesn't need to. His expression and tone are examples enough. "That was the hardest point in my life." 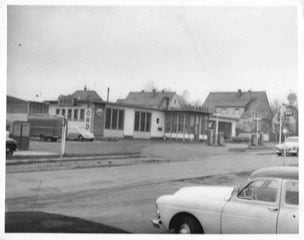 The family gas station in Ramstein, Germany, remains in the family to this day.

His father was 70 when he passed and Altherr was forced to make decisions. To this day he still owns the gas station, renting it out – a sign that the early lessons of commitment taught by his father had stuck. "And," he said, "I couldn't let it go. I couldn't do that to him. It was my way of saying 'Yes, I'll take over the business.'"

His father's death also brought a new sense of responsibility, taking care of the family. "That was a big step for my self-confidence," Altherr said.

He carried that self-confidence each step of the way through his John Deere career, sharing his vision for the future without pause and driving innovation whenever he could. He would ascend to director of Enterprise Product Technology & Innovation at the European Technology and Innovation Center (ETIC) in Kaiserslautern, Germany.

As roles changed lessons grew. As global manager for mid-tractor engineering he was responsible for 600 employees, 600 personalities.

"One Monday morning I was in my office and outside, pacing back and forth, was one very committed worker. I went out and asked him what was going on. He told me he had a sleepless weekend because he was certain I had a problem with him," Altherr said.

On his way to a meeting the Friday afternoon before, Altherr had walked right by the man without any acknowledgement. Deep in thought, heading to his next calendar item, he simply didn't see him.

"It ruined his whole weekend. This is when I realized that what I did, what I said, really mattered. It could have a profound affect. It showed me that when you're in a leadership role every movement you make can have an impact," he said.

"The toughest job in Deere"

Altherr became an advocate for design engineers having lived what he called "the toughest job in Deere." It is a role, he said, that required "the thickest backbone" in a company that can be "cautiously innovative."

"When you are a designer you get beaten up by so many people during the development process of your idea," he explained. "If you can survive the second-guessing and questioning for the 5-6 years it takes to develop something fully then you can make it. But, it's not easy."

Altherr has witnessed this from a front-row seat. Two of his biggest ideas – the suspended front axle and the dual clutch transmission – faced similar scrutiny, sometimes from leaders with the power to shut the entire projects down.

In both instances he found himself walking away from meetings where he was told the ideas wouldn't work but staking his reputation to the contrary. Altherr's voice raises as he relives the tense months surrounding the projects. With the transmission he was told directly to throw out the magnetic shifter.

Altherr leans forward and whispers, pushing the words out: "And I did not do it."

Altherr now heads in another direction. He's reflexive. He talks about commitment, and perfection, and the stress they produce smothering him. So much so, he said, that hearing loss is attributed to his constant push forward.

It feels like a confession. A man driven by the lessons of his father and the care of his mother. He proves he can succeed, sometimes by driving through stop signs put up by others.

"I was at the edge," he said in his normally measured style. "I was so committed to deliver that technology that I invested everything to go for it. Everything."

The lesson from all this, Altherr said, is simple. "We need, in the company, more people with courage. I'd like to see this company be a little bit more aggressive. Especially in the highly competitive European market."

Does the Fellow Award allow him to do that?

With no fear of innovation and a mind that sees more possibilities than problems, Altherr admits there is some frustration in what he does, and the Fellow Award does not automatically reduce that. He sees value in almost all new ideas and wants to explore them with his trademark commitment. The downside of course is it's not all feasible.

This brings unease to a man whose eyes are focused on a future beyond most others. Answers often end in a heavy sigh and this mantra: "We could do more." He quickly adds, "But there is no better company than John Deere to get to that future. There is no better place to work."

While tomorrow can always seem uncertain, it's the past that provides a tribute of who Altherr is.

Ask him to go back to age 10 and grab a Lego one more time. What piece does he pick up? The answer reveals his creative journey.