Lewis learns early on about the power of listening 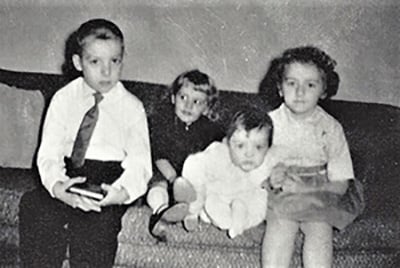 Easter on the farm means time for a family photo. On the sofa, from left, are the Mack children Tom, Carol, Lori, and Connie.

Francis and Donna Mack were like most 1960s farm couples raising a family in the rural Midwest. With four children the lessons of togetherness, hard work, and responsibility were touchstones. Between corn, soybeans, and livestock, there was plenty to do on their modest homestead in Reynolds, Illinois.

Togetherness meant the siblings were often working on the same task. Some days that was weeding a soybean field and getting paid nickels a row.

Hard work meant that when the bean field was complete livestock was waiting.

Responsibility is a by-product of farm life and paying close attention to those demands was the Macks' third child, Carol.

"I quickly learned that responsibility is something you can both take and be given," she said.

Sure, the Mack children were just that, kids. There were the frequent games of hide-and-seek in and out of sheds and barns. They would ride their bikes, crisscrossing dusty gravel roads that bordered their fields. And, on occasion, when mischief went unchecked, a chicken coop could supply enough eggs to turn profit into projectile when thrown at a brother or a sister.

"Of course, my mom and dad were not fans of egg throwing," she said. "Their approach to helping us understand the business of farming was through teaching and listening. We quickly learned that egg throwing did not earn us money or Saturday night treats."

Although she understood the lesson, it was her parents' approach that today Carol Lewis, John Deere's global director for Total Rewards, still utilizes.

"My parents were many things - humble, generous, kind - but they listened. So much is gained from listening," Lewis said.

Listening. It's a word Lewis will use repeatedly when describing her expertise as equal parts architect and curator of Deere's employee benefits package.

The unique thing about listening is it puts others over self. And, it doesn't get much more selfless than Lewis. But she would be the first to admit she's had help. From her parents and her co-workers. And even the person who told her she was losing her job. 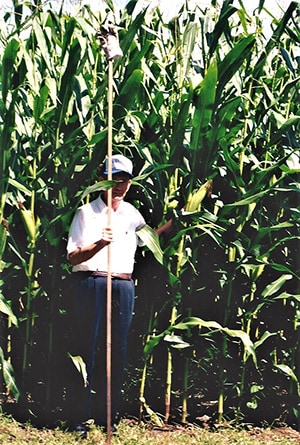 Francis Mack shows how tall the corn is at the family’s Reynolds, Ill., farm

An audience of thousands

In a company of 74,000 employees, many may not know Lewis by name, but most certainly would know her by deed. She likely has done more to impact the daily lives of Deere workers than virtually any other single contributor to the company.

She is your direct link to your health insurance package, your maternity leave, your gym membership, and your retirement planning. Her constituents aren't only union workers or salaried employees. It is not uncommon for Lewis to speak to a congressional legislator, Deere retiree, board member, or senior leader all in the same day.

"We are able to do what we do by hearing from all parties. Feedback is a powerful thing, and people feel the most valued when they know they are being heard," she said.

There is a sacrifice that comes with listening, Lewis said. "We may not always agree, but we certainly can always work to understand," she added. "Even if it's difficult. We owe everyone that respect. I owe them my time and my attention to acknowledge what they are feeling is real and it does matter. It may not solve our problem, but it doesn't make it any less valuable."

It is that practice that brought about the 2007 Healthy Directions program, a project Lewis considers to be one of the team's biggest accomplishments.

"First, you don't do anything alone," Lewis said, making sure to share credit with her team. "What we created is far more than a medical plan. It's a lifestyle plan that supports our employees. Healthy Directions has been around for 13 years and it's thriving. That tells me that what we heard from our employees was properly put into action." 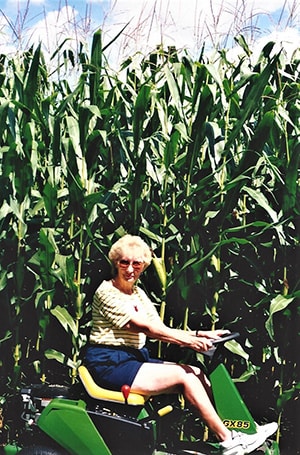 Not listening, then learning

Lewis will be the first to tell you she's not perfect, and she has a signature example to prove her point.

Ironically, it has to do with not listening.

Her mom was a school teacher will multiple degrees. Lewis said she developed her love for school from her mother. In her Fellows Award nomination letter, she was described with two words, "tenacious" and "heart." When it came to school, her tenacity for learning - and her competitiveness for good grades - drove her.

When asked what kind of student she was, she cannot get the words out quickly enough. "I love school," the three words coming so fast they sound like one. "I love to learn. I like the academic environment because I think it's invigorating."

It's no shock she was an honor student in high school and had a scholarship waiting for her at St. Ambrose University. What is shocking is she didn't go. She decided to work instead.

She worked at the Rock Island Arsenal part-time and also went to school part-time and in January 1980 began working at John Deere. It was the dawn of the farm crisis.

Lewis worked second shift in payroll. The demands of the job spread her four-year accounting degree over eight years. By 1986 the weight of the economy had hit Deere, nearly collapsing the company.

A reshuffling left Lewis with no place to land. She was out of a job.

Lewis taps her fingers on her desk, signaling the impact of the event more than 30 years ago is still sharp in her memory.

"It wasn't a huge surprise based on what was happening to the farm economy," she said. "I always say now that you should always keep putting things in your suitcase and be sure you're always ready to move."

Her supervisor would come to get her, take her to a conference room, and break the bad news. It's not you, Carol, it's the economy he'd tell her. He would reinforce her abilities as a worker, again letting her know she was a victim of circumstance.

"He said, 'You know, Carol, I'm so sorry. This has nothing to do with you. It's strictly a numbers game.'"

Lewis would always remember how she was treated in that highly vulnerable moment.

"Whatever angst I had at that time got wiped away by how Roger Peterson - I still remember his name - came and talked to me and made me feel. It's how he made me feel," she emphasized. "When our production workers get laid off, it matters to me. It personally affects them and their families. We should never take that lightly."

Carol Lewis with son, John, at his PhD graduation in May 2019.

A family of her own

Both of Lewis' parents have passed in the last three years, leaving a void in a daughter who learned so much from them. Their lessons are still being put to use through raising her own son, John.

When the conversation steers toward him her smile grows.

"It has been 32 years of pure enjoyment," she says.

John also has proven to be a small piece of motivation for his mother. He recently got his doctorate in sports physiology and performance and currently works for the Kansas City Royals baseball team. Mom shares that she, too, has been accepted and will be pursuing her doctorate.

"After John got his PhD, I was like, 'You know what, why not?' It's more than getting that degree," she said. "If I can help this company by leveraging those talents and also learn from some of the best academic thinking, it's a win all around."

It's that approach coupled with accomplishments and personal connections that have distinguished Lewis in a field where doing what's best can be an expectation. It's her heart that has put her at the top of the profession and her tenacity that's kept her there. But she shuns the praise and recognition.

"This life shouldn't be about credit. It should be about being the best you can be every day and helping others to do the same," she says.

How does she square winning the Fellows Award with that philosophy? Pretty easily.

"My identity is not in that award. It's in how I impact people every day and make a difference."

Those impacts - her impacts - are used as reminders in her office.

Behind her desk photos of her parents and son reside on a shelf. She turns in her chair to look back at the people who taught her so much.

In front of her desk is a chair. It is a symbol of sorts. The chair easily could be in a factory, in a hallway, or meeting room.

It's a place where someone, anyone, could sit and talk to Carol Lewis and be heard.