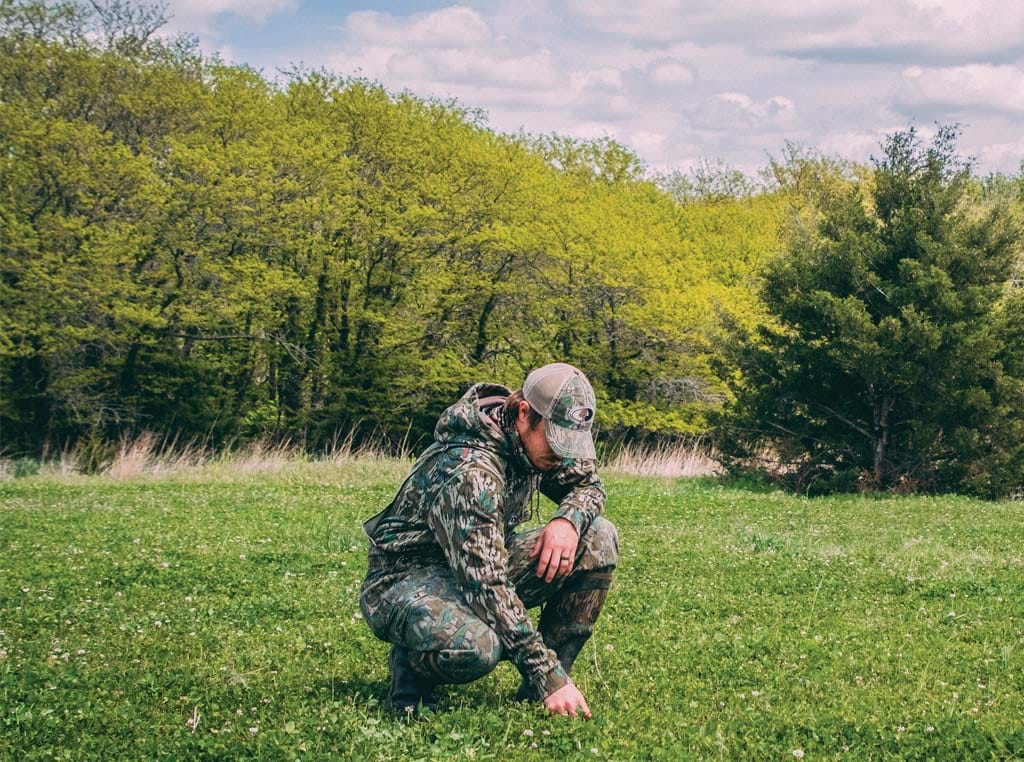 There’s a science to attracting wildlife to your property.

One of the benefits of rural living is an increased opportunity to interact with wildlife and landowners can enhance those encounters by planting a food plot. Whether the goal is simply to draw the sights and sounds of nature closer to your back deck or to lure a cautious trophy buck out of the back forty, a food plot provides an excellent invitation.

However, wildlife management experts and experienced hunters stress the value that management plays in a successful planting. “I get on a lot of properties where wildlife food plots are poorly done and the results are disappointing,” says Dwayne Elmore, wildlife extension specialist at Oklahoma State University.

“There’s some agronomic science involved in doing a food plot. You can’t just buy a bag of seed at the sporting goods store, scatter it on a plot you’ve cleared and be successful,” adds Elmore.

“Success begins with soil testing to determine the fertilizer needs for the plot,” says Cody Butler (left), who hunts on nine food plots he manages on multiple farms in Nebraska and Kansas.

“The species I plant depends on my goals for the plot. Since most are ‘kill plots’ where I hope to harvest a deer or turkey, I use a mix of different types of clover, which is highly attractive to both of those. Clover is also a good source of the protein needed for antler development.” 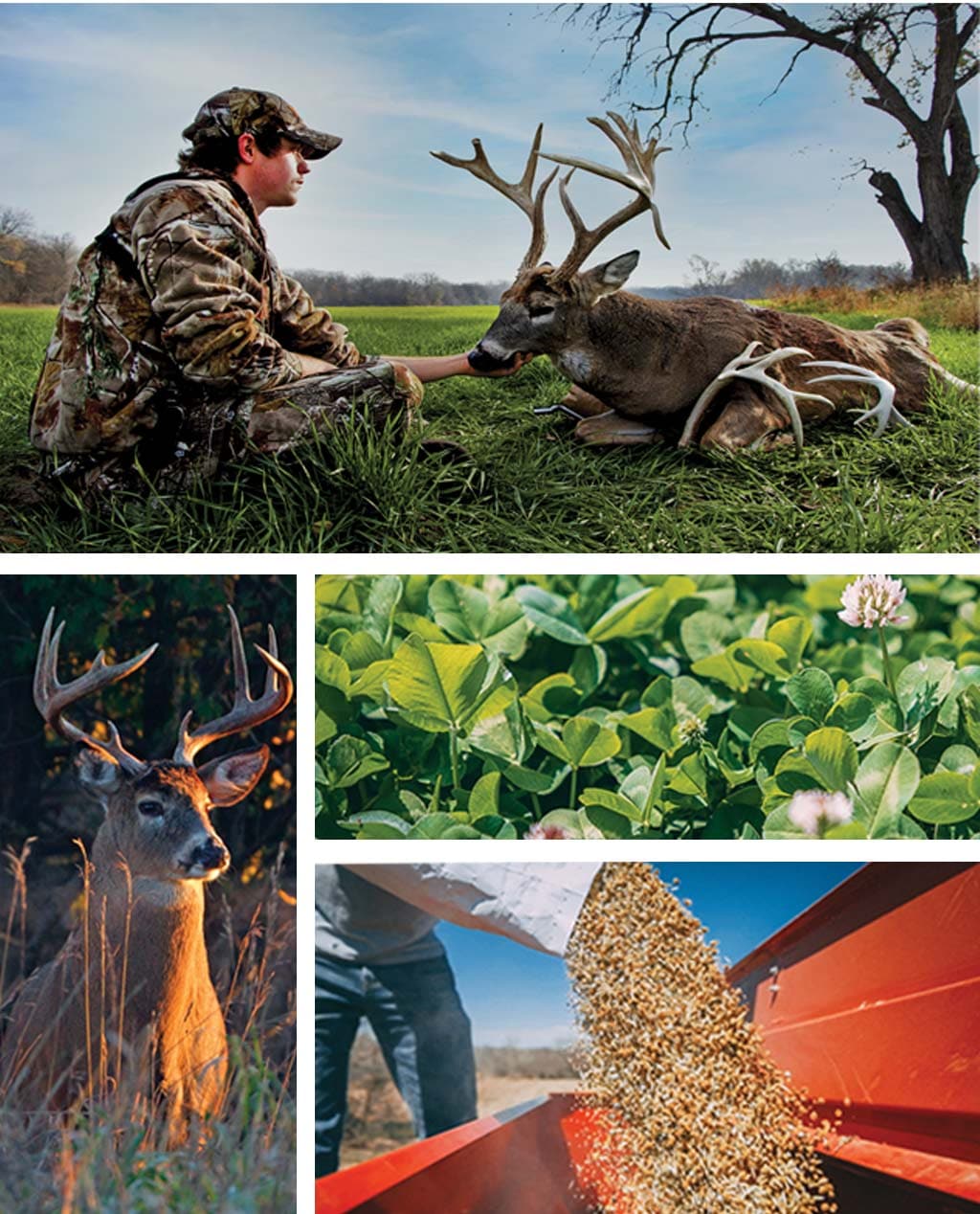 Butler says he likes frost seeding clover on these small 1/4 to 1 acre food plots. “If you time it right you can have a great plot the first year. Overseed the next year and mow once or twice and the plot can last up to five years.”

For late season hunting, Butler likes a mix of cereal grains including winter wheat, rye, black oats and triticale. “I’ll sometimes add brassicas like turnips and radishes and plant the mixture with a no-till drill,” adds Butler, who also does wildlife photography and video for Henry Repeating Arms for which he hosts Hunt with a Henry.

Butler adds that if his goal with a food plot is to help wildlife through the winter he will plant soybeans or milo in larger plots (5 acres) and let it stand through the winter. “This provides a food source for a lot of wildlife.”

Provide variety. As a land specialist with Whitetail Properties, Tim Woods manages food plots for roughly twenty property owners in central Ohio. “I like to provide wildlife with something they don’t have in the crop fields around the plot. If there’s a lot of corn and soybeans in the area, then plant something that’s green in the fall when those crops are mature. Wheat, oats, radishes or clover are good choices as well as big, leafy turnips.”

Woods says clover is the first thing to green up in the spring, so it gives deer high quality grazing when fawns are nursing and bucks are regrowing antlers that were shed over the winter. Deer love clover and he believes either an annual or perennial type should make up at least 5% of seed mixtures.

“There’s a common mistake I see landowners make with clover in failing to start with a soil test. If soil pH is low, clover takes on a bitter taste that deer don’t like to eat,” he adds. 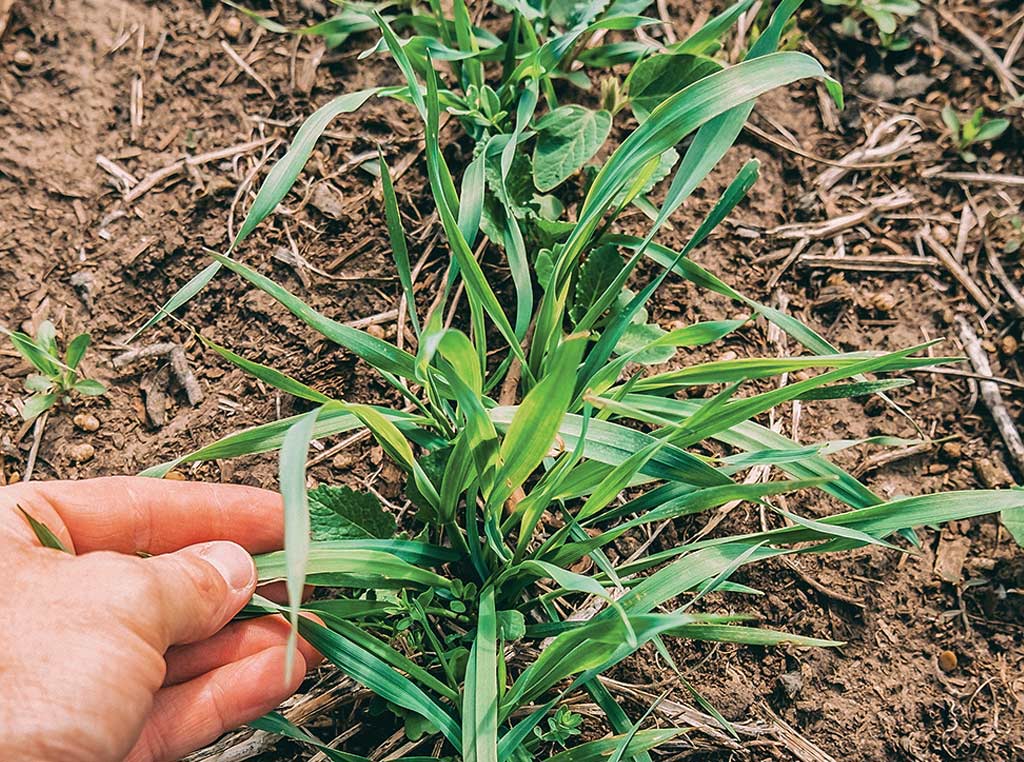 Above. Seed mixtures that include winter annuals and cereal grains help maintain wildlife in the period after field crops are harvested.

Green Cover Seeds’ agronomist Dale Strickler, who is based out of Iola, Kansas, also says seed selection depends on the goal a landowner has for his food plot. “If the goal is to attract wildlife during hunting season, then winter annuals like clover, winter peas, hairy vetch, collards and radish are good choices. Winter oats is also a great species to include,” he says.

“However, if the goal is a nutritional plot to develop trophy bucks then you need to address the area’s nutritional limitations. If fields are all corn and soybeans this occurs after those crops are harvested. Following them with a cover crop of rye, clover and/or winter peas fills this gap by providing fall and winter grazing.”

More information. The expanding use of cover crops by farmers is having a positive impact on many wildlife species, especially upland game birds like pheasant and quail. “Cover crops benefit the soil as well as the wildlife, so if a hunter is leasing the area of his food plot he could perhaps encourage the farmer to adopt cover cropping by sharing the cost of seed,” says Strickler.

“Locating a food plot is also a factor,” adds Woods. “Ideally, you want to be between where the deer bed down and their major food source. Deer like to graze in the shade, so utilize any trees to cast a shadow on the plot in the evening and have a plan to access the plot without giving yourself away.”

Butler says it took him a couple years to finetune the use of his food plots, but the benefits have been undeniable. “Before we had our network of food plots we harvested good bucks, but the consistency of being able to take big, mature whitetail deer has definitely been increased,” he says. ‡ 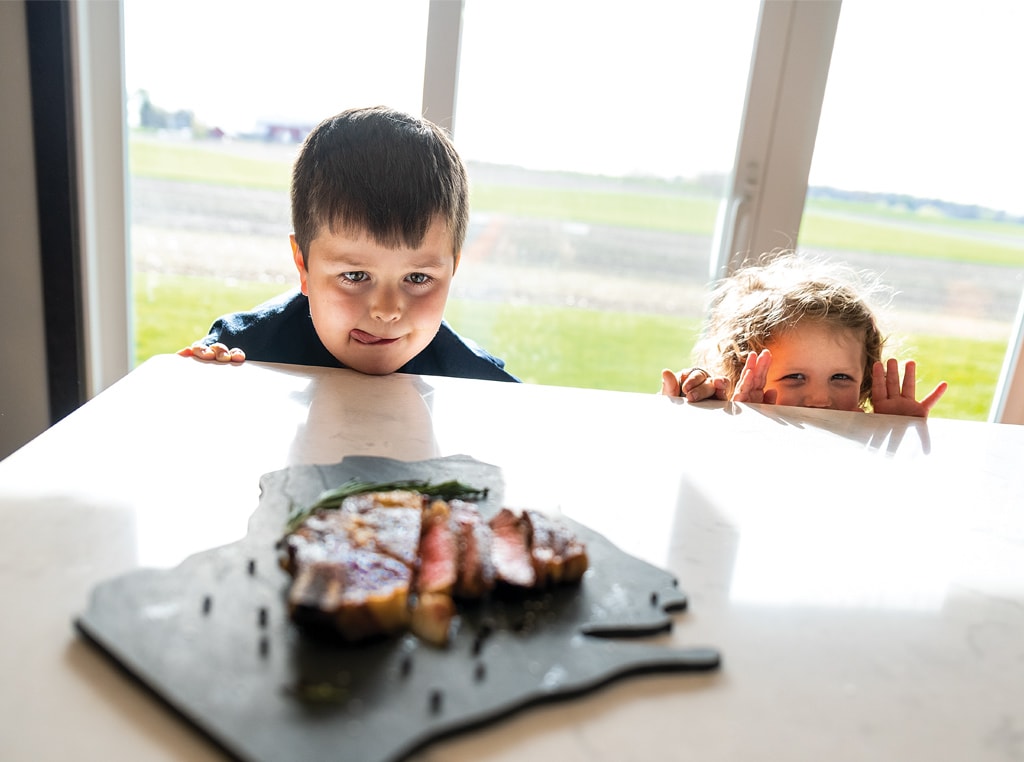 For The Kids Full Story 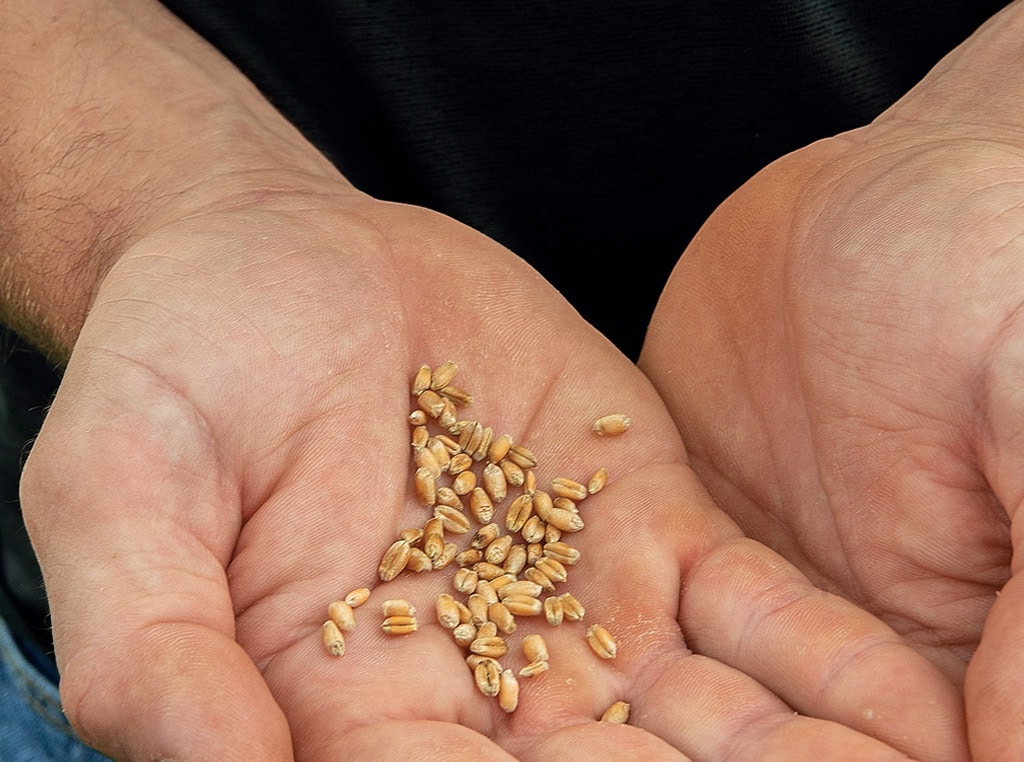