Above. From his field edge, Trey Hill looks across Chesapeake Bay at Baltimore.

A pair of tragedies and a persistent nun transformed Trey Hill into a “Yes” man in all the best ways. He had a profound shift in thinking about who he was, what was important and what his true legacy will be. It’s not his 13,000 acre Rock Hall, Maryland, farm.

His legacy is what he can do with that farm to give back—back to the environment, to the climate, and to the people of his local, national and worldwide community.

In 2016 there was a deadly wreck involving a Harborview Farm truck. Then, an employee came very close to losing a leg to an auger.

“It gave me a crisis of mortality. It made me realize how fortunate I am and that I needed to acknowledge that privilege and give back.”

Stepping up. A well-timed nudge from a Ridgely, Md., St. Martin’s Ministries nun took him in a new direction. A sister approached him at a ministry charity event.

“They were out of protein and, since I was a farmer, she thought I could help,” Hill says. “I thought, ‘I grow corn and soybeans, how on earth could I help you?’”

The request kept stubbornly kicking around in his head.

“What do I do for a living? I tell people I grow 100 million pounds of food per year, but I can’t help the local food pantry? I was out of touch with what I actually do,” he says.

Inspired, Hill called his grain merchandiser with Mountaire Farms to see if he could get employee pricing on some chicken. He bought $300 worth—1,200 pounds.

“I checked that off my list and told myself I’d done my good deed, paid back the good fortune that my farm hand didn’t lose his leg,” Hill says.

But his nun wasn’t done. She called the next day asking for his contact’s number.

“I can’t do that! This guy sets my basis on hundreds of thousands of bushels of corn,” Hill recalls thinking. They needed 2,000 pounds a month — $500 per delivery plus hours for pickup and drop off. “The cost of doing good was getting steep,” he says.

A thought occurred. “I got on the phone at 8 a.m. I called the ag industry people I do business with and asked each to buy $500 worth of chicken,” he says. He called equipment dealers, chemical applicators, fertilizer suppliers, bankers and landlords.

“By 9 a.m. I had the year covered and a wait list. People responded in a big way to providing actual food, not some trinket for a benefit auction.” 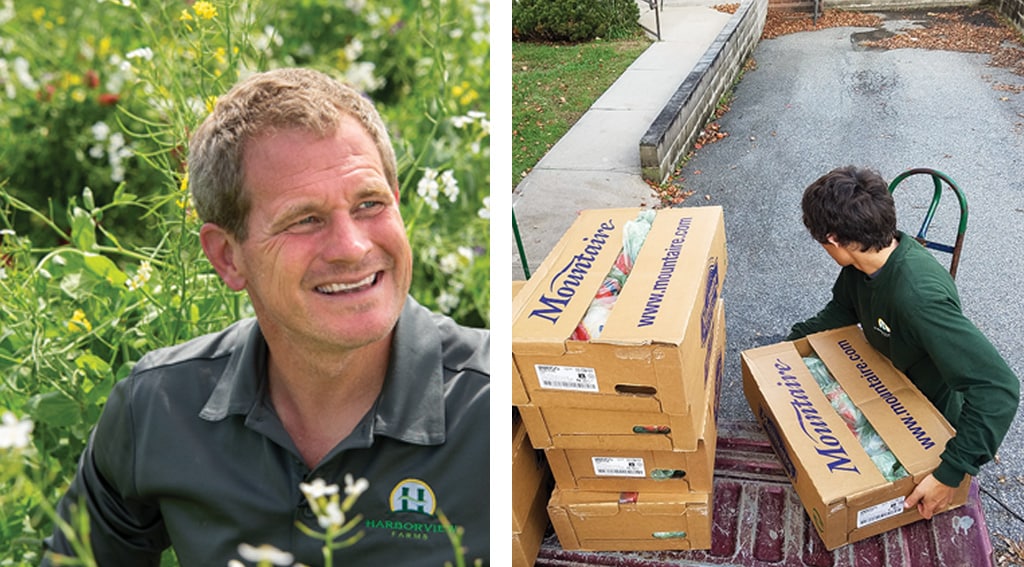 Above. Practicing conservation in his fields and philanthropy in his community supplying food through his Project Protein.

Ongoing trek. Project Protein has since provided 2,000 pounds of protein per month for 5 years, including whole turkeys on holidays.

“We still have a wait list. Seeing the community at work and helping through people I have relationships with was mind blowing,” he marvels. His farming outlook also changed. He’s opened himself to relationships with environmental groups, technology firms and researchers.

“I’ve recognized my farm has the potential to cause harm, but, it also has potential to do great good,” he says. “I can sequester carbon with no-till and cover crops, support birds and bees with different practices, reduce impact on the Chesapeake Bay, feed people healthy food and more.

“I have purpose. Farming had become an intolerable grind. Now I have fun figuring out new practices, embracing change and connecting with new groups of people. It’s fun to be a farmer again.” ‡ 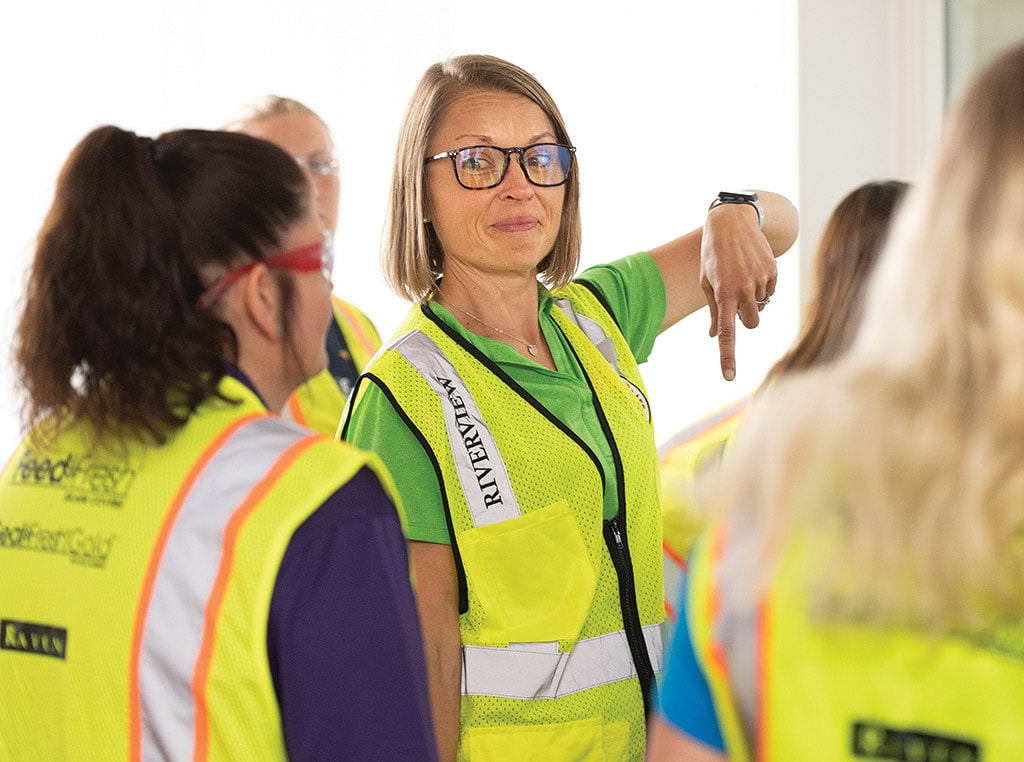 Putting Your Money Where Your Mouth Is

Teaching others to love agriculture through tours and scholarships

Tinkering keeps the fun in farming.