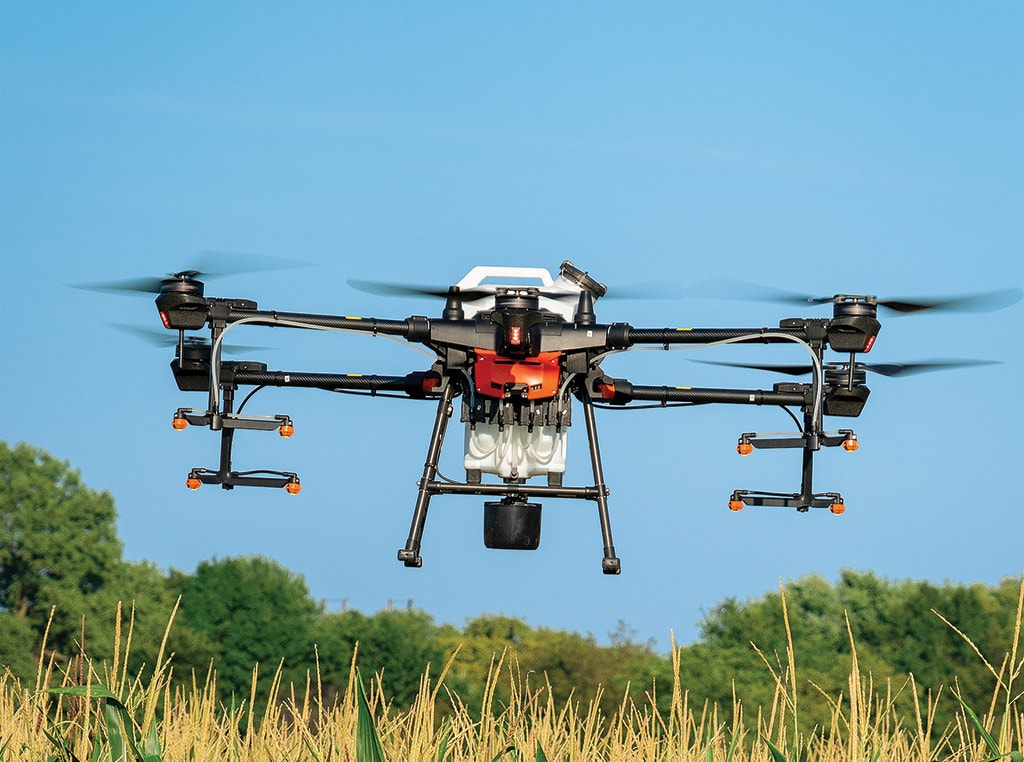 As a child growing up in the 1960s, I looked forward to stories in The Furrow that predicted what would take place on farms of the future. Those stories talked about how farm equipment would get bigger and wider, faster and more efficient.

But I don’t recall anyone predicting that our tools would become smarter—nor did prognosticators see a world where drones would be flying around the farmstead doing the chores autonomously.

Mind the gap. Just how advanced are drones these days? We got a pretty good idea here in our part of Missouri during the 2021 growing season. New software technologies—known by names such as deep learning, artificial intelligence, or machine vision—are helping drones fulfill their promise as a practical tool for precision agriculture.

On the family farm here in Caldwell County, our drones helped find the gaps in emergence for corn and soybean crops. In time for the 2021 planting season, DroneDeploy released an automated stand count tool, based on machine learning and algorithms developed by Corteva Agriscience. This provides stand assessments at the field edge—nearly instantaneously, and without even touching the micro SD card.

We had plenty of issues with emergence (for corn, in particular) during the 2021 growing season, so it was an ideal time to test the new tool. Rather than try to count every plant, the stand assessment tool samples various points within the field, dropping a pin where the image was made.

This allows the drone to cover acres quickly—and, in my case, have results ready by the time the drone landed. I flew a 40-acre field and had results in hand in less than 15 minutes, with many more sampling points than I could ever have done by hand.

The drop pins are color coded; red, yellow, or green, indicating the relative success of the stand. A click on the pin produces the actual image, with row boundaries marked in orange, yellow boxes indicating areas of the row where the stand had missing plants, and a small red cross-hair identifying each corn plant. Soybean stands are evaluated only by gaps in the stand, rather than individual plant identification.

Even at V2, in a field planted into a heavy cover crop, the machine vision was nearly flawless in its ability to count corn. In our case, the tool said we had an average population of 28,500, with an average space between plants of 6.69 inches—close enough to our goal that we decided not to replant any fields.

Clockwise from top left. Drone app identifies rows as well as individual corn plants despite heavy cover crop residue. The same software identifies gaps in soybean rows, though it does not count individual plants. A drone serves row crops as well as specialty crops for Matt Moreland, who uses a spray drone with a 20-liter payload.

Air show. I drove about an hour south of the farm to watch Matt Moreland use a drone for aerial application on his Red Barn Ranch in Harrisonville, Mo. This big, commercial drone (a DJI Agras T20 model) carries a 20-liter spray tank. It can employ a similar tank for dry products.

“We have an agritourism business involving pumpkins,” Moreland says. Those pumpkin patches need frequent applications of insecticides. “I had to wear a Tyvek suit and carry a backpack sprayer,” he says. “We decided to try the drone to spray the pumpkins autonomously.”

His brother, Taylor, is a drone dealer (agrispraydrones.com) and built a “Launch Box” that provides a place to automatically mix spray solutions and recharge drone batteries. It allows the drone to stay in the air with minimal ground time.

The drone makes short work of small pumpkin patches, but the Morelands also have used it to apply fungicides on 100 acres of corn in an afternoon. “You can see the potential,” Matt says. “They will earn a place on the farm.” ‡ 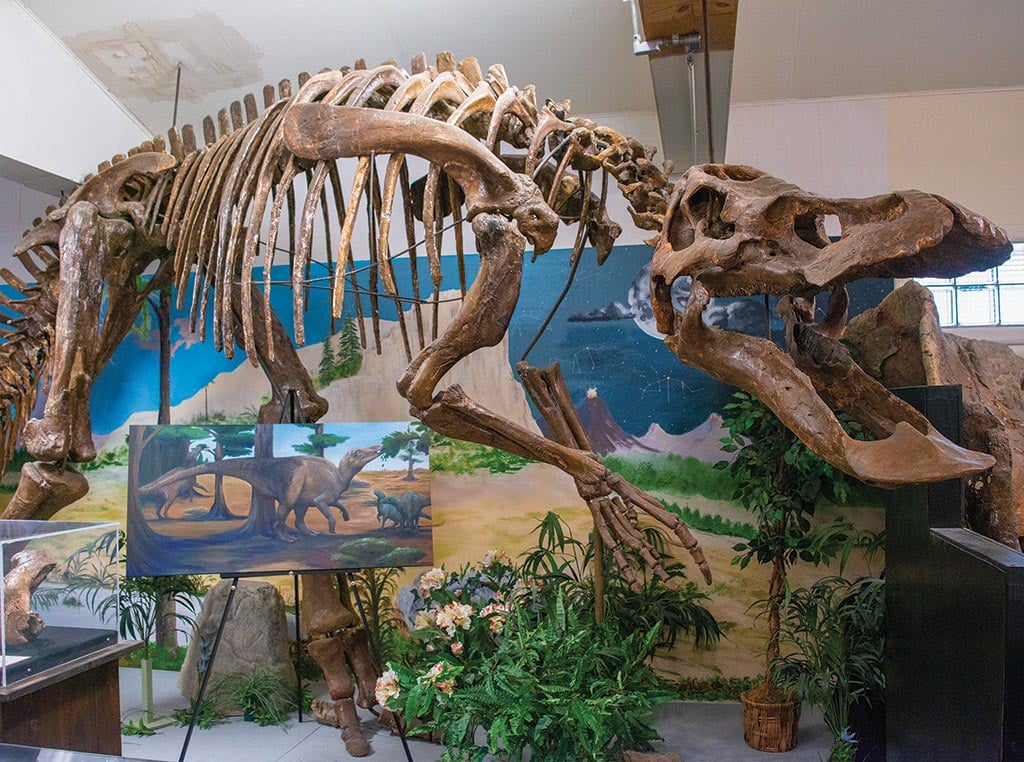 A tale of two rural Montana museums with ranch roots and Smithsonian class. 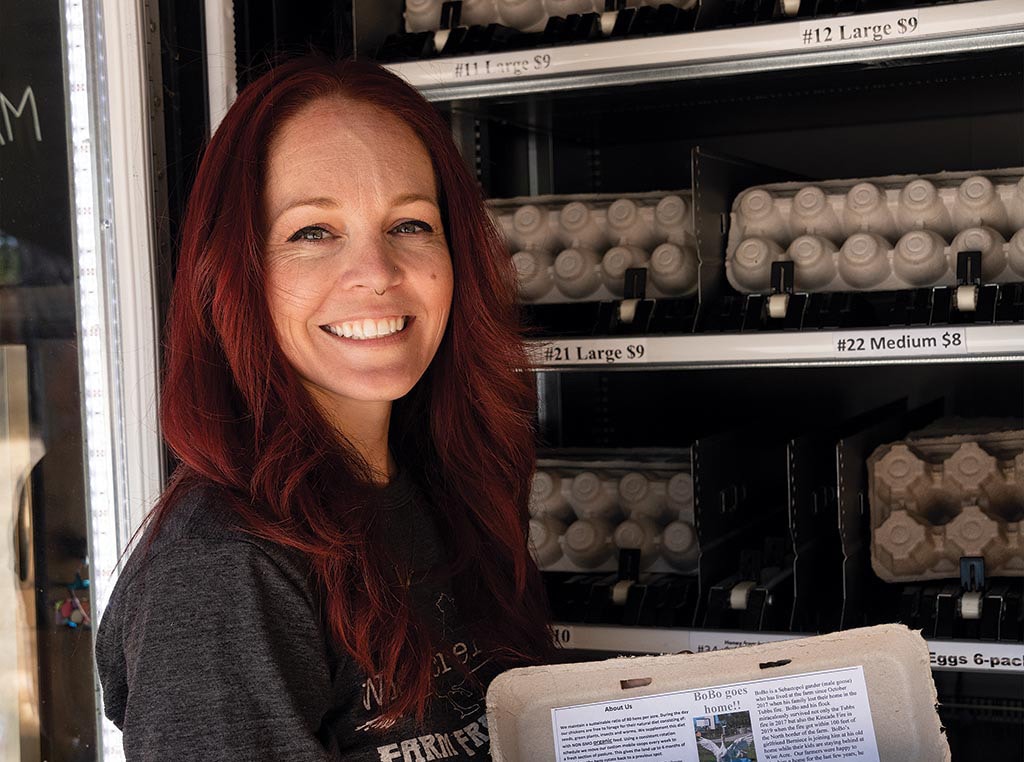 An Egg from Tiffany’s