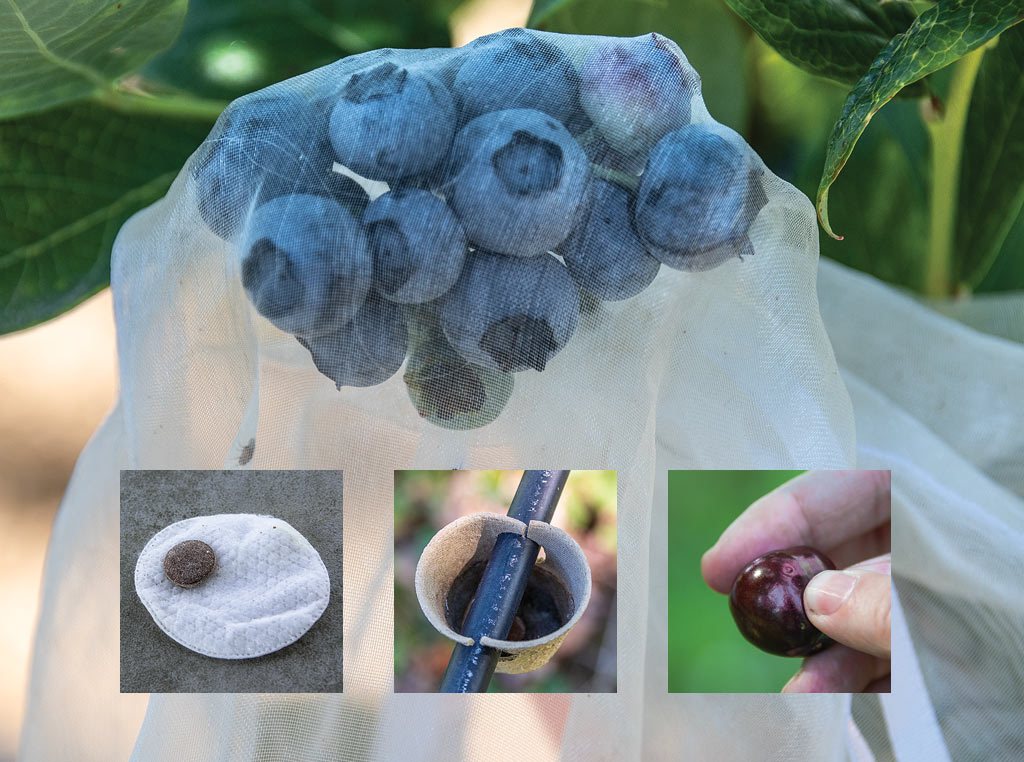 Above. Spotted wing drosophila (SWD) in a feeding study at Oregon State. A tablet of decoy material fools flies into laying their eggs where they will dry out and die. In cherries, biodegradable cups position the decoy under drip emitters. SWD damage appears as a pinhole-like injury over soft fruit.

Vaughn Walton and his team at Oregon State University are using spotted wing drosophila’s uncanny sense of smell against it.

The lure is on its way to commercialization as Decoy. Field trials indicate that it can reduce egg-laying in fruit by 50% to 95% and help growers cut insecticide applications by as much as 85%.

Big trouble. The presence of just a few drosophila larvae in berries or thin-skinned fruit like cherries and plums can trigger rejections of entire truckloads of fruit. That’s why the discovery of SWD in Florida strawberries in late 2009 triggered a massive industry effort to find controls—an effort that lured Walton, a South African expert in using pheromones to attract mealybug, to shift his attention to SWD.

Part of the problem with SWD, Walton says, is its short life cycle.  The fly can mature from egg to adult in just 10 days.

As a result, many growers sample fruit every other day as it matures, spray frequently to keep populations under control, and scramble to harvest fruit before the drosophila causes damage.

Another concern is that the huge populations and short life cycle of the fly, coupled with the need for frequent insecticide applications, will speed the development of insecticide resistance.

“Resistance usually takes about 10 years with fruit flies,” Walton notes. “Our growers are really worried about it.”

A lure would provide growers with an alternative to chemical insecticides and allow them to increase the interval between sprays by several days or more. That has economic, handling, and resistance management benefits.

“We did this in blueberries in 2020 over a 60-day period and the grower saved 85% of their pesticide applications,” Walton says. “Now you’re eliminating something like four or five pesticides over the period of three weeks, and you’re still maintaining the quality of the fruit.”

Breakthrough. Walton and his team tested hundreds of compounds to attract SWD. They found one that attracted twice as many flies as any other material, including mashed-up ripe fruit.

He worked with Gabriella Tait, a researcher in northern Italy, to continue developing the technology. Tait joined Walton’s lab in Oregon and is listed on the patent for the attractant system.

Walton says deploying Decoy will vary by crop so the bait material can be dampened by daily irrigation, then allowed to dry. In blueberries, that means placing tablets in a dispenser along the drip line, while in cherries, growers will hang cups under emitters about every three weeks. ‡ 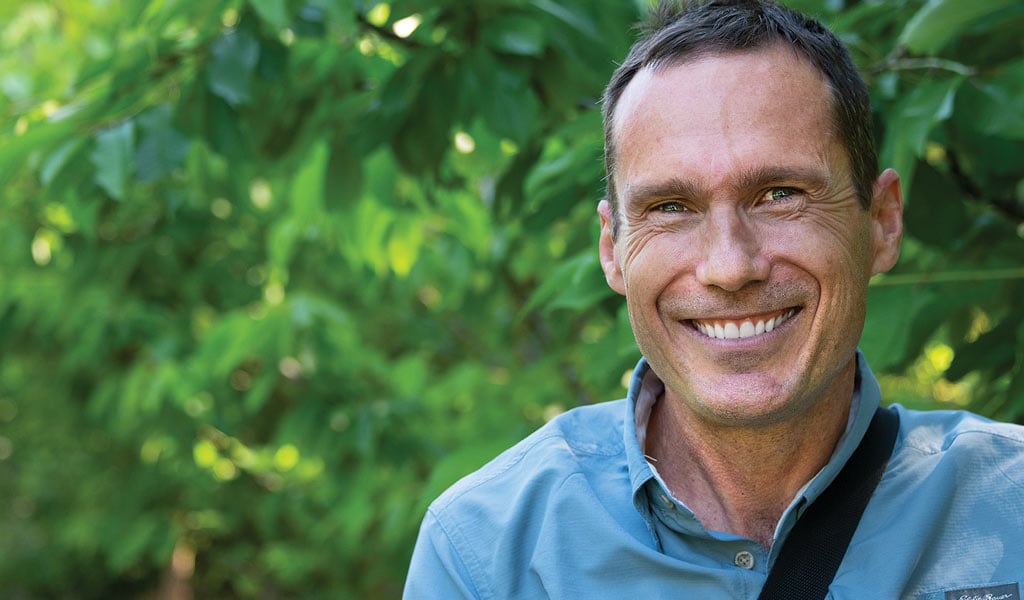 Above. Vaughn Walton in a cherry orchard. 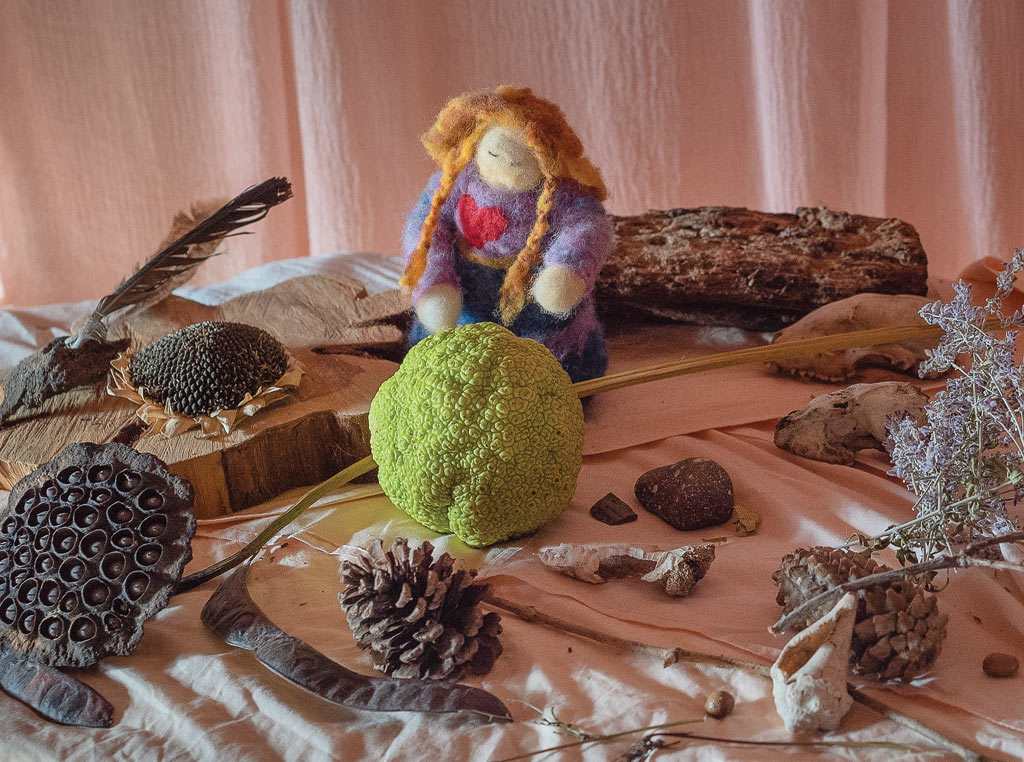 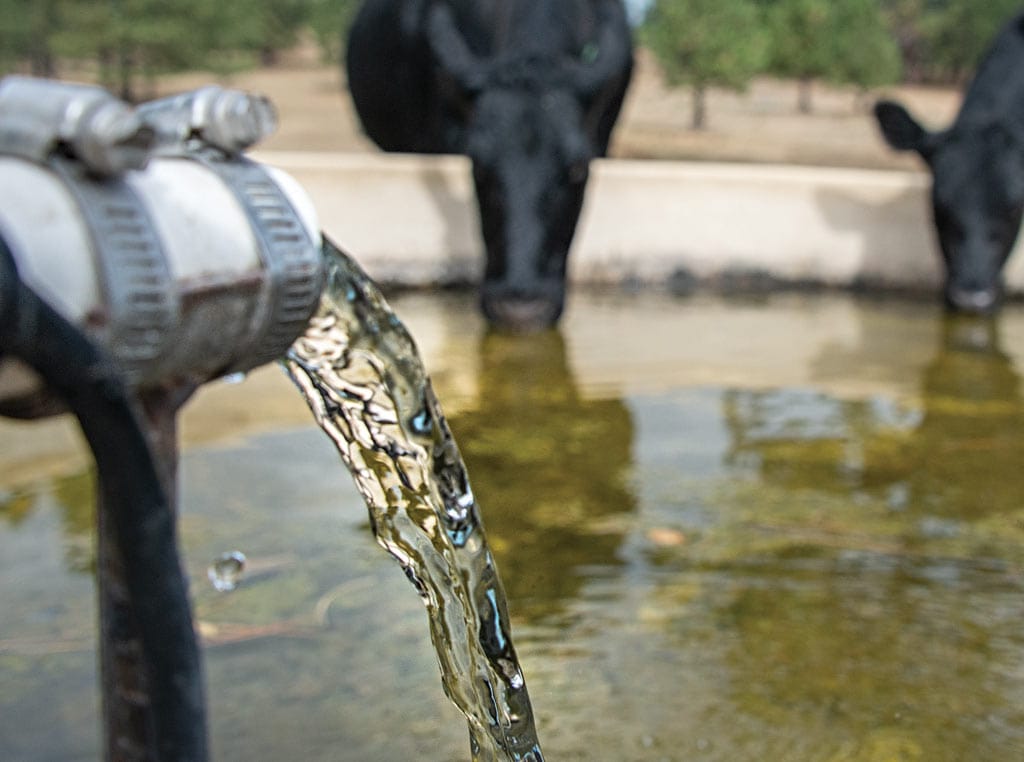