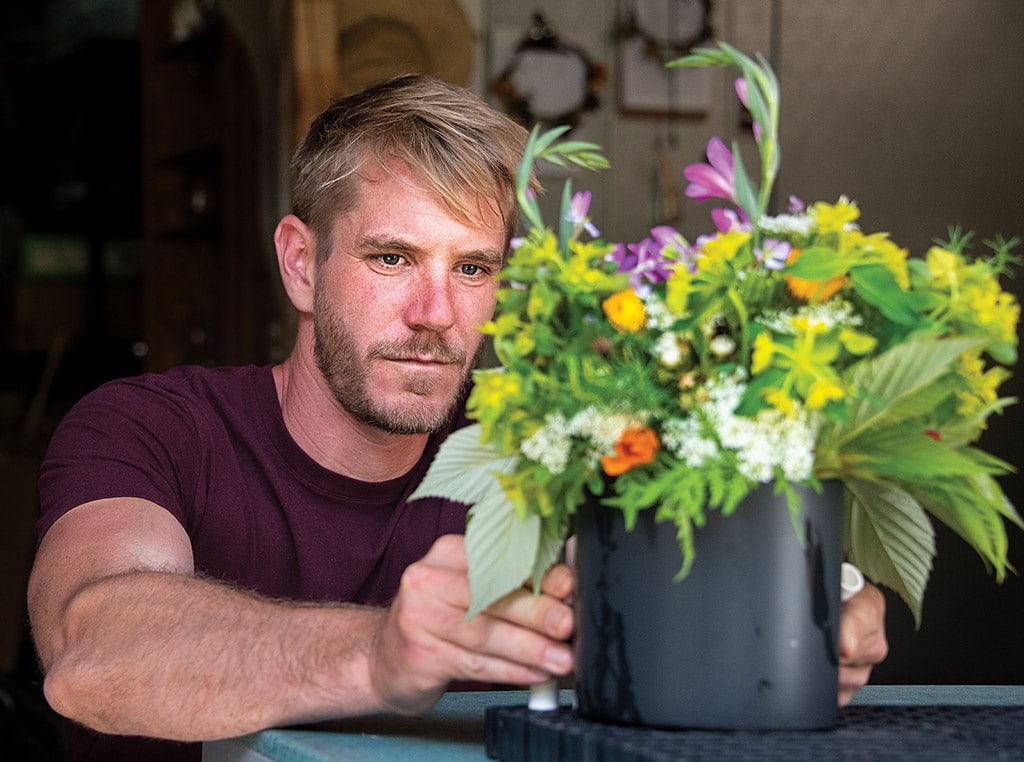 Flower arranging takes small farm to the next level.

Consumers in Oregon’s wine country are an eager market for local, seasonal bounty, from food to wine, herbs, and more.

But when they admire a beautiful spread loaded with fresh, local fare, notes John Peterson, "we are just kind of waking up to, 'wait a minute, where are these flowers from?'"

When Peterson and Carroll purchased 2.5 acres in the rolling Red Hills outside Newberg, Oregon, in 2012, farming was on their mind. They broke an acre of decades-old sod, incorporated lime and straw, and planted a food forest—a permaculture farming concept built around multi-story communities of plants in a perennial ecosystem that regenerate the land. 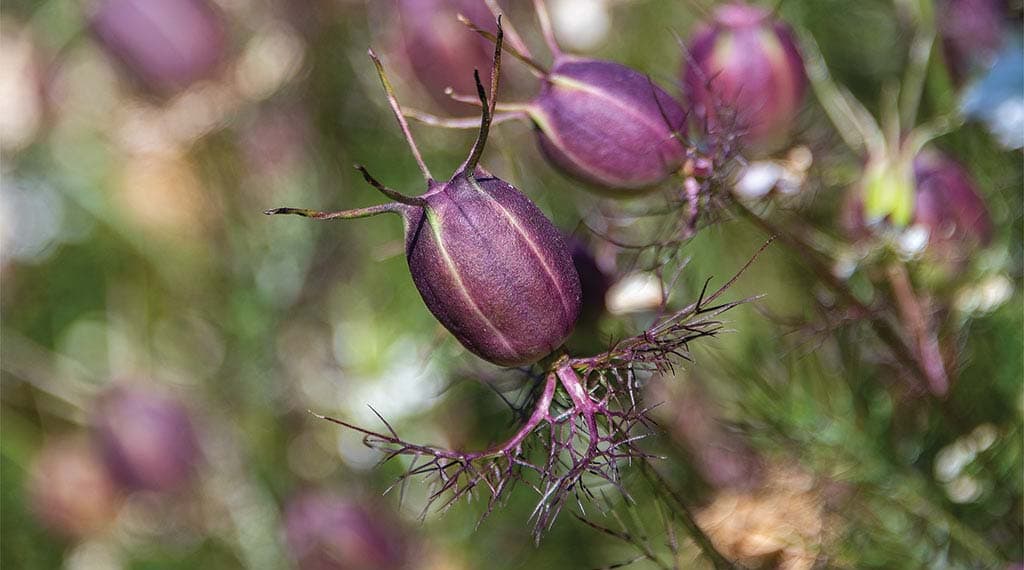 Above. Even before their blooms burst open, these Nigella flowers provide eye-catching color and a variety of unusual textures—exactly the sorts of attributes Jeremi Carroll seeks for his “wild and brambly and...very foraged-feeling” arrangements for Pollinate Flowers.

Perfect blend. It was a perfect blend of their talents. Peterson’s love of plants drove him deep into eco-friendly farming practices, while Carroll focused his hands-on mechanical and engineering skills on building the farm’s infrastructure.

The food forest yielded outstanding produce. But Peterson and Carroll soon realized that, aside from the most passionate chefs pushing hyper-local food, there was little enthusiasm for small volumes of premium-priced, specialty vegetables.

In 2018, they pivoted to a beautiful alternative—flowers. Pollinate Flowers was born.
"In this little space, I could have one of these honeyworts," says Peterson, pointing to a corner of one of dozens of raised beds. "I could also, in this little space, have one head of lettuce, which I could sell for $4 at the highest end. This one honeywort plant is going to produce 20 stems that I can sell at $1 a stem. So in that same spot, I can get $4, or I can get $20."

Above. Pollinate Flowers’ one-acre farm is packed with carefully curated varieties, both to offer a wide variety of blooms and foliage but also to create plant communities that complement each other.

Adding value. It also turned out that Carroll's feel for engineering, combined with his eye for texture, made him a great flower arranger. That provided a way for Pollinate Flowers to create a retail trade rather than having to compete with imports in the wholesale space.

Carroll took classes at the Floral Design Institute in nearby Portland to learn the fundamentals of design and color theory, but he describes himself as "an accidental florist."

While Goff’s arrangements tend to emphasize color, Carroll notes that his own creations lean toward “floral design that is really wild and brambly and is very foraged-feeling."

Carroll gets more excited about  the soft, purple subtlety of deadnettle or the oval bursts of crimson clover from the farm’s nitrogen-building cover crop than he does about conventional centerpiece blooms.

"I wouldn’t have been a florist, I don’t think, if I would have worked in a traditional flower shop—they just use the same 25 or 30 things and there’s not a wide variety," he notes. “But we have hundreds of things here that I can cut on and experiment with, and each season brings something new and exciting. There’s always a sense of wonder and amazement at everything that’s growing here. I can put that in a vase and make something beautiful that people haven’t seen—the wild-garden style of arrangements."

With a smile, Carroll quotes the donkey from A.A. Milne’s Winnie the Pooh series. "Eeyore said, 'every weed is a flower once you get to know it.'"

Of course, getting buyers out of the habit of expecting roses in the winter or tulips in the fall—which is possible when flowers are sourced from as far away as Ecuador or Kenya but not on a local, seasonal farm—takes some explaining.

"The first thing that we recognize is that not everyone is going to be our customer, because some people do want roses in February and we just literally can’t offer that," says Peterson. 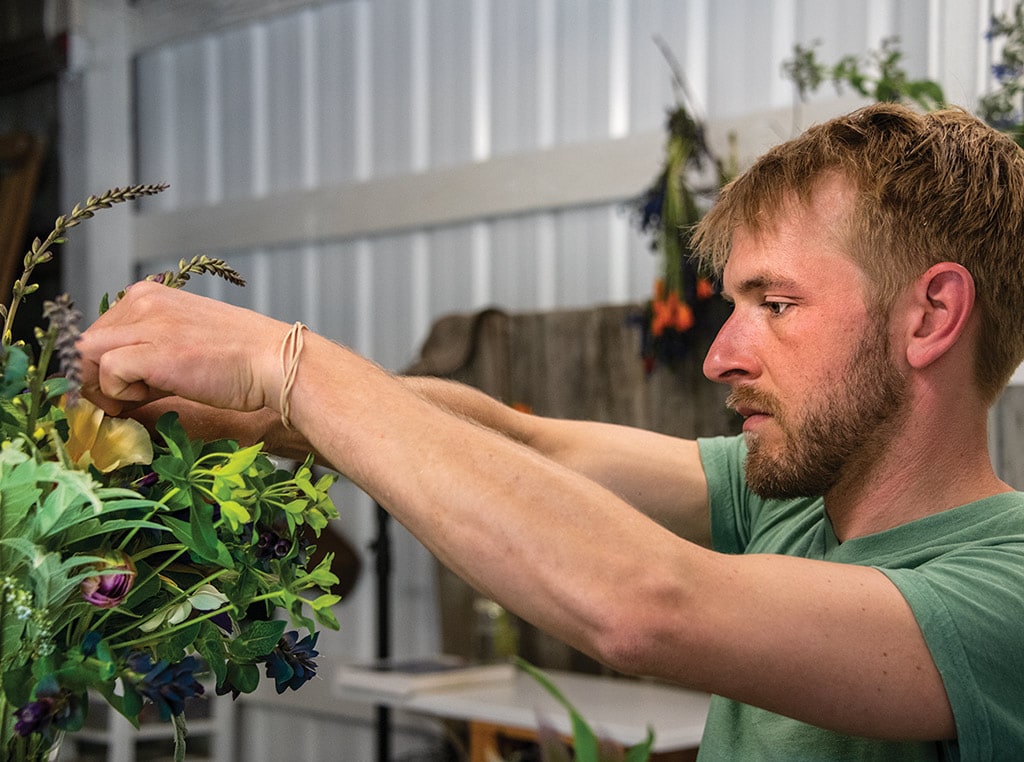 Above. Jeremi Carroll builds an arrangement that emphasizes texture and diversity.

On target. But for the bride serving a local pinot noir and grass-fed beef from a nearby farm—or the decorator looking to fill out his color palette from the landscape—local, seasonal flowers could be right on target.

The key is showing customers what local arrangements can look like. Customers can visit  Pollinate Flowers' shop in Newberg, while pollinateflowers.com and the farm’s Instagram account are bursting with Goff's dazzling flower photos.

The website is a vital tool, Peterson notes. Consumers are accustomed to ordering flowers online. People who want to send arrangements to family or friends around Newberg find the farm on Google. And although they are not part of national florist networks, other florists will call them with orders, even knowing they won’t exactly match the templates.

Maybe the most beautiful thing about Pollinate Flowers is that Peterson and Carroll are living their regenerative ethic.

Above. Designer blooms share space with wildflowers at Pollinate Flowers, all contributing color, shape, texture, and even forage for native pollinators. 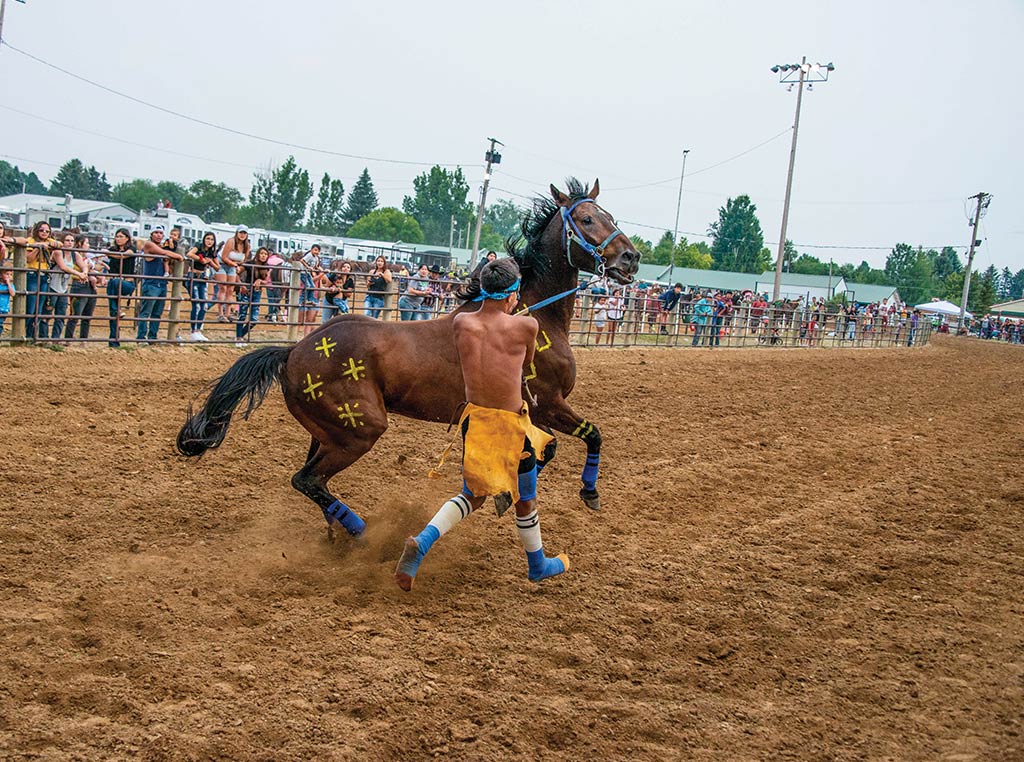 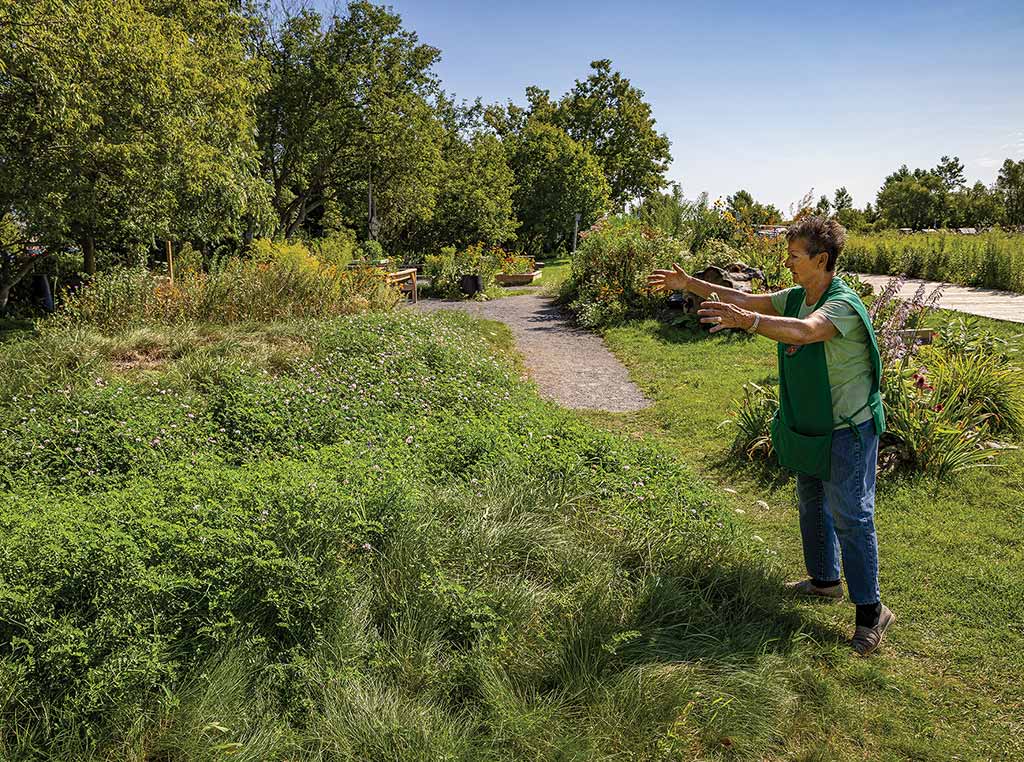 Mimicking nature to create a space of beauty.