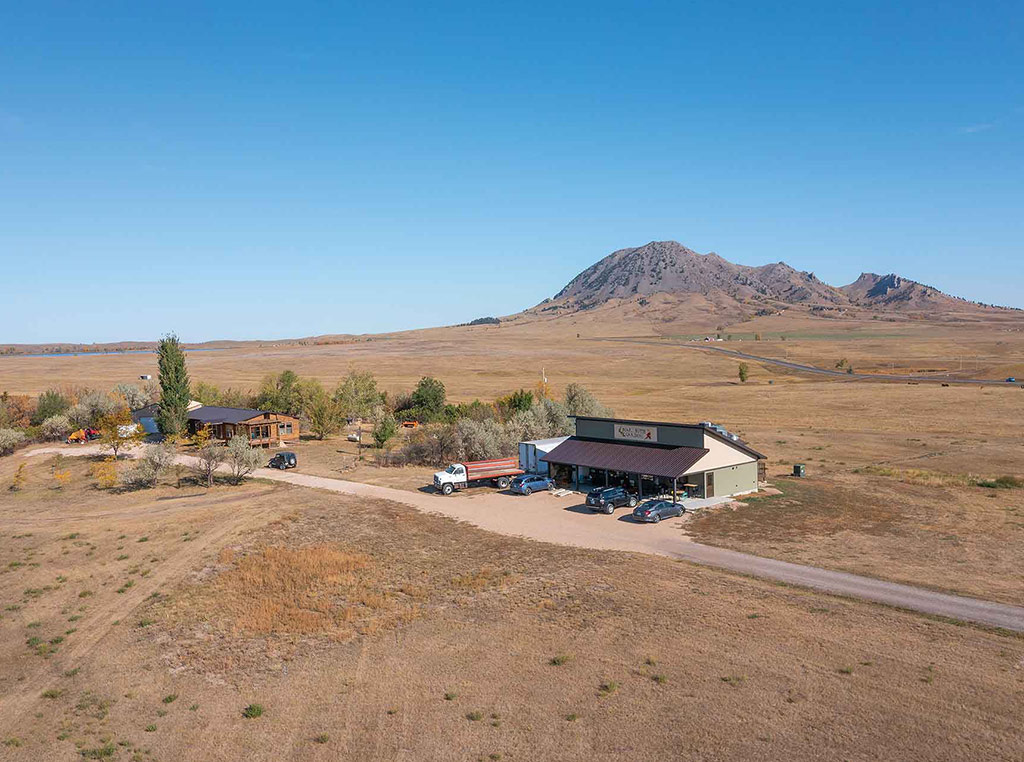 A rural garden that grew and grew.

Michelle and Rick Grosek bought a little hunk of land just outside Sturgis, South Dakota in 1996. They wanted their children to have the wild, free and windswept adventure of a prairie upbringing. When the kids left home, they planned to sell and move on.

“Our kids are in their thirties now and we’re still here. We haven’t found anything better to lure us away yet,” Michele says.

Odds are they aren’t pulling up stakes any time soon. Quite opposite of an empty nest, they’ve created a veritable farmer and foodie bird house people flock to.

The enterprise is named for the sacred Lakota site Mato Paha, (Bear Butte), which makes for a stunning, looming backdrop to their rural adventures.

“With three businesses under one roof, something should always be paying the mortgage,” Grosek says of the building completed in July 2020.

So far it’s working. The multi-pronged enterprise now covers all costs and two employees/apprentices. It serves as a place for local farmers and gardeners to sell their produce and for knowledge to be shared through classes, workshops and tours. A little fun is even had with festivals. 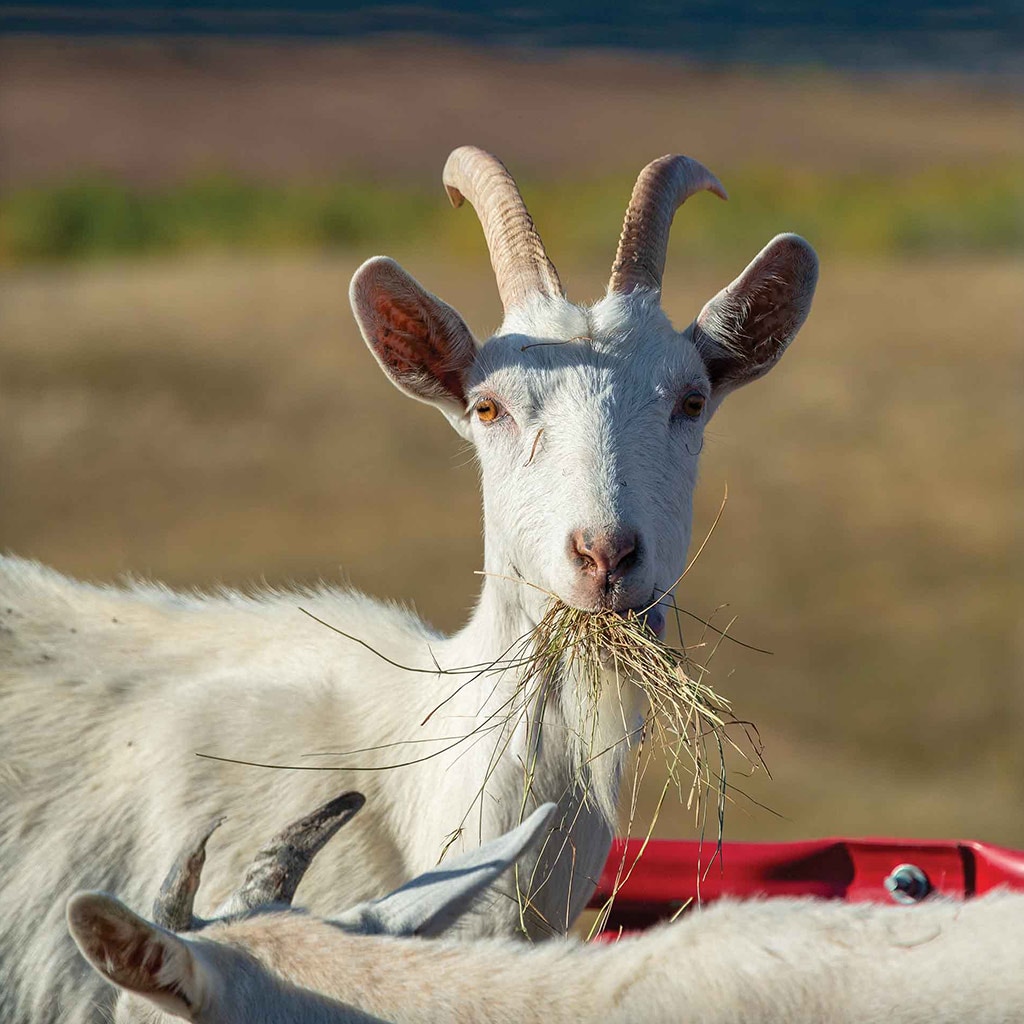 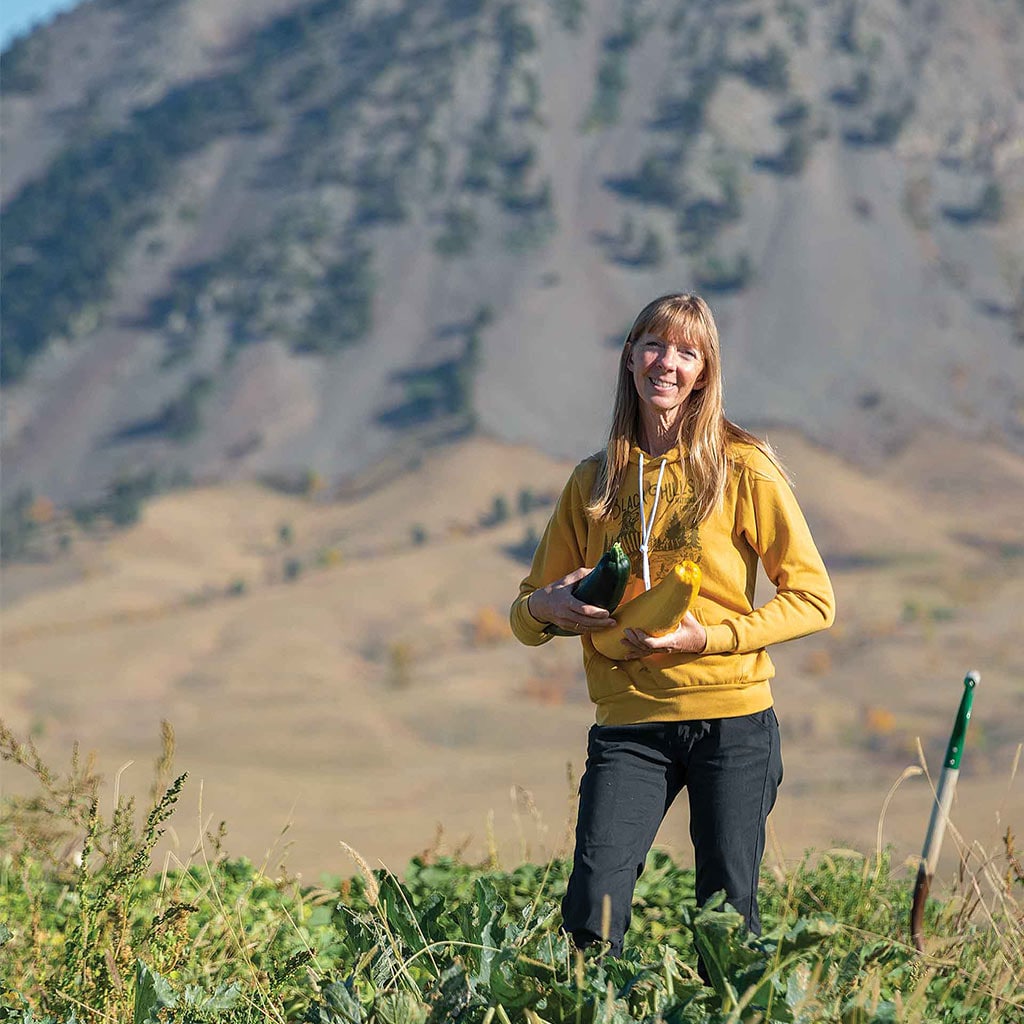 Above. Michelle Grosek is happiest in her garden, experimenting to find best practices to grow amazing produce in ever-variable conditions. She also finds joy in teaching others her production tricks, including diversity. New in 2022 may be goat milk products.

Rounding up. Rural life started low-key with a garden, kids, horses, and birds on their 120 acres.

As the children grew and left home, Michelle, a master gardener, felt called to grow, too—into larger gardens and greenhouses.

“I’d always wanted to produce on a larger scale. We were in our 40s. It wasn’t going to get any easier, so we decided to just do it,” she says.

The round corral became a round garden, encircled with rabbit-deterring chicken wire.

At first, Grosek experimented, seeing what could be grown at a larger scale. She started a small Saturday farmers’ market next to the Sturgis Center for the Arts, where she served as director.

“The market made us realize there was no lack of demand for fresh, local produce. There was a lack of producers,” Grosek says. “We are in the middle of agricultural land, but it’s not necessarily human food. It’s field corn, grains, cattle and pasture.”

That got the Groseks’ wheels turning. They ramped up production selling direct to consumers.

“I didn’t want to sell to a food hub and not know where my produce ended up. I want to know how my tomatoes worked in someone’s sauce, have those interactions with the customers,” she says.

The round garden gave way to twelve gardens Grosek rotates through, a stock shelter-turned greenhouse and a high-tunnel hoop house. She graduated from farmers’ market to CSA to small farm stand to a multi-function, year-round farm stand offering products from 45 area producers.

“Initially we operated out of a 24 foot by 24 foot garage. But we kept growing and got into more meats. We needed refrigeration space,” she says.

“If tomatoes got too ripe to sell, I wanted the option to can and have salsa to sell later,” Grosek says. That led to the idea of a commercial kitchen.

“We use the kitchen constantly,” Grosek says. In fall, her commercial kitchen manager apprentice, Kiara Poitra, spends hours crafting the preserved wonders gardeners dream of as they seed more plants than advisable.

“It’s the kind of stuff grandma made. The pumpkin pies are a beautiful, bright yellow-orange because they’re made with real local pumpkins. It’s a return to a simpler time,” Grosek says.

In the winter, Poitra and others teach small classes in cooking, canning, baking, even making pork lard candles. The kitchen is a working and learning area.

Above. Kiara Poitra (L) and Grosek worked together and with mentors to iron out the details of commercial kitchen management. It now thrives, creating value-added products for the store and memories for those who take classes there. Grosek still prefers her garden and greenhouses, even when they’re relegated to just drying ears of corn in the off-season.

Growing interest. “I was curious about healthy eating. I figured learning to cook foods from scratch would be a benefit,” Poitra says as she slices cucumbers and tosses scraps on a pile destined for the chicken coop.

Poitra is the first commercial kitchen manager apprentice in the state, possibly the nation. The Groseks worked with the South Dakota Department of Ag to create the position from scratch, much like Poitra’s baked goods.

“I love facilitating learning, it’s a huge part of what I enjoy doing here. Rick and I were always scout leaders, that sort of thing,” Grosek says.

People of all ages and curiosities come to the farm. School groups get to experience the full food circle. They plant seeds in the rich, organic soil Grosek nurtures, harvest produce and eat a lunch they helped make in the kitchen.

“I love working with kids. They have no barriers built around what they can and can’t do,” Grosek says. “They’re so excited and eager about everything.”

She’s found welcome challenge in mentoring her apprentices, adults and Beginning Farmers Program participants they’ve hosted. “You take processes for granted, then something will happen and you realize you have to break a task down into simpler parts,” she laughs with Poitra as they recount a bullion incident.

The Groseks’ nest is full indeed. Their own kids are still welcome, but they’ll have company aplenty. ‡

Big Passion on a Tiny Farm

Mother & daughter create the farm of their dreams. 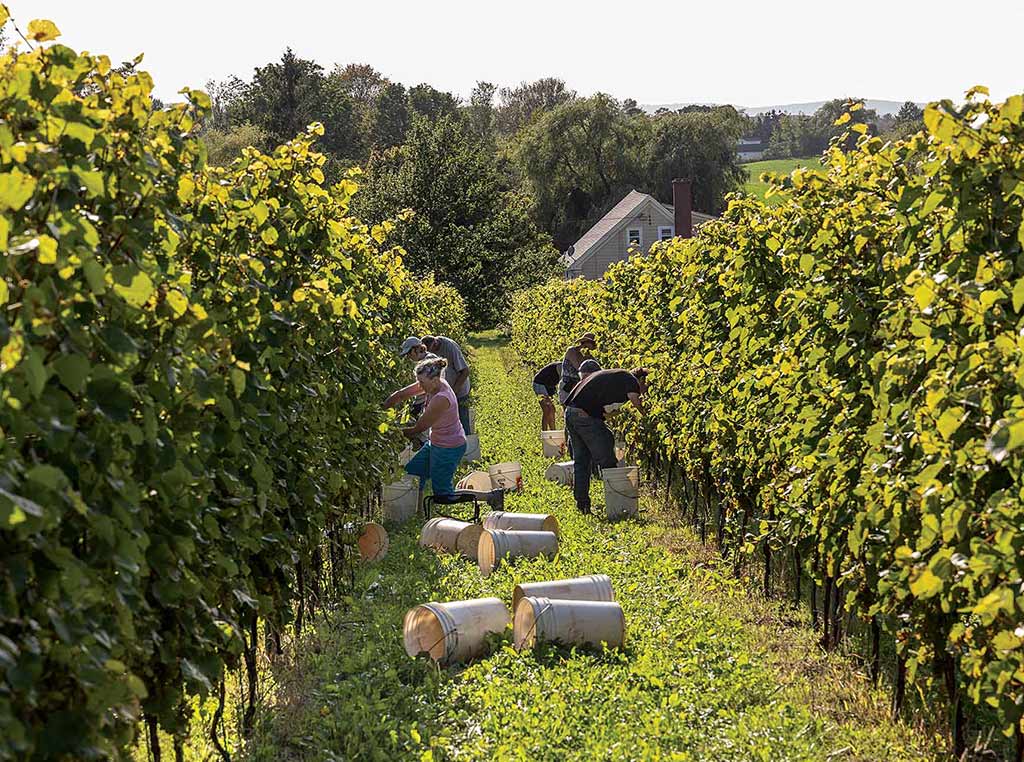