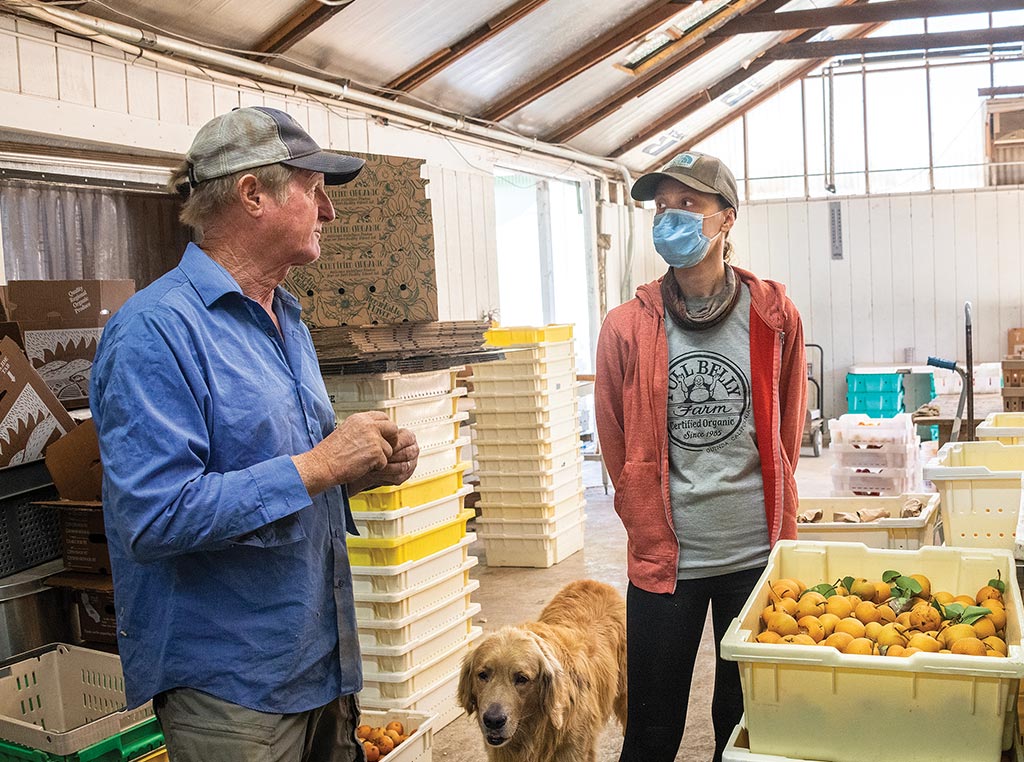 At 400 acres and 80 crops, Full Belly Farm is substantial for a diversified, organic produce operation. But its impact extends far beyond the snug Capay Valley of California or the farmers' markets, restaurants, upscale shops, and homes of the San Francisco Bay Area.

Since 1987, Full Belly has hosted about 400 interns from the U.S. and as far away as Japan. Some of those interns started their own farms—former Full Belly interns are farming from Alaska to Oklahoma to Vermont.

"It's always been part of the farm here, the idea that we could grow farmers," says Paul Muller, who founded Full Belly Farm with his wife Dru Rivers and their friends Andrew Brait and Judith Redmond in 1985.

Full Belly has long been a leader in regenerative farming practices. Muller says the internship program fits right in with that ethic.

"We feel like our commitment to this type of agriculture goes beyond just growing crops, making money, and having a good night's sleep," Muller says.

"With this idea of regenerative agriculture, we talk about the soil, but we don't talk about the human, social, and societal regeneration we need," he points out. "There's a real need for us to regenerate the farm population, too.

"Rawley Johnson took a leave of absence from grad school and interned at Full Belly Farm for two years, as well as at two farms in Washington. Inspired, he launched Early Bird Farm in Tacoma, Washington, in 2013 with his wife Rebecca.

"The last time I talked to Paul, he was kind of downplaying the impact of what his little farm does, but—it sounds corny, but it's that ripple-in-the-pond effect: you plant a seed and you don't know how it's going to flourish or what it's going to create. I feel that's how the local, small-scale organic farm movement has taken off. It's one farmer teaching another and showing that it's possible."

The teaching that started at Full Belly Farm keeps rippling.

Above, clockwise from top. Flowers are among 80 crops Full Belly produces for farmers' markets, wholesale, and direct-to-consumer sale. Intern Alexa McCarthy is eager to learn the marketing side of the business. Full Belly co-founder Dru Rivers handles internship logistics, works closely with the interns, and has been a guide and "mother hen" for hundreds over the years.

Hosts. Early Bird Farm hosts interns. So does Featherstone Farm in Rushford, Minnesota, a 250-acre organic operation owned by Jack Hedin and Jenni McHugh. The husband-and-wife team interned at Full Belly in the '80s and returned to California to pitch in off and on for about eight more years.

And there are other sorts of ripples, the kind that touch people off the farm, too.

Both Johnson and Hedin point out that they were inspired by more than the farming, packing, and marketing savvy of the Full Belly team. They note that Muller and Rivers put great effort into community building.

"They were not just this island in a sea of commercial tomatoes," says Hedin. "They spent a lot of time building the rural community and then building bridges with customers in the Bay Area and Sacramento."

"We are committed to expanding the knowledge of what people's relationship with a place can be and why it's so important to invest yourself and sink your roots deep into a place," Muller says.

Johnson says that ethos inspired him to join his county agriculture committee and run for election to a seat on the local drainage district board. Still, he believes hosting interns has been his greatest contribution.

Above. Early Bird Farm cherry tomatoes are always a big hit with Johnson's customers in the Seattle/Tacoma area. Rawley Johnson says farm internships inspired him to change his career path and become a farmer. As an intern, Johnson found he really enjoyed working with chickens. A stand of buckwheat on Johnson's Early Bird Farm in Washington exemplifies his commitment to soil health and regenerative farming.

Not just a job. "I think the biggest impact I've had has not been politically or on any committee or commission, but has been just giving aspiring farmers an opportunity and then helping push them to start their own thing," Johnson says.

Muller, Johnson, and Hedin are all quick to point out that an internship is much more than just a low-wage job. And internships require more from the interns and the mentors than the usual employer/employee relationship.

"If you expect someone to work for less in the hopes of learning more, there's got to be some deliberate attention to that learning. It doesn't have to be sitting down for an hour a day at a table with a book. But it could be taking a half hour to drive around a field with an intern, or taking the time to answer questions at the end of the day when you're tired."

Theresa Rardin, one of six interns at Full Belly this season, says that's a highlight of her internship experience.

"I feel like they take the time to stop and explain things and really seem to support you where you are," she says.

Rardin came to Full Belly after working in the medical industry. She's fascinated by the intersection of the soil microbiome and human gut health, and is interested in pursuing a PhD in soil microbiology. A fellow intern, Alexa McCarthy, is drawn to the sales and marketing side, and has an eye on taking her experience into produce sales or the food hub movement.

In fact, most Full Belly interns don't end up farming, though many are in some aspect of the food business. Just as important, all of them carry the lessons they learned on the farm with them to whatever job they do, to PTA meetings, and to the voting booth. Muller calls them "educated voters with their hands in the dirt."

That's quite a ripple effect. ‡ 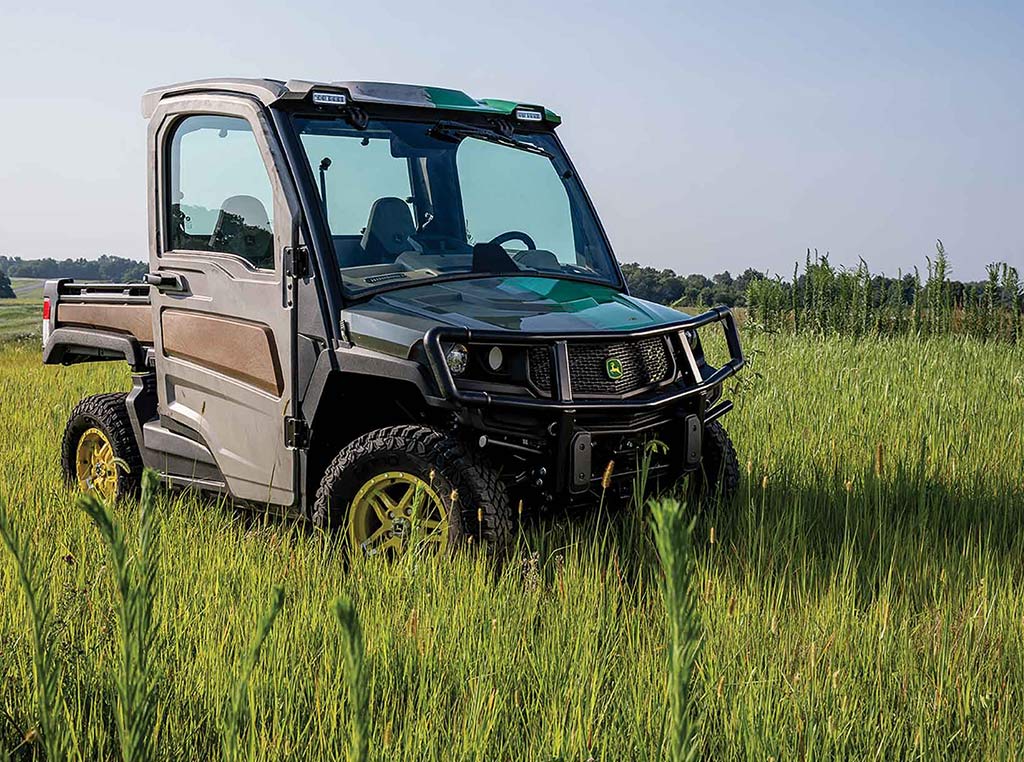 Concept Vehicle Made of Recycled Parts 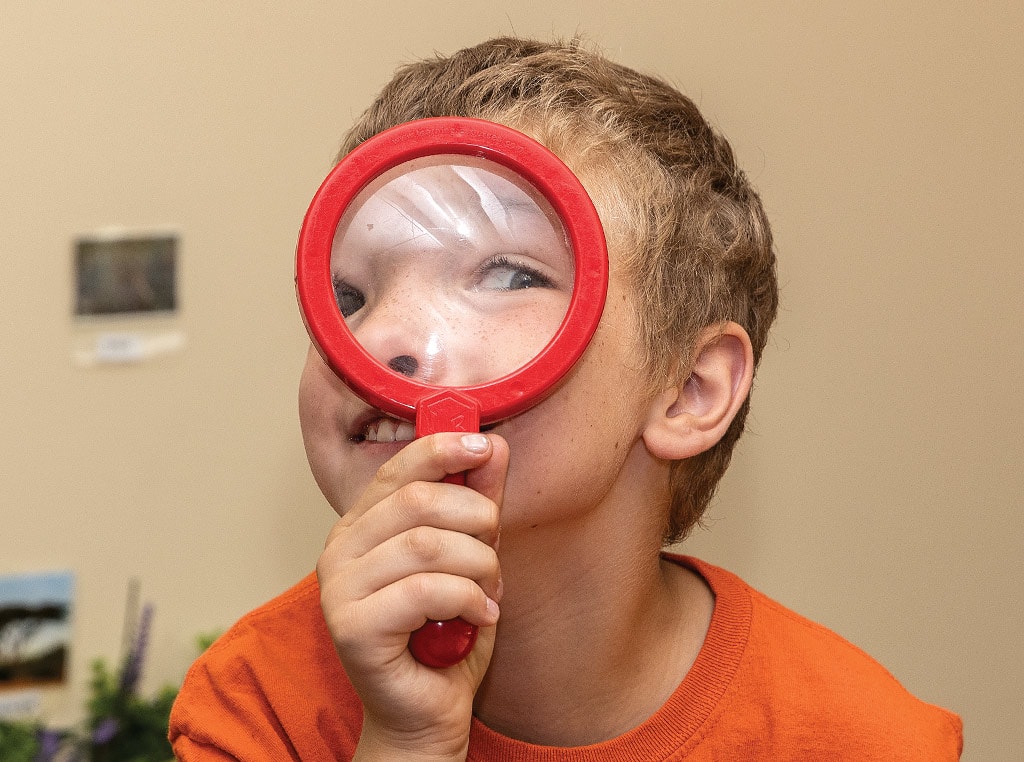 Who's going to look after the kids?