Founded by a Dutch immigrant over 50 years ago, Johann Dairy has succeeded beyond his wildest dreams 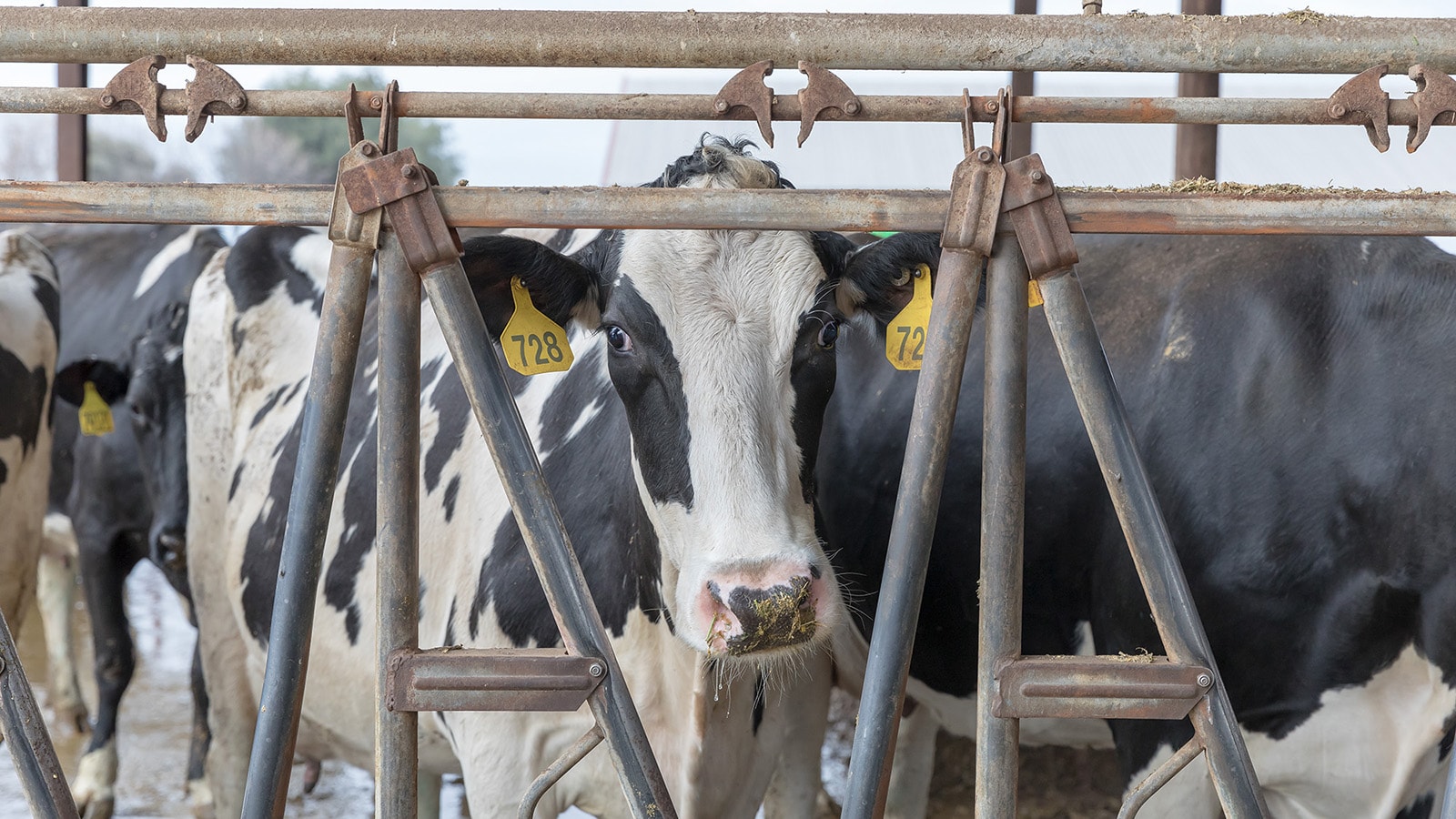 Sorry, Cheeseheads, but California is America's true "Dairy State," surpassing Wisconsin as the nation's number-one milk producer in 1993. The Golden State is also the country's leading butter and ice cream producer, although Wisconsin can still take pride in making the most cheese. Which state is second? California, naturally.

According to the California Department of Food and Agriculture, one in five dairy cows in the U.S. lives in California, which produces almost a fifth of the nation's milk. Milk production per cow has increased more than 50 percent over the last three decades. Genetics, cow comfort, and nutrition have all contributed to this growth. "Instead of quantity, we're looking for quality," says John Verwey, who owns and operates Johann Dairy in Fresno, California, with his father, John Sr. "We get higher production out of better cows."

Keeping cows comfortable is a big part of keeping them productive. California's mild climate, which is less harsh than in the Midwest, helps. As does the dairy's rotary milking parlour, which keeps cows calm. Verwey also works with vets and nutritionists to keep the herd healthy.

Plus stalls must be groomed and the cows must be fed on a strict schedule. John Deere equipment works tirelessly to keep up. Three large Deere wheel loaders run up to 16 hours a day, mainly moving feed. A Deere 332G Skid Steer handles a multitude of tasks, including hauling manure, cleaning up around fence lines, sweeping, and installing fenceposts.

If we only run the skid steer half a day, we might save several days in physical labour. It pays for itself.

Johann Dairy was founded by Verwey's grandfather in Fresno in the 1960s after he immigrated from the Netherlands, a country with a long tradition of dairy farming. His grandfather started with just 56 cows. Today the dairy relies on that number of employees to care for over 10,000 head, including 4,400 cows that are milked three times daily. The dairy produces about 387,000 pounds of milk per day (that's 45,000 gallons for you non-dairymen), which is used to produce butter and powdered milk that is shipped all over the world.

"We're a generational family farm," says Verwey. "I get to work with my dad and brother-in-law every day. All of us live within two miles of the dairy. It's a nice family business that I'm really passionate about."

Verwey has many fond memories of his grandfather, who passed away in 1998. "I would sit with him in his office after helping my dad out with the cows," he says. "I can remember running over to show him my report card or just hanging out."

Like in many dairy operations, Verwey started helping out on the farm at a very young age. "I'd feed bottles to the calves or mark cows with a visual tag so you could see their numbers." Today the dairy uses a much more sophisticated method: a radio-frequency identification (RFID) tag, which allows monitoring of the production of every cow by computer. 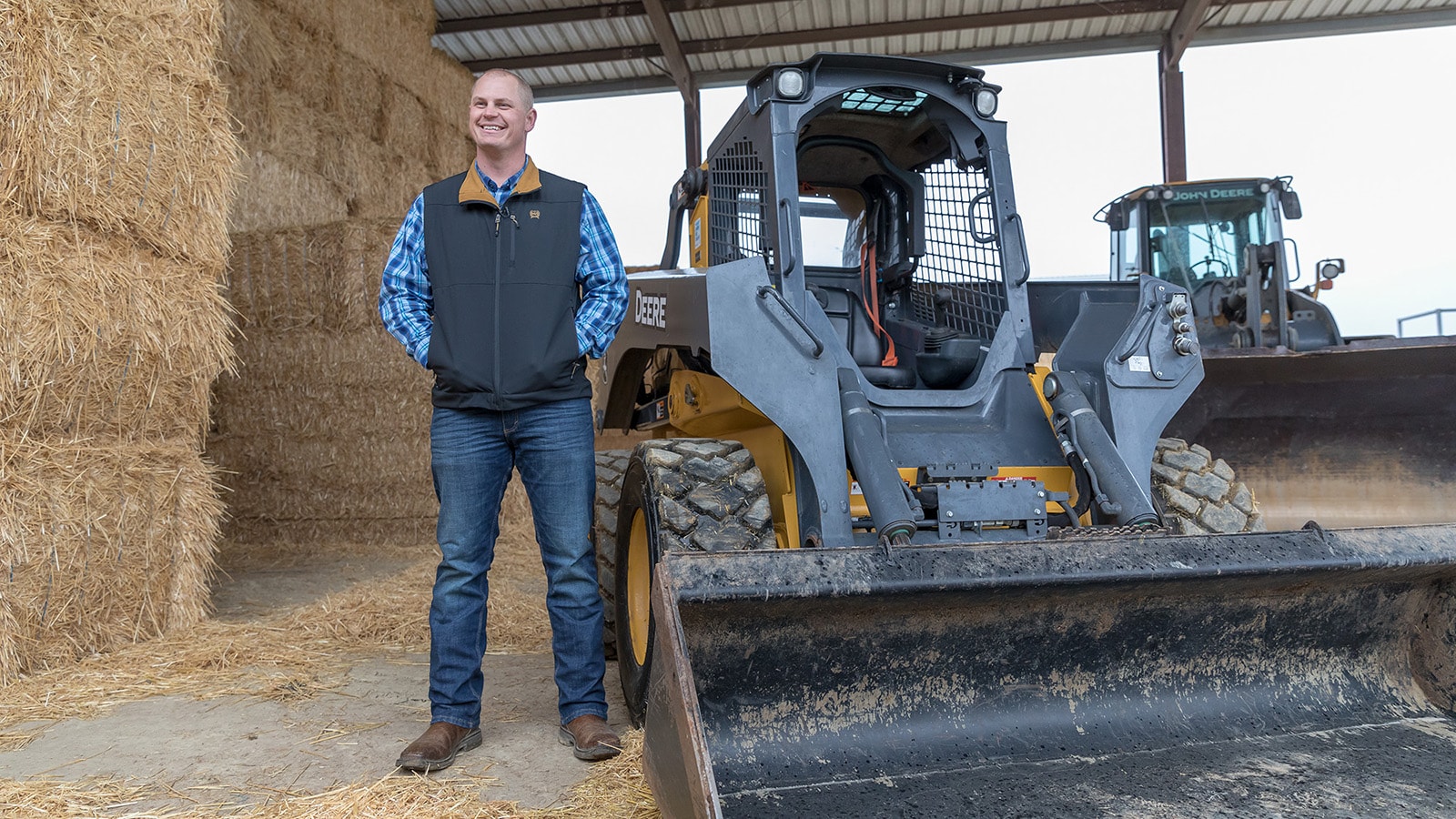 Verwey began working full time on the dairy after graduating from the University of Idaho with a degree in animal science and dairy nutrition. He first ran a skid steer at a dairy where he was working in college, and when he got home, he helped the family find a used one at auction. Verwey eventually traded it in for the John Deere 332G because he was impressed by how easy that machine is to service.

"This is the number-one thing I look for in smaller equipment because we do all our own maintenance," he says. "When I saw how easy it is to remove the back panels and lift up the cab, I knew it was the machine for us. And we've had it for a little over a year, and we haven't had any breakdowns on it yet. We've owned many brands of equipment, and we seem to put the most hours in with the least amount of problems with a John Deere."

Equipped with buckets, forks, augers, and broom attachments, the skid steer is a dependable farmhand. "With all these different attachments, you can do so much with the machine," says Verway. "It used to take four guys two or three days to clean fence lines. With a skid steer, it might take only half a day to a day. Sweeping out a large area would take a guy all day. Now we can do it in an hour. If we only run the skid steer half a day, we might save several days in physical labour. It pays for itself."

RFID tags and Deere equipment are among the many ways Johann Dairy uses technology to run its operation more efficiently. The dairy recycles manure into clean, comfortable bedding. It uses solar panels to produce power and is looking into using methane digesters as an additional source of energy.

Despite the favorable climate, California dairymen face a daunting challenge — drought. "Water is a big topic here," says Verwey. "We use it for cooling barns and milk, and for cleaning. We're always looking at new techniques and technologies to save water including subsurface irrigation systems and recycling.

"I'm proud of the leaps and bounds we've made," adds Verwey. "We've adapted into using technology effectively. We have good cows and good production. And I'm really proud we're a multigenerational farm started by my grandfather and now run by my father and me. And in the future my kids will be running it, hopefully for many years to come."