For Brent Bazemore, owner and president of Griffin Contracting, Inc. in Pooler, Georgia, the path to success started in an unlikely place: his parents’ house. 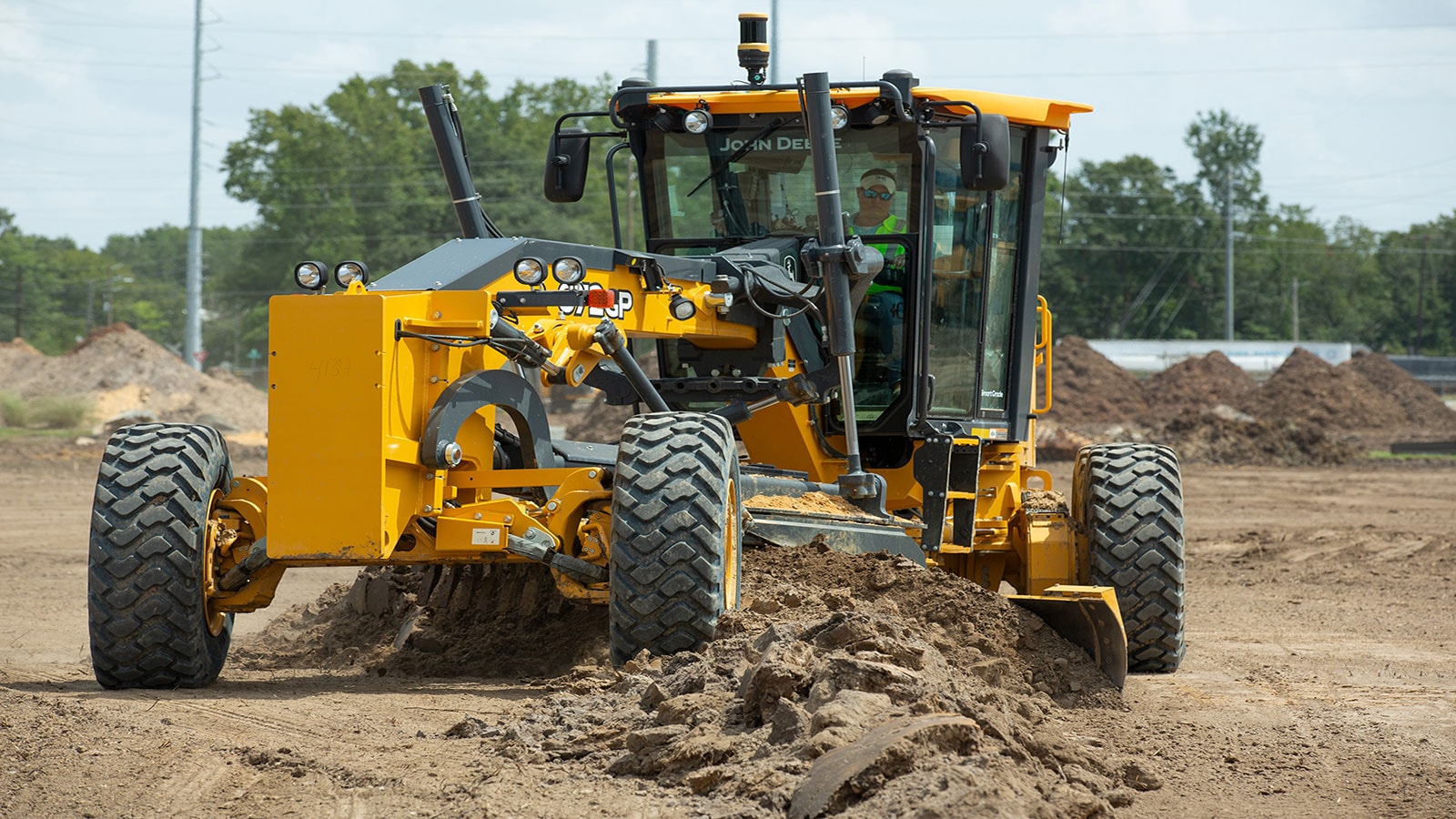 “I founded Griffin Contracting in April 2001,” says Bazemore. “I’d been out of college for about a year. I’d worked at one construction company and then another one. But I wanted to go out on my own, so I lived at home with my parents. I started in the bedroom, then moved to the garage, and finally got an office after three or four years.”

Today, Griffin’s 80 employees are working on 18–20 jobs — from site preparation and paving, to roadway construction and demolition — all across South Carolina, southeast Georgia, and north Florida.

But while the company has grown quickly, Bazemore is the first to admit Griffin hasn’t always been at the forefront of innovation. “Technology lagged around here for a long time,” says Bazemore. “I went to CONEXPOCON/AGG® for the first time in 2017 and realized what we’d been missing — remote-controlled devices, satellite technology, time-entering software, and aerial intelligence. Right then, we decided to implement more technology throughout the business. We started with new accounting software and eventually upgraded our machines to make ourselves more productive and profitable.”

Everything is linked up with our GPS. You come in, connect your equipment to the grid, and get moving.

GAINING AN EDGE
According to Richie West, project superintendent at Griffin, John Deere technology has made a difference on every single one of his jobsites. “Before CONEXPO, you’d see a lot more people walking around out here with survey equipment and grade stakes. But now we’ve got a huge advantage. We’re grading and cutting ditches and ponds — and there are no mistakes. We can work more effectively because we’re not measuring sites by hand.”

West also appreciates how quickly the Griffin team can get to work each day. “On this site right now, we have a John Deere 672GP SmartGrade™ Motor Grader, a 700K LGP SmartGrade Crawler Dozer, and a 210G LC Excavator. Everything is linked up with our GPS. You come in, connect your equipment to the grid, and get moving. We’re able to save money by working fast — and by putting the right machines in the right place at the right time.” 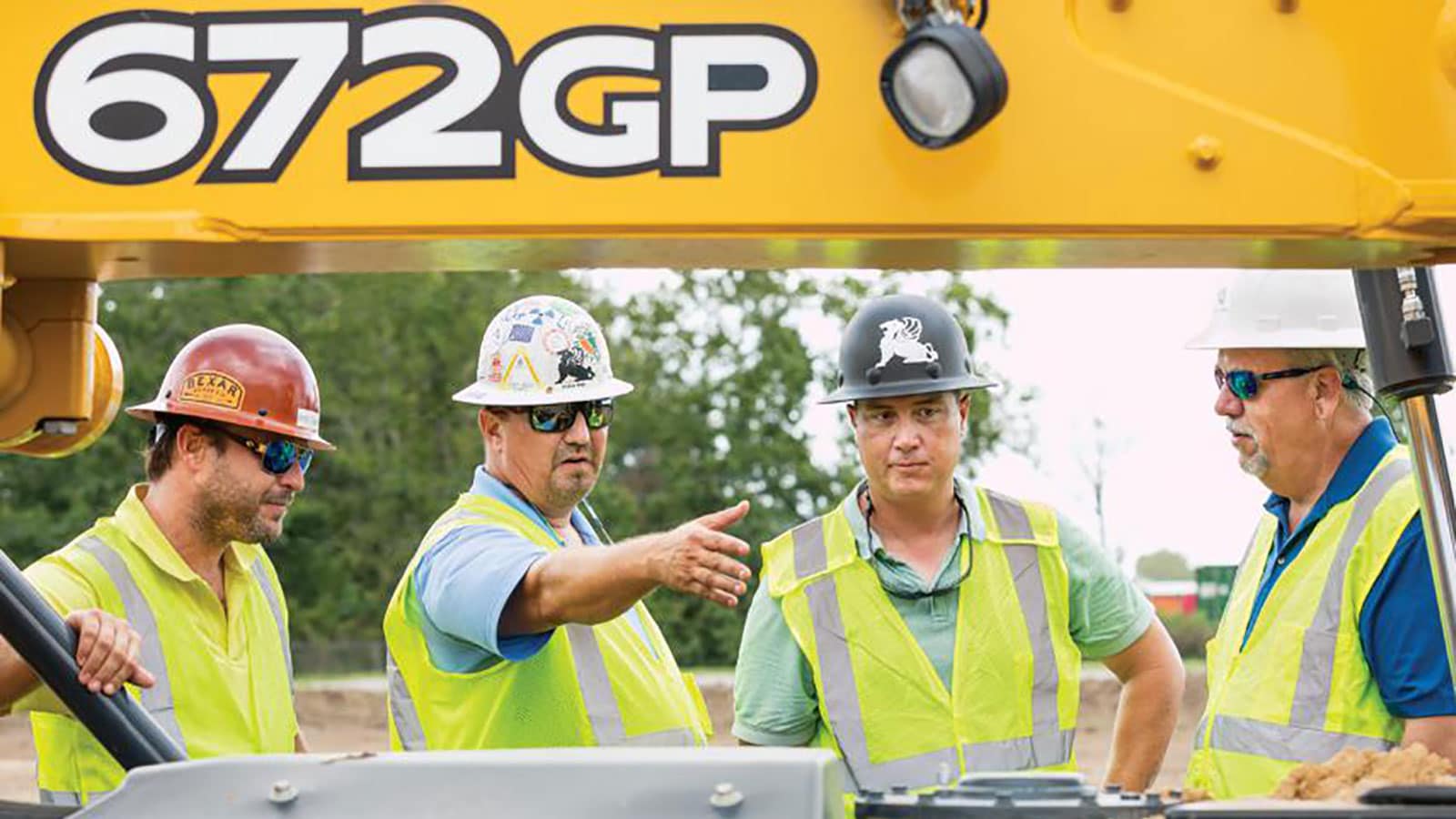 MAKING THE GRADE
The G-Series SmartGrade is the industry’s first mastless motor grader lineup, but Griffin’s 672GP is special for another reason — it’s the very first John Deere motor grader off the assembly line with integrated Topcon millimeter-GPS (mmGPS) technology. “The mmGPS SmartGrade has cut our grading time in half,” says Project Superintendent Jerald Grantham. “We can set up early, grade all day long, and get two or three days’ worth of work done. And when guys come up behind us to check our tolerances, we’re within two-hundredths of a foot.”

Grantham sees firsthand that this new technology can impact every person on the jobsite, no matter their skill level. “The mmGPS helps an average operator complete to a finished product, and with an experienced operator on the grader, it’s amazing what it’ll do. Having a millimeter advantage makes you that much faster, that much closer, and that much better. I’ve been doing this work my entire life, and this machine is head and shoulders above any other piece of equipment I’ve ever been on. The mmGPS really lives up to the hype.”