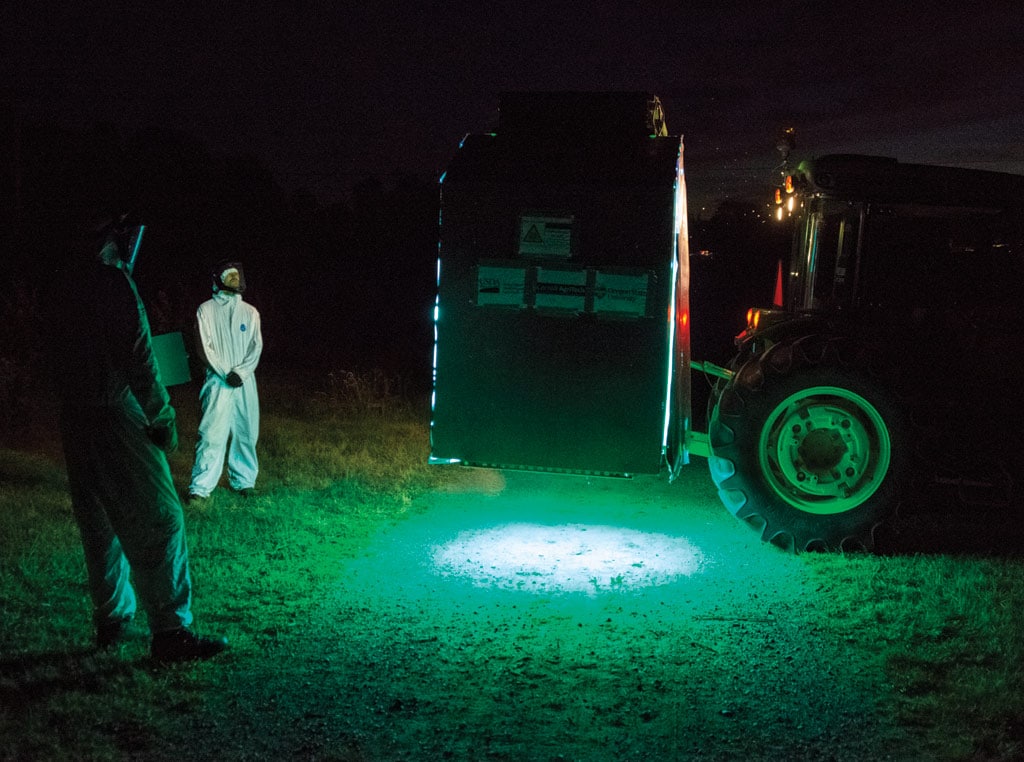 Mildew In The Spotlight

By day, powdery mildew is an unwelcome sight in vineyards dusty-looking leaves and fruit that represent not just crop damage, but a strong likelihood of resistance to popular fungicides. But by night, the pathogen is susceptible to beams of UV light, which gum up its DNA stands.

That’s why scientists and innovative grape growers are burning the midnight oil—and germicidal UV lamps—to pioneer the use of UV control of powdery mildew.

Night fight. Pathologists have been using the ultraviolet (UV) light from low pressure discharge lamps to kill germs since the 1930s. Today, UV light purifies water, cleans the air in air conditioning systems, and sanitizes surfaces around the world.

The wavelength created by low pressure mercury lamps with a clear quartz tube—253.7 nanometers, in the UVC range—causes thiamine base pairs in pathogen DNA to bind to each other. That creates kinks in the DNA strands. Those kinks block the transcription of the genetic material that is necessary for the cells to reproduce.

UVC has been so successful indoors that David Gadoury at Cornell University began experimenting with outdoor applications for powdery mildew control. Powdery mildew is a promising candidate for UV treatment because the entire organism lives on exposed leaf surfaces.

Evolved to thrive in sunlight, Erysiphe necator, the pathogen that causes powdery mildew in grapes, can repair damage from UV light. The challenge: trying to overwhelm the repair mechanism with higher doses of UVC damaged the grapevines, too.

In 2012, Aruppillai Suthparan at the Norwegian University of Life Sciences discovered that UV applications in the dark were effective at a small fraction of the exposure required during the daytime. It turns out that the repair reaction requires blue light, like daylight. At night, the mechanism shuts down. That was just the break Gadoury—who also holds a faculty appointment in Norway—needed.

“At night, you could get away with one-tenth the dose you’d need in the day,” Gadoury says.

Night applications of UVC turned out to be more effective for powdery mildew control in strawberries than the study’s top fungicides, he notes, with no loss of yield. And unlike those fungicides, UV light is highly unlikely to encounter resistance.

“It’s a whole biochemical pathway,” Gadoury says. “You would need simultaneous changes in perhaps thousands of genes at once to create resistance.”

That could make UVC a vital tool in battling powdery mildew, whose shot life cycle and massive population make it quick to develop resistance to fungicides.

USDA-Agricultural Research Service plant pathologist Walt Mahaffee saw it testing grape powdery mildew in Oregon for resistance to DMI fungicides (triazoles and imidazoles, like Rally and Elite) and QoI fungicides (strobilurins such as Abound or Flint) from 2015 to 2017.

It’s little surprise that Mahaffee is very interested in UVC.

For the past two years, Mahaffee and Oregon State University graduate student Alex Wong have been studying UVC on powdery mildew on winegrapes in Oregon, where dry summers make the disease a top concern of growers. At Washington State University, teammate Michelle Moyer is conducting similar experiments.

Mahaffee and Wong have integrated UVC with organic sulfur sprays for powdery mildew. They say the UV light treatment may allow growers to stretch weekly sulfur applications to a two week interval with a nighttime UV application in between.

“Then they can save fungicides for when we really need them, for the critical part of the epidemic, so we get the biggest bang for our buck—not just in terms of our dollar, but the environmental effects, too,” Mahaffee notes.

The fungicide-killing case is promising, but application is a tough sell in today’s labor market.

“Right now, for that driver, you’d be paying time-and-a-half or double-time after midnight,” he says, watching Wong roll slowly through the vineyard. “To be cost-effective, this has really got to be autonomous.”

Next: robots. The first step is sitting a few yards away—a robot called Thorvald, built by Saga Robotics in Norway with electric motors, built-in GPS, and an array of low pressure discharge lamps. Willamette Valley Vineyards in Turner, Oregon, purchased Saga’s first commercial Thorvald for grapes and handed it over to Mahaffee and Wong for trials and what amounts to a shakedown cruise in the challenging terrain of Oregon vineyards.

Willamette Valley Vineyards founder Jim Bernau had been investigating UVC disinfection for his winery’s HVAC system when he remembered Gadoury’s work. He saw that Mahaffee and Wong were studying UVC, too. Bernau convinced his board to buy the robot, let his R&D people test it, then put it in Mahaffee’s hands.

Fast-forwarding the development of an autonomous UVC robot will yield a powerful tool for tackling a major disease while cutting back on fungicide use. Bernau is eager to see it—not just for his own 500 acres of grapes, but for the entire industry.

“You get so much more from collaboration than from hiding the ball from your competitors,” Bernau says. “And you get much more rapid development of ideas and much more rapid application in a commercial way.” ‡ 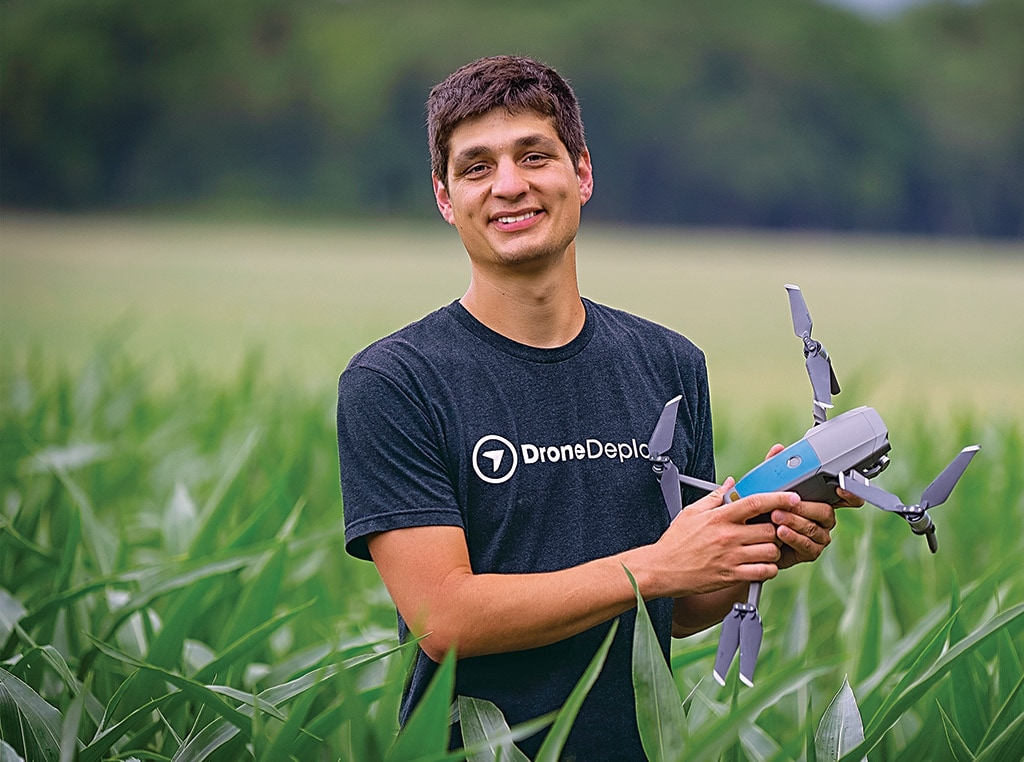 Why Gen Z may find a dream job in agriculture. 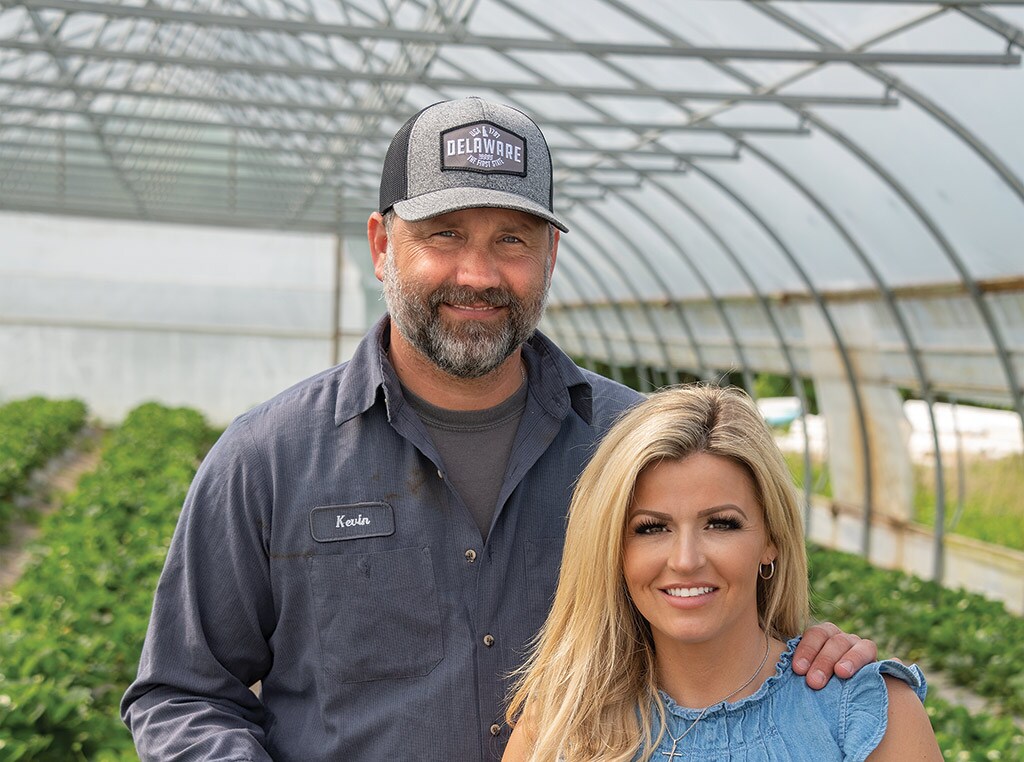