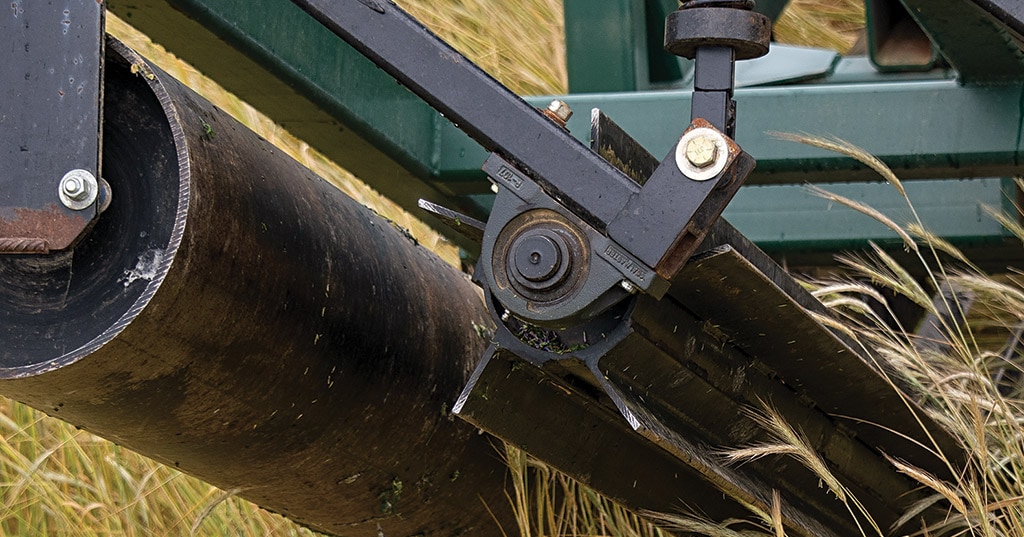 A helpful crimp in the plan.

Long after the crowd moved on to the rest of the North Carolina State research farm tour, Robb Hinton stood alone considering a plot of 30-inch soybeans and a dense mat of rolled, crimped dead cereal rye.

“There wasn’t a single weed. I thought, ‘This is it. This is something special,’” says the Heathsville, Virginia farmer.

His farm is now a test site for a scaled up version of the innovative roller crimper used in that attention-grabbing plot. A design in development by USDA-ARS engineers Ted Kornecki and Corey Kichler at the National Soil Dynamics Lab.

The prototype used to roll hundreds of acres of cover crops on Hinton’s farm the past few years is a 30-foot version of the 6-foot unit demoed at the 2016 field day. It’s a patented three-stage design consisting of a flat roller in front followed by two straight bar crimpers. (See above.)

Hinton is no stranger to rollers. He’s been no-till since 2006 and growing cover crops since 2011. He has tried a variety of rollers.

“Most just push the cover crop down and it springs right back up. You had to spray, too. There was no mechanical death,” he says.

With the two gangs of crimpers, there’s no popping back up.

“There’s a bridging effect. The roller lays the crop down, then the crimpers whack the stem multiple times. It fractures the cells in the plant and the plant dies,” he says. Or at least stays down in a nice mat.

On cereal rye, that can mean terminating the cover crop without spraying and keeping a clean field due to the mulch layer and allelopathy. Or just one herbicide pass to terminate cover crops like hairy vetch, which the combo tool lays down, but doesn’t fully kill.

“It works. The aggressiveness of the crimping bars is right on point. We don’t need to change anything besides increasing durability of the machine,” Kornecki says. “That’s an engineering problem to be solved. We can do it, or the eventual manufacturer who licenses this technology can. It’s very exciting.”

The Potential. So why are Hinton, Kornecki, Kichler and others so excited about their success?

1. Conservation. Over the years, Hinton has learned and observed that cover crops and having a mat on the soil benefit him as a farmer and the environment he farms.

Having effective tools may mean he will be able to further expand his cover crop programs.

For Kornecki, it’s about advancing the world’s ability to practice sustainable farming.

Resiliency is key to sustainability, he says. “We’re seeing tremendous rainfall, fires and droughts like I never saw when I was growing up. As a scientist, it’s my job to provide tools, like the roller crimper, for conservation agriculture to help farmers deal with ongoing climatic changes.”

2. Solutions. Weeds are an increasingly worrisome problem for many, including Tappahannock, Virginia, farmer, Robert Waring.

For Robb Hinton, who raises corn, soybeans and small grains, cover crops are a key part of his farming system. The mechanical damage caused by the roller crimper is more effective at terminating his cover crops than other rollers. This allows him to prevent weed growth on the acres he uses cover crops on instead of only relying on herbicides.

“Marestail is overrunning us and we’re running out of chemistries and technologies to control them. I don’t think there’s much coming down the research pipeline in the next 10 years, either,” the corn and soybean producer says. “I think cover crops and roller crimping is our best shot.”

Farming 500 acres to Hinton’s 1,400, Waring runs smaller equipment. For his scale, he’s hoping to widen his rows and roller crimp with modifications to his planter.

“I have to watch wind direction so carefully it’s impossible to do all my spraying in one day,” Waring says. Fewer passes in the field are the preference for him and Hinton. Hinton has already reduced herbicide use by roller crimping cereal rye and hairy vetch covers creating a weed-blocking mat.

Teaming up. While Hinton and Waring are both excited about what they can do with the roller crimper design, the engineers are equally excited to have them on board.

“We need messengers,” Kornecki says. “The farmers take what we develop and make it work in a system. If Robb tells me, ‘wow, this might work,’ that gets me excited. Farmers like Robb will help move this from design to manufacturing to adoption.”

At Hinton’s request they scaled their model up to a 30-foot width, but bigger isn’t the only way to scale. They want to see it used in huge fields all the way to between beds in organic vegetable production.

“We’re trying to size this concept for as many farmers as possible so everyone has the tools for a conservation system,” Kichler says. ‡ 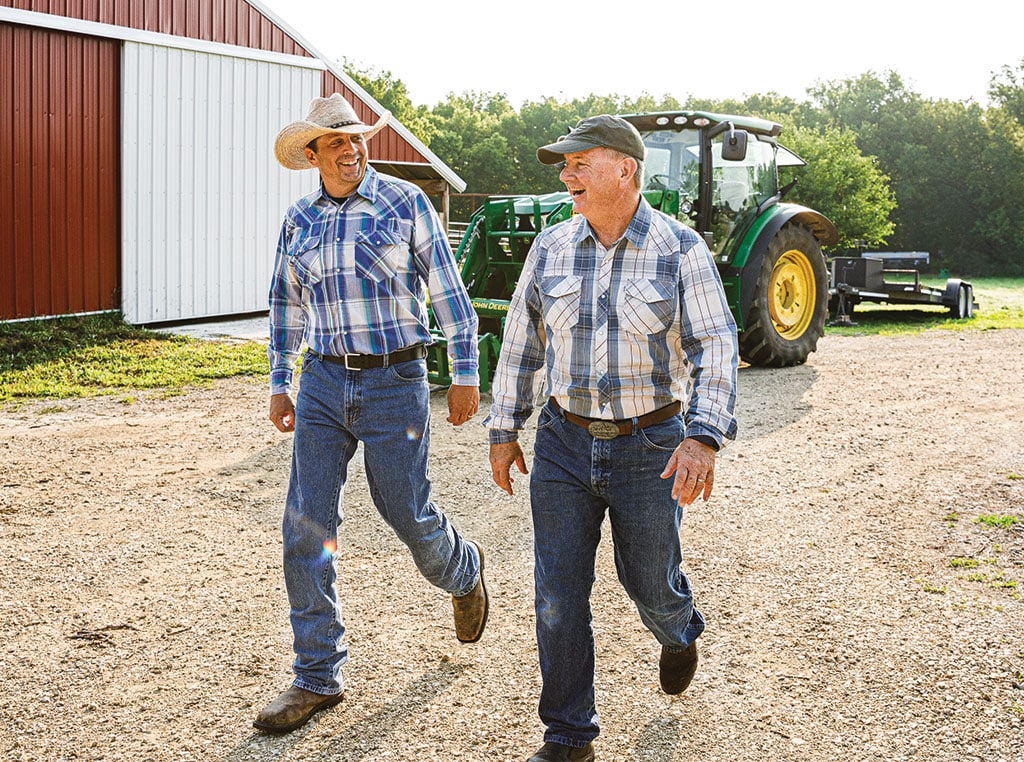 A helpful crimp in the plan.

Rolling with it full story