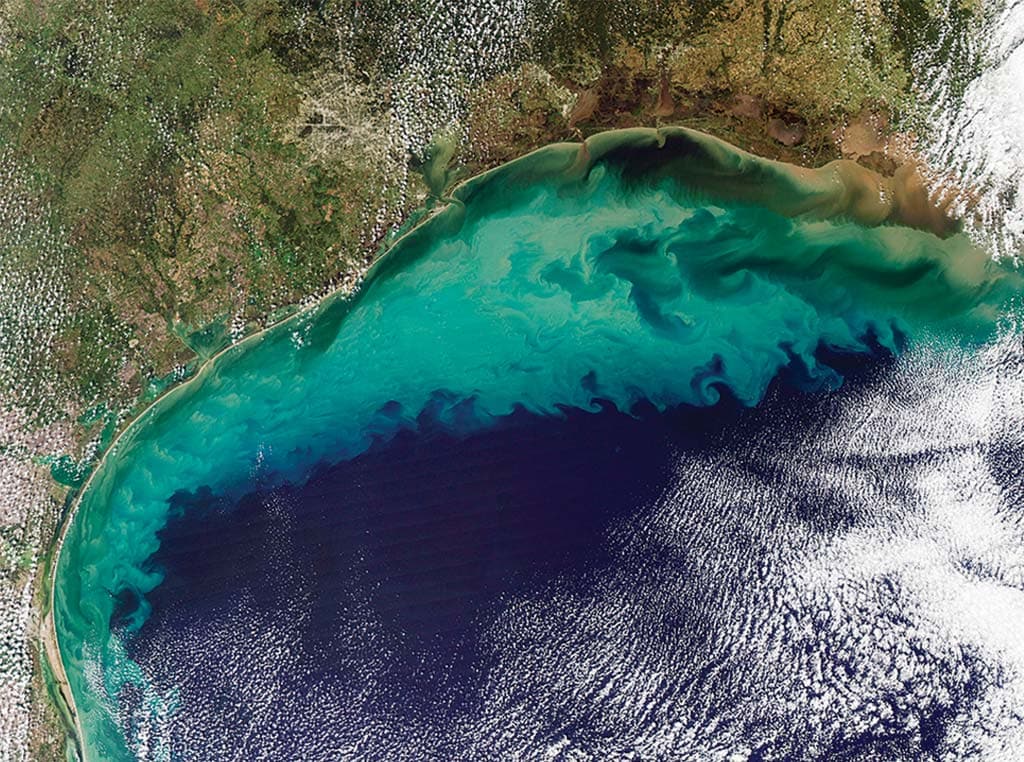 The Mississippi/Atchafalaya River Basin drains into the Gulf of Mexico in this region. The river plumes carry sediment as well as nitrogen and phosphorus that can lead to hypoxic conditions. (Photo: NASA)

A Dent in the Dead Zone

The Mississippi River/Gulf of Mexico Hypoxia Task Force has one of the world’s toughest jobs. It must, metaphorically speaking, decide if a glass of Mississippi River water is half full. Or, perhaps, half empty.

The HTF, as it is known, was created in 1997 to facilitate collaboration between the U.S. EPA and various state and local stakeholders to help reduce the size of the so-called “dead zone.” That’s the area of less than 2 ppm dissolved oxygen waters in the northern Gulf centered at the mouth of the Mississippi River.

The culprit is nitrogen and phosphorous, entering the watershed through upstream runoff of fertilizers, soil erosion, and sewage. The nutrients fuel algal blooms that deplete dissolved oxygen, making it insufficient to support most marine life and forcing species to leave the area.

The HTF began to play a larger role in the agriculture sphere with the 2011 EPA memorandum that led to development of Nutrient Loss Reduction Strategies.

Progress report. The HTF held a public meeting in December 2021, and participants were eager to present information as to whether a decade of activity has made a dent in the dead zone.

Representing the glass-half-full crowd was the Agricultural Nutrient Policy Council. ANPC presented a report that cited progress in 16 states in the Mississippi River basin, including such things as an investment of $23 million in farmer-led research since 2013 by the Illinois Nutrient Research and Education Council. The report pointed out that farmers are investing, field by field and season by season, to install conservation practices on the land that impact water quality.

“We believe the approach is working,” says Lauren Lurkins, ANPC president and director of environmental policy at Illinois Farm Bureau. “The evidence is clear that we have seen measurable progress and that we can, and should, stay the course.”

During public comments in the HTF meeting, however, the glass-half-empty crowd expressed concerns over the speed of progress—and many called for mandatory regulations—citing the fact that the five-year-average size of the dead zone is 5,380 square miles. That’s 2.8 times larger than the HTF 2035 target for the dead zone.

Mike Naig, the Iowa Secretary of Agriculture who co-chairs HTF with EPA’s Radhika Fox, called for patience. “Each of the HTF states are committed to showing continuous improvement towards goals in the Nutrient Loss Reduction Strategies,” he says. “We know that changes on the land lead to positive changes in water.” ‡ 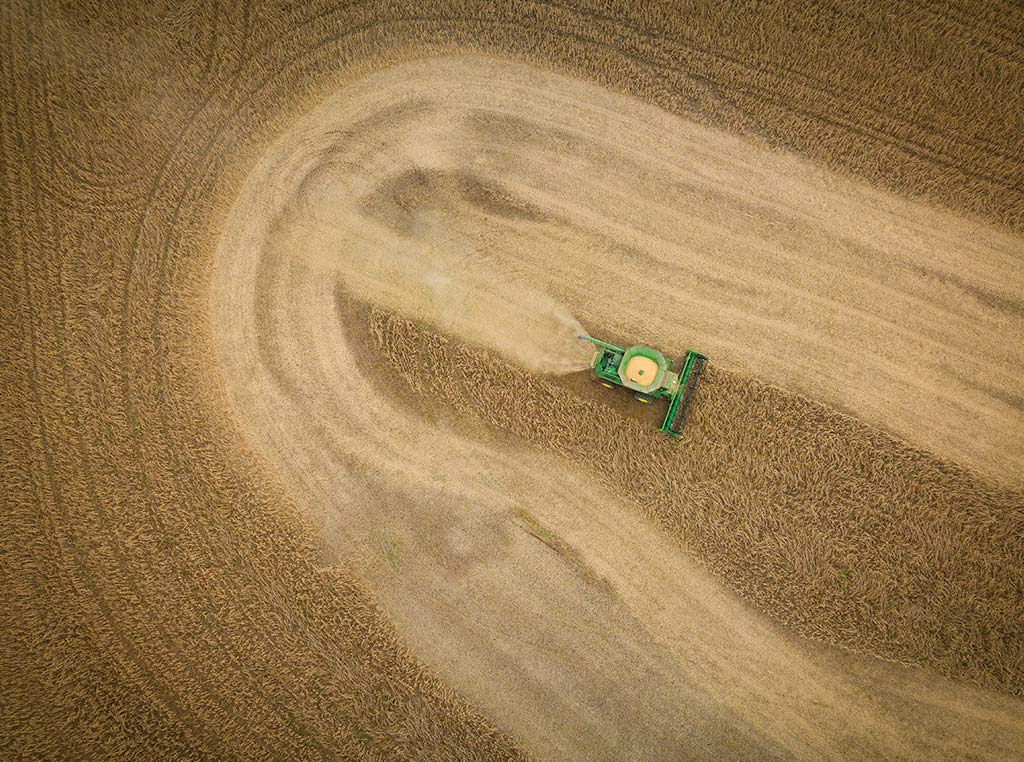 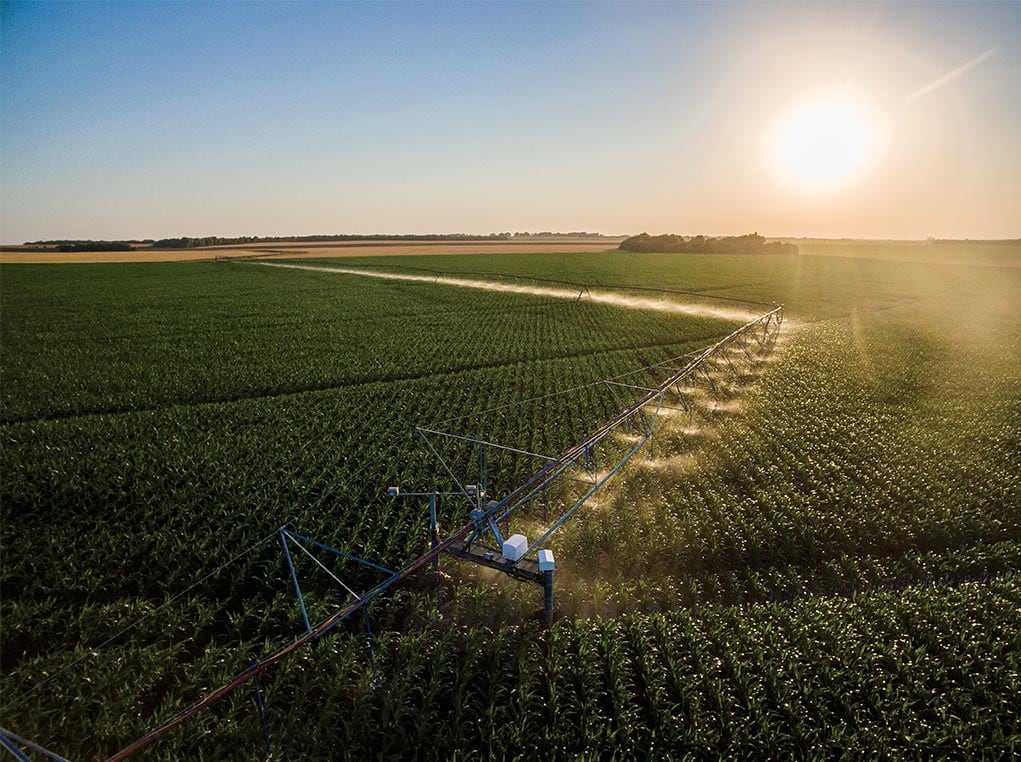